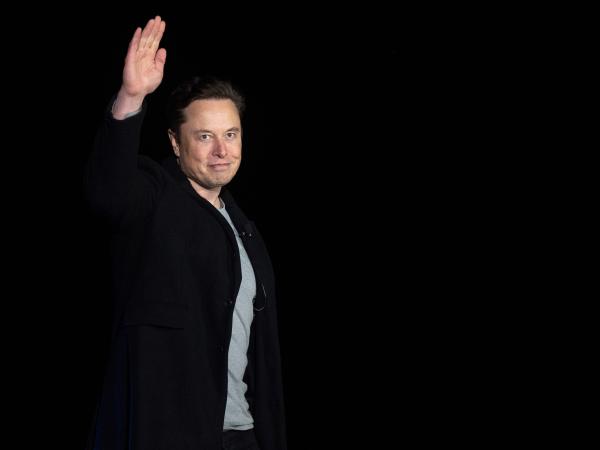 Conquest of space: clever. Disruption of the automobile industry: clever. Take control of Twitter?… Why not?

From eccentric businessman to richest man in the world, to Elon Musk he likes to dream big and nowadays he is everywhere.

(See: The ‘plan B’ that Elon Musk has to stay with Twitter).

Two decades after accumulating his first millions, the South African became, in 2021, the richest person in the world, snatching the title from Jeff Bezos, of Amazon, after the meteoric rise of Tesla, his electric car company founded in 2003.

The billionaire’s latest big splash: the announcement of a bid to take over Twitter, capping off a 15-day roller coaster of announcements and counter-announcements, which Musk has characteristically punctuated by gleefully firing off tweets on the platform.

Just a week earlier, this 50-year-old man made headlines when Tesla cut the tape of a gigafactory the size of 100 football fields in Texas, where the company is now headquartered and Musk himself has relocated from California.

At the same time, your space transportation company SpaceX broke another boundary as a partner in a three-way initiative to send the first totally private mission to the International Space Station.

Musk is also making news in less flattering ways: Tesla has faced a series of lawsuits for discrimination and harassment against black workers, as well as sexual harassment.

Parallel to the flow of business news, the billionaire personality flirts with controversy through a riotous style on Twitter.

His love of living according to their own rules also in the private sphere it keeps the gossips busy.

It was recently learned that Musk had had a second child with his partner, the singer Grimes: a girl who was named Exa Dark Sideræl Musk, although the parents, who have an on-and-off relationship, will usually call her ‘Y’.

(See: If Elon Musk manages to keep Twitter… what would happen?).

He is even expected to appear, in person or not, at the libel trial facing johnny depp with his ex-wife AmberHeard, who previously dated Musk.

One way or another, Musk has become one of the most ubiquitous figures of our time. How did he get here?

Elon Musk is a co-founder of Tesla.

Born in Pretoria on June 28, 1971, the son of a South African engineer and a Canadian model, Musk left South Africa in his late teens to attend college. Queens University, in Ontario (Canada).

After graduating from the prestigious Ivy League institution, he abandoned his plans to continue studying at the Stanford University.

Instead, he founded zip2, an online media publishing software company.

Before he was 30, he made his first millions when he sold Zip2 to the American computer manufacturer company for more than 300 million dollars, in 1999.

Musk’s next company, X.com, ended up merging with PayPal, the online payment company bought by eBay, the internet auction giant, for $1.5 billion in 2002.

After leaving PayPal, Musk embarked on a series of increasingly ambitious endeavors.

founded SpaceX in 2002, where he is now CEO and CTO, and became president of electric car maker Tesla in 2004.

After a few failures and near misses, SpaceX perfected the art of landing rockets on land or sea platforms, making them reusable.

At the end of 2021, it sent four tourists into space, in the first orbital mission without professional astronauts on board.

(See: The details of the offer that Elon Musk presented for 100% of Twitter).

And the businessman has said that he wants to turn humans into a “interplanetary species“, establishing a first colony in Mars.

To do this, SpaceX is developing a prototype rocket, starship, which plans to take crew and cargo to the Moon, Mars and beyond.

The billionaire claims to have “confidence“In which an orbital test occurs in this 2022.

Musk has American, Canadian and South African nationality, and has been married and divorced three times, once with the Canadian writer Justin Wilson and two with the actress Talulah Riley. He has seven children (an eighth child died in infancy).

Forbes estimates the South African’s current net worth to be $265 billion.

Elon Musk, the man who wants to conquer space and networks