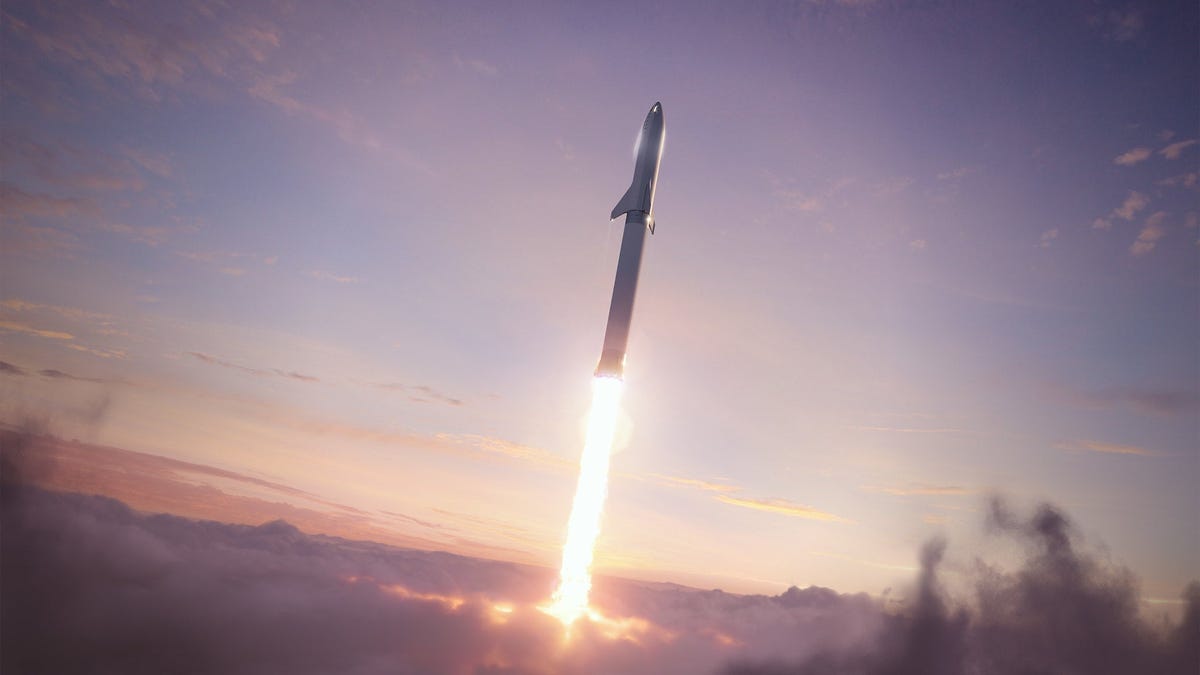 Speaking to a group of scientists, SpaceX CEO Elon Musk provided an update on the program. Starship and how the company plans to make about a dozen launches of the gigantic rocket next year, the first of which could occur in January.

Musk spoke Thursday, Nov. 17, during a joint virtual meeting of the Board for Space Studies of the National Academies of Sciences and the Board of Physics and Astronomy. The main topic was the Starship, but the hour-long conversation turned to topics like existential risks, solar energy, and planetary protection. Musk’s 18-month-old son X Æ A-Xii made a short but adorable cameo.

“We are close to our initial orbital launch,” hoping to make the maiden Starship flight “in January or maybe February,” Musk said. The plan is to launch the SN20 Super Heavy Booster 4 and Starship prototype from SpaceX’s Starbase facility in Boca Chica, Texas, United States. When they stack together, these two reusable stages create a mega rocket that reaches 120 meters in height, making it the tallest rocket ever built. The upper stage has already undergone multiple tests, including one in May when the SN15 prototype managed to make a successful landing.

Musk was quick to temper expectations, saying Starship likely won’t reach orbit during its first attempt. “There is a lot of risk associated with this first launch, so I wouldn’t say that it is likely to be successful, but I think we will make a lot of progress,” he said, adding that “I am confident that we will get there. [a la órbita] next year, and we intend to have a high rate of flight next year. ” SpaceX could attempt 12 Starship launches in 2022, or “maybe more,” Musk said.

For the first proof orbital of a stacked spacecraft, the rocket will enter Earth orbit but complete less than one full revolution of Earth. The Super Heavy Booster component will land in the Gulf of Mexico, while the upper section will drop about 100 km off the northwest coast of Kauai, Hawaii.

Starship is designed to carry cargo and passengers to Earth orbit, the Moon, Mars, and possibly beyond. “Ultimately, Starship is designed to be a pervasive transport mechanism for the solar system,” Musk said. The founder of SpaceX has his sights set on using Starship to colonize Mars. “I think for life to become multiplanetary, we will need maybe 1,000 ships or something like that,” he said.

Mars aside, SpaceX needs to prove the rover is fit for trips to the Moon. In fact, the stakes are high in these upcoming tests of the system, as it concerns the spacecraft scheduled to take NASA astronauts to the Moon possibly at some point. from 2025.

Musk hopes to use Starship for operational missions starting in 2023. SpaceX intends to “complete the test flight program next year, which means it is probably ready for valuable payloads, that is, not for tests, but for cargoes. real real tools in 2023, very soon ”.

SpaceX, it must be said, still requires regulatory approval from the US Federal Aviation Administration (FAA) to launch the two-stage spacecraft. The FAA is currently checking public safety issues, national security concerns, and potential environmental impacts, among other things. The regulator is evaluating thousands of written and oral comments received during the public hearings, which closed on November 1. A decision is expected on December 31, in which the FAA will decide to either grant a license or initiate an extensive environmental impact assessment, which could cause considerable delays.

Starship was not the only topic that was debated on November 17. When asked about the possible existential risks facing humanity, Musk reiterated his concern about the potential for artificial intelligence to harm us (and is not wrong). He mentioned nuclear armageddon, declining birth rates, future pandemics, and religious extremism as other threats. On the subject of energy, Musk said that terrestrial solar farms, and not solar-based energy in the space, should be sufficient to meet future demand. As for humans contaminating Mars with microbes from Earth, Musk said it is probably inevitable, especially given plans to colonize the Red Planet. Still, we should “contain” human activity “at least in one place” and not spread our microbes all over the Red Planet, he added.

SpaceX isn’t the only group to test mega-rockets next year. NASA’s Space Launch System (SLS) could be launched on February 12, 2022. Both rockets are intended to play a role in the Artemis program to send humans back to the Moon.

Elon Musk: Starship’s first orbital launch will be in January