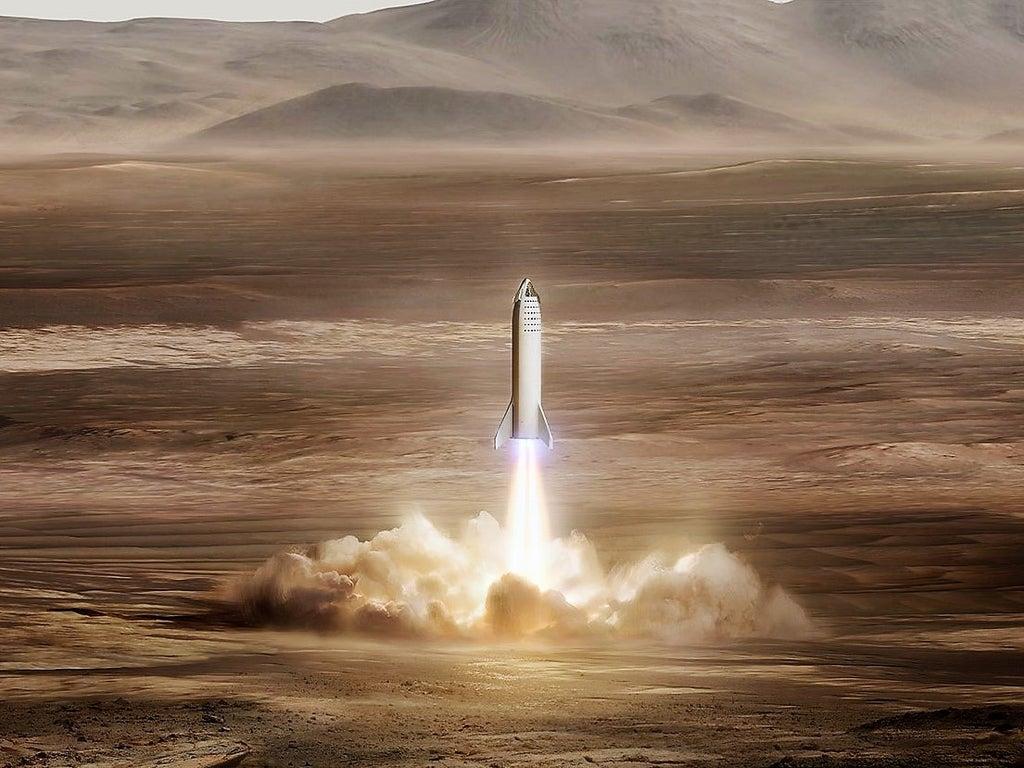 The head of SpaceX, Elon Muskset 2029 as the year that humans will reach Mars on board the rocket star ship of your company.

The tech billionaire had hoped to carry out the first manned missions to the Red Planet in 2024 or 2026, but development of the next-generation spacecraft has been delayed.

The delays are due to Jeff Bezos’s Blue Origin lawsuit against NASA for awarding SpaceX a multi-million dollar contract to develop the Starship as a lunar lander, as well as Musk’s decision to refocus his priorities on the project. of space Internet Starlink after the Russian invasion of Ukraine.

SpaceX has already reached several milestones in its attempts to build a multiplanetary rocket capable of carrying people and cargo around the Solar System, recently stacking the main craft aboard a Super Heavy rocket at the company’s facility in Texas.

When combined with its booster, Starship will be capable of launching up to 150 tons of payload into orbit, making it the most powerful rocket ever built.

Starship’s first orbital flight test is expected to take place in the next month, taking it on a 90-minute journey from Starbase to a landing site just off the coast of Hawaii.

Several high-altitude flight tests of Starship have been conducted, although only one of them ended with the rocket landing in one piece.

The biggest hurdle is ensuring the rapid reusability of the starship, which Musk says is critical to achieving his goal of transforming humanity into a multi-planetary species.

“If planes weren’t reusable, how much would a plane ticket cost?” Musk asked during a Starship event last month, where he claimed the flights could cost as little as a few million dollars, which he called “insanely low” by today’s standards.

The ultimate goal is to establish a permanent colony on Mars by 2050, and Musk recently suggested that crewed missions would begin before 2030.

In response to a question on Twitter late Wednesday, Musk offered a more concrete date: 2029.

The SpaceX boss shared last month an animation of what such a trip could look like, showing the booster that puts the main starship into orbit before landing on Earth.

The spacecraft then docks with a resupply station in orbit around Earth, before continuing its seven-month journey to Mars.