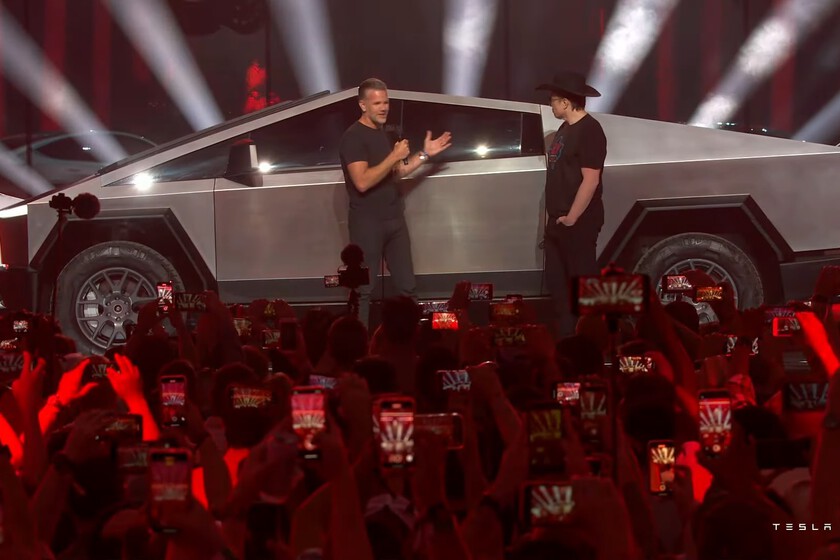 Like it more or like it less, it must be recognized that Elon Musk and Tesla know how to throw good parties. They have done it in the past and they have repeated it in Texas, with the inauguration of the new Gigafactory of the firm in Texas at an event called cyber rodeo. During his mass bath, Musk has also announced important news.

The Tesla Cybertruck, one of the vehicles that has caused the most expectation since it was announced in 2019, once again has a launch date. As Elon Musk himself has announced, the huge electric pick-up will arrive in 2023 and it seems that this will be the final date, after a first delay in 2021, which postponed its departure to 2022 and, finally, left the vehicle no official date launch. In the part end of 2021 The departure in 2023 has already been rumored, which finally seems to be confirmed.

The creator and CEO of Tesla, a recent member of the board of directors of Twitter, has emphasized that the first units of the Tesla Cybertruck will be sent next year to its buyers. At the beginning of the year, Musk pointed to the semiconductor crisis as the main reason for these delays, which also seems to have swept away the promised $25,000 electric.

The Tesla Cybertruck is a huge pick-up that promises ranges of more than 800 kilometers for a price that is close to the $40,000, with an aesthetic… particular. In fact, its daring bodywork has been the subject of debate as to its possible homologation in Europe and during his presentation one of the most awkward moments that are remembered, when the vehicle was not able to withstand a blow against one of its armored windows.

More announcements in the Texas Gigafactory

The new Tesla Gigafactory in Texas will be in charge of manufacturing the large vehicles Of the brand. From its production line will come the future Tesla Model YTesla Cybertruck and Tesla Semi, the electric truck of the brand. The objective is to increase production and for the Texas plant to become the one with the largest production in the United States.

In fact, this increase in production has led Musk to launch one of his most bombastic phrases. They hope that with this new factory, Tesla will increase production as “no company has achieved in the history of mankind”, according to what they collect in gadget. The truth is that no specific figures have been given.

Beyond the Cybertruck, Tesla is also expected to start production in 2023 of its electric truck and its Optimusan humanoid robot specifically designed to perform “unsafe, repetitive or boring” tasks. At the event it was also possible to see the Tesla Roadsterof which no news was offered.

Elon Musk says that the Tesla Cybertruck will start selling in 2023 (and this time yes, he is serious, or so it seems)