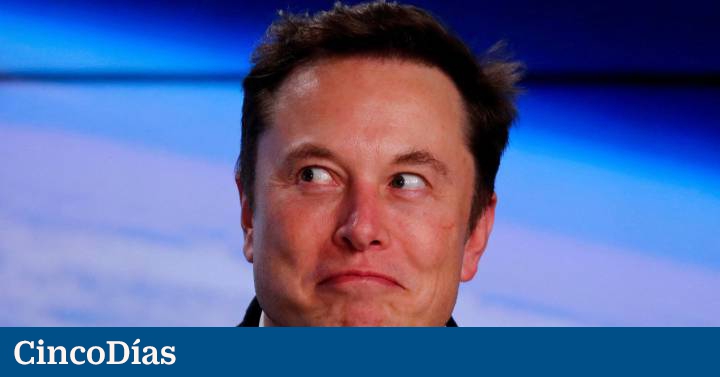 Elon Musk’s decision to invest 2.9 billion dollars in Twitter shares to acquire 9.2% of the company and become its largest shareholder has not fallen on deaf ears. The news has set off alarms among the workers of the popular social network, especially when they learned that the founder of Tesla – an avid Twitter user, but also one of his biggest critics – was going to be part of the company’s board of directors. . There were so many messages from employees that reached the top of Twitter expressing the fear that Musk will sabotage his culture and make his work difficult, as published on Friday by the Washington Postthat the CEO of the social network, Parag Agrawal, sent an email to the staff to announce that the controversial new shareholder will soon participate in an internal question and answer session with employees so that he himself can answer their questions.

As this American newspaper tells us, these types of meetings are frequent between employees and directors of companies in Silicon Valley, but it is rare for a member of the board to participate in them. However, the formula seems the best option to try to clear up doubts about Musk’s true intentions on Twitter. More after having criticized on numerous occasions the policy of freedom of expression of the social platform and its role in democracy.

Despite the fact that Musk was classified in an SEC form as a “passive” investor on Twitter last Monday, a day later another form reclassified him as “active”. A clear warning that he wants to play an influential role in the strategy of the social network, one of the most viewed news sources in the world. Musk himself already advanced it in some way when in a tweet in response to the public welcome that Agrawal gave him, he assured: “I look forward to working with Parag and the Twitter board to make significant improvements in the company in the coming months.”

Hours earlier, Musk had polled his 80 million Twitter followers to find out if they were in favor of an edit button that would allow tweets to be edited after posting, something many Twitter users have been calling for for a long time. A few hours later, the social network announced that the button was already in the process and that it will begin to be tested within the Twitter Blue subscription service. Although the social network indicated that it had been working on this tool for some time, the news was interpreted as a reaction to the arrival of Musk.

Mandeep Singh, an analyst at Bloomberg Intelligence, has no doubt that Musk is in a position to influence Twitter’s strategy and sees more than likely changes to the company’s board and management in the next six months if the company’s performance is lower than its peers.

It remains to be seen whether Musk becomes a Chinese in Twitter’s shoe that hinders his culture and the way he works or he will be able to promote changes that will grow his business. Twitter continues to drag serious problems that prevent it from accelerating the growth of its income and increasing its global audience (It has set itself the goal of adding 100 million more users, up to 315 million, by the end of 2023), but to do so, it will have to accelerate the pace of product development. And if Musk brings to Twitter the dynamism he has brought to his own companies, it could be a catalyst for change.

But we also know that the founder of Tesla, who has used his popularity on Twitter to carry out personal vendettas and promote their own businesses and technological ideas, could pursue an increasingly political agenda with its landing on the social network. Musk floated the idea in a tweet to create an alternative social network with fewer restrictions on what people can post, which has led to speculation that he may seek to relax Twitter’s content moderation policies, defending freedom of expression to outrageous

However, Twitter has spent years developing tools to combat spammisinformation and hate speech, and has been forced to curtail its initial ambition for full freedom of expression and without censorship that it always championed. It was the first social network to take action against Donald Trump for his tweets in support of those who stormed the Capitol in January 2021.

As Enrique Dans, professor at the IE Business School, points out on his blog for Twitter, the problem of managing participation has been one of the most important that it has had to face throughout its history, with stellar moments in which even some companies that considered acquiring the platform gave up doing so because of what it had as a place for hate, insults and unedifying behavior. “That, together with the fact that many public figures left Twitter after receiving insults of all kinds on a regular basis, led the company to gradually harden its position and provide tools to denounce this type of behavior, in addition to protecting itself against certain uses. organized in matters such as politics, public health, etc. According to this expert, “a return to anything goesat this point and with the experience of years of social media, It would be complex and controversial at the very least.”

Certainly, any action that affects the handling of content on Twitter is sensitive. The edit button itself can harm the social network if it is not well implemented. If users have a time limit to edit a tweet after posting it (to correct a spelling mistake or rectify misinformation), it can be good to improve the quality of the content, but if there are no limits, serious manipulation problems could arise if the authors of viralized tweets later change the content of their messages.

Will Musk’s figure be healthy in the long term for the social network? Hard to answer now. Dans assures that those who invest in Twitter do not do it so much for its profitability prospects (the social network’s share has barely appreciated 78% since it began trading in 2013, compared to 788% for Meta), but because he believes in its value as a tool for social communication and, eventually, for marketing. But surely the richest man in the world wants to continue being so and will fight because the stock rises. Will it achieve this by promoting Twitter’s move towards web3, towards a decentralized social network that gives the user more freedom?