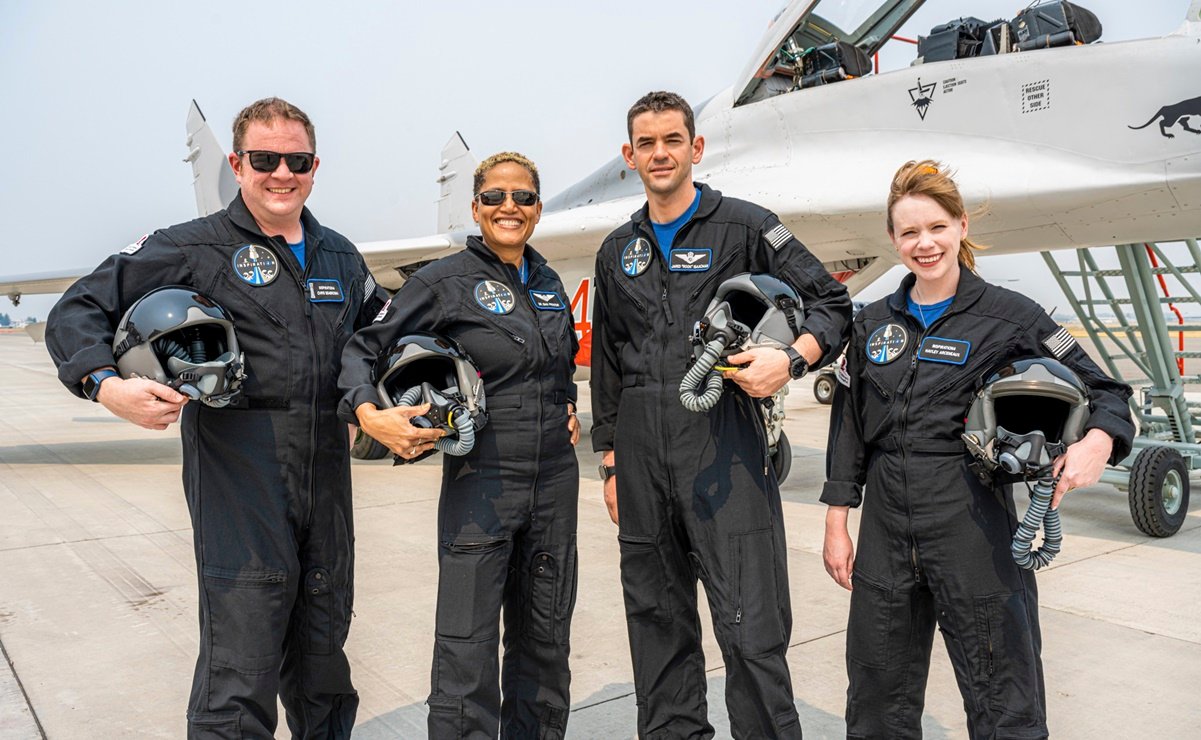 The first private space flight of SpaceX took off on Wednesday night with two contest winners, a health care worker and her wealthy sponsor, in the most ambitious leap yet in the spacial tourism.

It is the first time that a rocket heads into orbit with a crew devoid of professional astronauts.

The two men and two women aboard the Dragon capsule intend to spend three days circling the world from an unusually high orbit, 100 miles higher than that of the International Space Station, and then land in the sea near the Florida coasts this weekend.

At the forefront of the flight is Jared Isaacman, 38, who made his fortune with a payment processing company that he created in his teens.

The trip represents the entrance of the founder of SpaceX, Elon Musk, in the competition for space tourism dollars. Isaacman is the third billionaire to launch into space this summer, following the brief flights of Virgin Galactic’s Richard Branson and Blue Origin’s Jeff Bezos in July.

The protagonists of this unique mission are:

38-year-old Jared Isaacman created the Shift4 Payments company, which provides integrated payment processing solutions, in the basement of his family’s home in 1999 when he was just 16 years old.

Today Shift4 Payments is a company with more than 1,200 employees, which is listed on the New York Stock Exchange and is a leader in its sector.

Isaacman is worth about $ 2.4 billion, according to Forbes, and his passion is flying.

He is a pilot of commercial and military aircraft and holds several world records, including two flights. Speed-Around-The-World en 2008 y 2009, with which money was raised for the Make-a-Wish Foundation.

But, in addition, he is an acrobatic pilot and as such has participated in more than 100 aerial exhibitions of the group Black Diamond Jet Team.

In 2011 Isaacman co-founded what would become the Air Force The world’s largest private company, Draken International, to train pilots for the United States Armed Forces.

“Someday in the future, 50, 100 years from now, there will be a lunar base, probably also a kind of Martian colony. But you have to start somewhere and I think that when this mission is accomplished, people will see it and say it was the first time that ordinary people could go to space, “he said last March.

The medical assistant Hayley Arceneaux, born in Baton Rouge (Louisiana) 29 years ago, is a survivor of bone cancer that was diagnosed when she was 10 years old.

She works in one of the St. Jude Children’s Research Hospital centers, precisely the institution where she was treated and cured of this serious illness and which is going to benefit from the funds raised with the Inspiration mission.

Last February, when it was announced that she would be one of the participants in the mission, she said: “I can’t wait to show the world what cancer survivors can do.”

The young woman will occupy the seat called “Hope” on the Dragon ship.

42-year-old former military and aeronautical engineer Chris Sembroski, who will occupy the “Generosity” seat, grew up with a natural curiosity about outer space.

Gazing at the stars late at night from the roof of his high school and launching high-powered model rockets at the university cemented
this passion.

As an advisor to the US Space Camp he conducted simulated space shuttle missions and as a college student he volunteered at ProSpace, an initiative that helped open space travel and allow companies like SpaceX to exist.

He then served in the United States Air Force, with which he was stationed in Iraq, and upon leaving active duty in 2007 he earned a BA in Professional Aeronautics from Embry-Riddle University in Florida.

Sian Proctor, who will occupy the “Prosperity” seat, is a geoscientist, explorer, and science communication specialist with a passion for space exploration.

He was born in Guam 51 years ago while his father worked at the NASA during the Apollo missions and has continued his dedication and interest in space.

Proctor has conducted activities in simulated space conditions, known as analog missions, including the so-called Sensoria Mars 2020, and was a 2009 NASA Astronaut Program finalist.

Read also: Space tourism freezes: they investigate the diversion of the ship that transported Richard Branson

She has been a geoscience professor for more than 20 years at South Mountain Community College in Phoenix, Arizona and is now the Open Educational Resources Coordinator for the Maricopa Arizona Community College District.

He is licensed as a pilot and diver, loves to explore the world, and has written a cookbook called “Meals for Mars.”

One of its points of interest is the creation of a fair, equitable, diverse and inclusive space for all humanity.