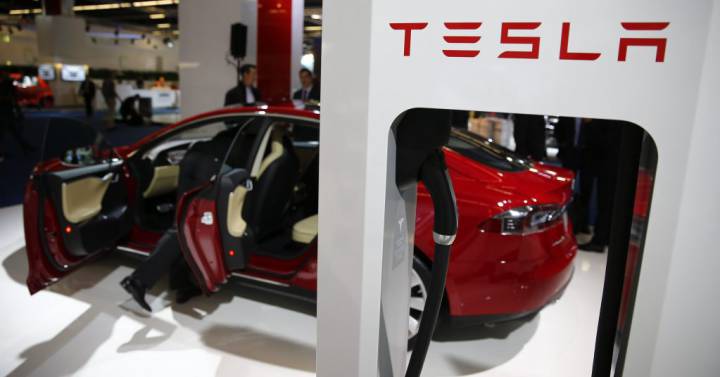 Elon Musk may top Joe Biden’s lead for EVs. Tesla models would not qualify for an additional tax credit on the president’s $ 1.8 trillion spending plan, because their vehicles are made by non-union employees. But Musk has other engines for success, mainly China.

Biden’s electric vehicle push has clear winners and losers. A proposal being considered in Congress would add an additional $ 5,000 tax credit for US-made, organized-labor vehicles and batteries, on top of the current $ 7,500. So far, General Motors’ Chevrolet Bolt is the only model that qualifies, although future versions of Ford Motor’s F-150 pickup, Cadillac Lyriq and GM’s Hummer would also be eligible.

This is a disadvantage for Tesla, the largest US manufacturer of electric vehicles, which is worth a trillion dollars. Although it makes cars in California and soon in Texas, the workers are not unionized. It is one of the automakers, along with Toyota, Honda and other foreign companies, that has criticized the tax credits.

Still, it’s only a small blow to Tesla. Musk’s firm dominates the US market with about 73% share in the third quarter, according to Experian. The Teslas are already more expensive, and their sales have not been depressed even though the tax credits already favor other cars. The $ 7,500 consumer incentive peaked for the firm in 2019, when it surpassed 200,000 eligible vehicle sales. Despite this, Tesla’s sales soared more than 70% in the third quarter.

Musk also has another sales outlet: China. The People’s Republic is Tesla’s main export center, and last year revenues more than doubled, to $ 6.7 billion, while the United States grew 20% to $ 15.2 billion. According to Rystad Energy, China accounted for about half of global electric vehicle sales in September, and Beijing has set a goal for them to account for 40% of all car sales by 2025.

The cheaper Chevrolet has made some inroads in the United States, but a battery recall more than halved its market share between the second and third quarters, to 4%, according to Experian. Tesla already plans to drop in price, with a $ 25,000 model that could launch in 2023. That will keep sales going, even without the added boost from Biden.

The authors are columnists for Reuters Breakingviews. Opinions are yours. The translation, of Carlos Gomez Down, it is the responsibility of Five days

Elon Musk can afford Biden’s snub of the electric car