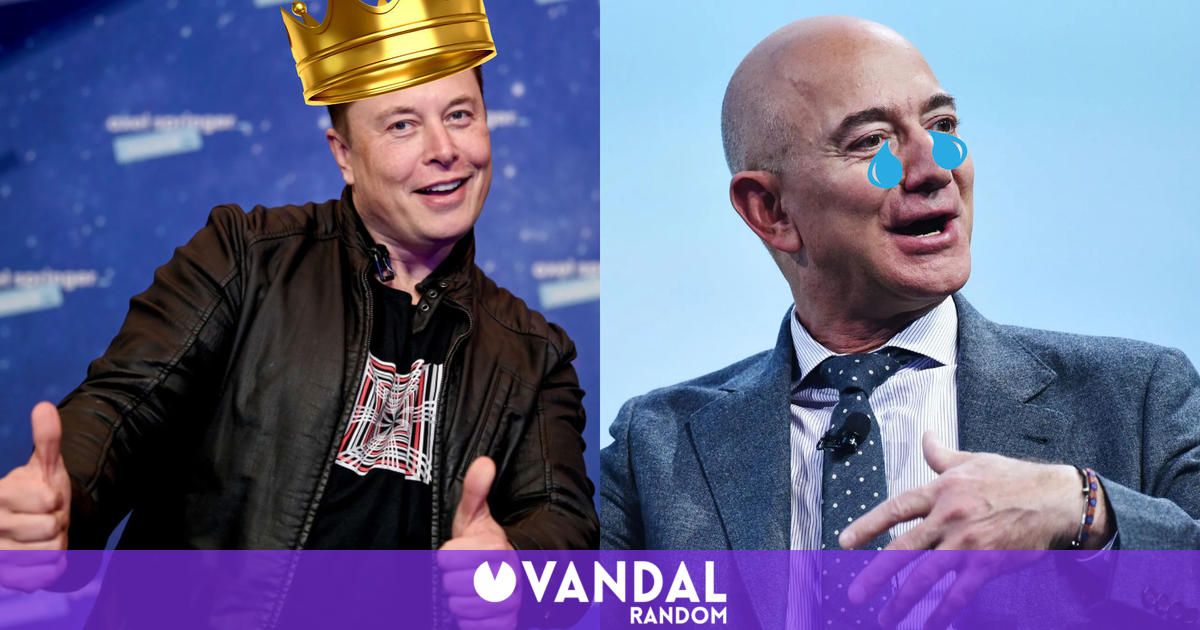 Elon Musk needs to feel better after her unexpected breakup with Grimes after spending more than three years together. The eccentric Tesla and SpaceX businessman, who plans go back to the moon in the future and launch in 2023 a new line of its famous vehicles, becomes the richest man on the face of the earth as it comes from Gizmodo. Of course, the tycoon has celebrated it in style by launching a friendly puja towards his eternal rival Jeff Bezos, director of Amazon, who for just a month has been in full investigation to achieve immortality.

Forbes announced this Tuesday that Musk again unseated Bezos as the richest billionaire in the world. Currently, Musk’s estate is worth approximately 201 billion dollars, thanks in part to a notable rally in Tesla shares. Musk is considered to be the third person to amass a similar fortune after Jeff Bezos and Bernard Arnault, CEO of Louis Vuitton. As we mentioned at the beginning, he has not been able to contain himself and has sent a sympathetic message to Bezos after taking the position from him in an email to Forbes: “I am going to send a giant statue of number ‘2’ to Jeffrey Bezos, along with a silver medal“Musk joked his rival.

A fight worthy of a schoolyard

Elon Musk is known worldwide, in addition to his technological revolutions, for his comments – sometimes unfortunate – in press releases. However, the businessman does not cut a hair when it comes to throwing knives – metaphorically, of course – at Bezos, especially considering that the latter recently sued NASA for irregularities in space contracts, thus paralyzing the lunar lander of the Artemis missions that were being prepared from SpaceX. This bite between the two can generate some embarrassment among other people, since in the eyes of the world it seems like a schoolyard fight.