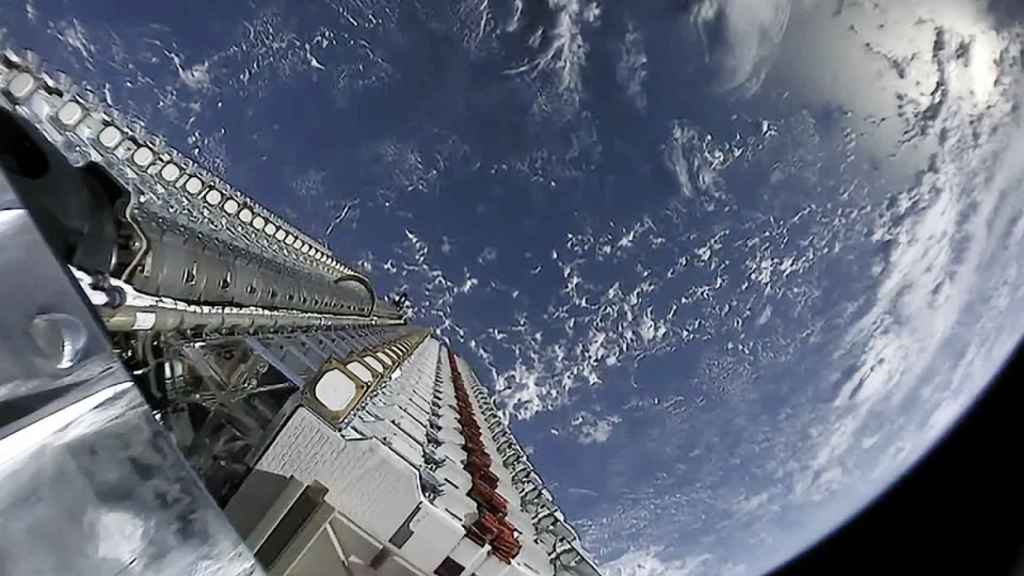 There is no week in which Elon Musk does not end up involved in a new controversy. When it is not his contradictory attitude regarding the purchase of Twitter, it is a controversial peace proposal between Russia and Ukraine, with a survey included in the social network. But the owner of Tesla and SpaceX, the richest man in the world, always ends up outdoing himself. Now, after it was revealed this week that he had asked the Pentagon that bear the cost of supply Starlink satellites to Ukraine, has publicly retracted on Twitter: “to hell with this”.

Since the beginning of the Russian invasion of Ukraine, one of the key elements for the fierce Ukrainian resistance and counter-offensives, according to their own military commanders, has been the satellite Internet connection provided by SpaceX devices. Thus, the threat of the withdrawal of this service could be a major blow to the Ukrainian defenses in areas that would otherwise be left without coverage.

In addition to assisting military forces on the ground, Starlink terminals have provided critical infrastructure support across the country, and any move to remove them could hamper Ukrainian progress against Russian attacks. If Musk permanently withdraws from service, he too would risk a reaction not only from Ukraine, but also from countries that, like Spain, have provided financial and military support for months without conditions or threats.

Musk himself recently estimated the cost of donations and subscriptions to the Starlink service financed by SpaceX in $80 millionand assured that, at the end of 2022, that figure would increase to 100 million (although he also spoke of a cost of 20 million per month).

However, a report by the Ukrainian news agency Ukrinform, citing data from the Ministry of Digitization, indicates that the vast majority of the 20,000 Starlink terminals in the country presided over by Volodímir Zelensky have been provided and paid for Poland, the European Union, and European and Ukrainian private companies.

Starlink satellites ready to be deployed in space

The The United States Agency for Development (USAID), in a public-private partnership with SpaceX, has provided Ukraine with 5,000 of these devices since the beginning of the invasion, for which paid more than 3 million dollars to Musk’s companyaccording to documents from the agency itself.

That is why, among other things,as continuous statements and viral tweets of the tycoon have outraged Ukrainian citizens and their authorities. Zelensky’s own spokesman responded ironically on Twitter to his proposal for a negotiated solution with Russia: “Tesla is a good car, but we prefer the HIMARS”, referring to the missile launchers what a good result are having on the battlefield.

The hell with it … even though Starlink is still losing money & other companies are getting billions of taxpayer $, we’ll just keep funding Ukraine govt for free

After the information from CNN about Musk’s talks with the Pentagon about the possible withdrawal of service in Ukraine and the confirmation of the businessman himself on social networks, yesterday he seemed to change his mind. “To hell with this. Even though Starlink is still losing money and other companies are getting billions of dollars from taxpayers, we will continue to finance the government of Ukraine for free“, read his tweet.

In the responses to Musk’s tweet, while some extol his alleged philanthropy, others offer concrete data, such as the Ukrainian businessman Dimko Zhluktenko, who has launched several campaigns of crowdfunding to finance, among other things, Starlink terminals. “I haven’t seen any Starlinks that have been bought by governments or by SpaceX. All the Starlinks I’ve seen/used were bought by volunteers like me, or the soldiers put their personal money“, reads a very detailed thread also posted on Twitter.

Very interesting statement from @elonmusk re Ukrainian StarLink and how damaging it is for @SpaceX economics.

Being Ukrainian actually in the topic of StarLinks, I want to tell you some based facts re starlinks in Ukraine.

Faced with this type of response to his message, Musk himself added fuel to the fire, saying that “the comments in this thread are the wet dream of a conspiracy theorist“.

The Pentagon also seems to have made a move after the tycoon’s latest statements. “We are committed to talking to SpaceX,” a Defense Department spokeswoman said at a press conference on Friday. At the same time, she assured, the US, Ukraine and their allies also are evaluating options with other communications companies to provide satellite Internet connection.

Elon Musk backtracks: he now says he will continue to finance the use of Starlink for Ukraine