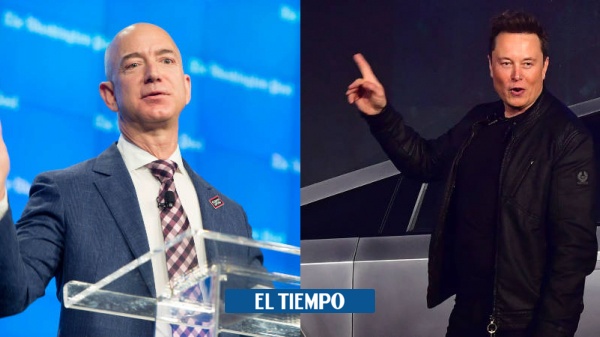 In the last ranking of the richest men in the world made by the magazine ‘Forbes’ Jeff Bezos led for the fourth consecutive year -with a fortune of 177 billion dollars-, while Elon Musk it was the second – with 151 billion dollars.

Is that why the second likes to make fun of the first? He has already done it on several occasions.

On this occasion, Musk made several mocking comments in the middle of an interview with the financial media ‘Financial Times’ regarding Bezos.

(Can read: This is how Musk must spend the 6 billion dollars to end hunger).

‘I should spend more time working’

Let’s remember the space race went from being a competition between countries, to become a challenge between companies of billionaires. That is the case of Blue Origin -of Bezos- and SpaceX -of Musk-, which compete with his projects of exploration of outer space.

(We recommend: Astronaut’s daughter and TV host launched into space by Blue Origin).

Well, Elon Musk mockingly pointed out that Jeff Bezos has to spend more time working and less time relaxing if he is to beat his space project.

“Has reasonably good engineering aptitude, but takes himself too serious (…) He does not seem willing to expend mental energy on the details of the engineering, “he declared, asserting that the key is precisely in those small details.

(Read also: This group of young people showed Musk how to tunnel faster).