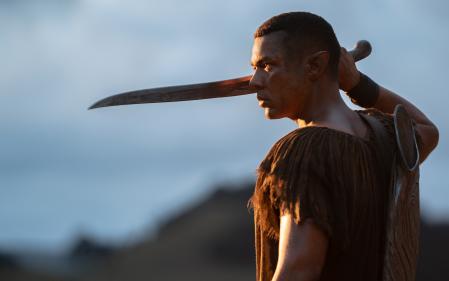 “Tolkien is rolling in his grave,” Elon Musk said on social media on Monday. He joined the current of thought that he qualified The Lord of the Rings: The Rings of Power as a work woke up before its premiere. That creators JD Payne and Patrick McKay had taken JRR Tolkien’s fantasy universe and preferred to give more prominence to women seemed to be an unspeakable offense. It was also important that Afro-Latin elves existed because, as everyone knows, the continent of Middle-earth was the ancient Caucasus and the introduction of other physical traits completely changes the essence of the fantasy universe.

After a second tweet, his prejudices were even more in evidence. “Pretty much all the male characters right now are cowards, jerks, or both. Only Galadriel is brave, intelligent and nice, ”he concluded. But, in a cast as choral as that of the Amazon Prime Video series, it is easy to dismantle this statement. Yes, it is true that Galadriel (Morfydd Clark) is brave, intelligent and nice. So are the hairy Nori (Markella Kavenagh) or the human Bronwyn (Nazanin Boniadi). However, the male characters are far from being solely antagonistic or ridiculous.

According to Musk, Tolkien is “rolling over in his grave” and “pretty much all the male characters are cowards, jerks, or both” unlike Galadriel.

The first hero fallen in battle is Finrod (Will Fletcher), the brother of the well-known Elf. Arondir (Ismael Cruz Córdova) is an elf with a sense of responsibility as well as love and solidarity for humans, not even because of his feelings for a human. Any hairy sidekick like Largo (Dylan Smith) or the wise Zadok (Lenny Henry) is charismatic: the hobbits are the ones who root the series in absolute goodness. And the friendship between Elrond (Robert Aramayo) and Prince Durin (Owain Arthur) is one of the nicest elements of the fiction directed by the Catalan JA Bayona in the first episodes.

Elon Musk’s initial reaction can be interpreted (as is always the case with the founder of SpaceX) as a way of attracting attention. It’s like that meme “If you do not listen to him constantly, he will die”, as we were able to verify during the media and false acquisition of Twitter. But, while one might suspect that he may not even have seen the prequel to The Lord of the rings or has serious problems understanding the audiovisual, it also perfectly represents a current problem: the viewers who watch the series with glasses that, more than prejudices, directly wear racist, homophobic and sexist lenses.

It perfectly represents a current problem: viewers who watch the series with glasses that, more than prejudices, directly carry racist, homophobic and sexist lenses.

Musk’s tweet in theory is written after watching the series but it could have been written after seeing the promotional posters of the characters of the rings of power. The objective? Winning followers in a global reactionary drift that sees any female empowerment or show of racial, sexuality or gender diversity as an attack on their person and their masculinity. Just look at the campaign review-bombing that the production is suffering: the critics are on the side of the series, there is no lack of those who applaud the production effort, but thousands of evaluations appear on websites such as Rotten Tomatoes either IMDB giving the worst possible score to the two episodes broadcast so far.

And why does it smell like organized action? Well, because there are other recent series that have found themselves in this situation and that have nothing to do with Tolkien’s literary canon. With mrs marvel It bothered that there was a Muslim superhero in the Marvel Cinematic Universe. With She-Hulk: Lawyer She-Hulk there were those who were angry that Bruce Banner’s cousin, Jennifer Walters, had his show car. “Why do there have to be so many women superheroines now?” was the main criticism, as if the character did not have its origins in 1980 at the hands of Stan Lee and John Buscema himself or as if men had to be the only ones in develop superhuman powers.

Series like ‘She-Hulk’ or ‘Ms Marvel’ have already suffered the wrath of sexist, racist or xenophobic networks

Comments like Musk’s or cases of review-bombing such as those mentioned make it increasingly essential to distinguish between respectful or more or less argued criticism of those opinions that have nothing to do with the work in question. And it is that, as is happening with The Lord of the Rings: The Rings of Powerpart of the detractors use the series as a scapegoat to dump all their frustrations and fuel hate speech (and expose their fragile masculinity) in an online environment made up of trenches.

McKay and Payne’s version of Middle-earth is not better or worse because Galadriel distributes tow, some man appears in an antagonistic key or there are elves and dark-skinned hairy. But, if this is the main reason for someone to hate her and display her rage in an undisguised way, let her hate her be reviewed: the series is not the one with a problem.

McKay and Payne’s version of Middle-earth isn’t any better or worse because Galadriel hands out tow. But, if it is the main reason for someone to hate it, let their hatred be reviewed: the series is not the one who has a problem