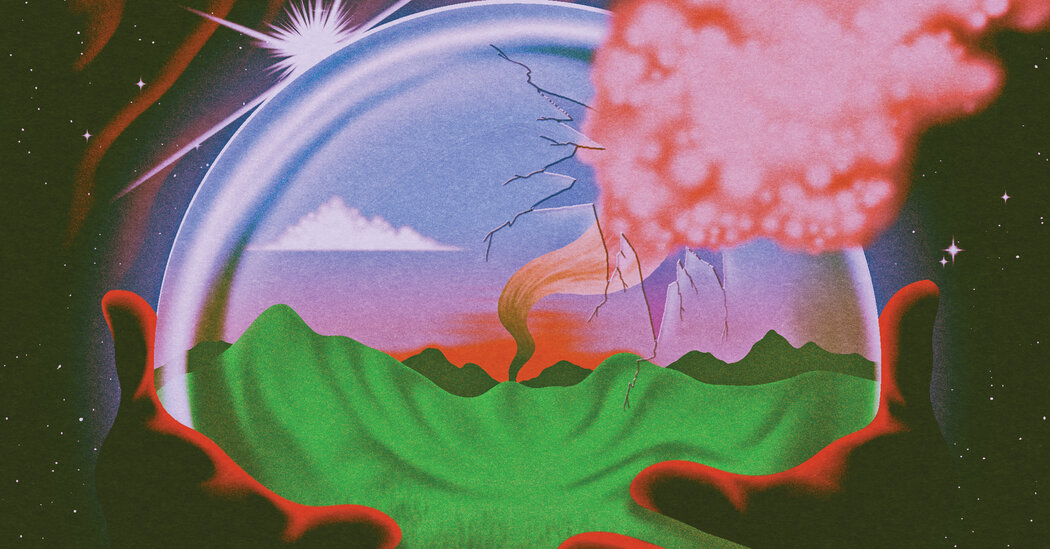 Tech companies started talking about their mission, and their mission always seemed very bombastic: transform the future of work, connect all of humanity, make the world a better place, save the entire planet. Muskism is a capitalism in which companies worry (in a very public and passionate way) about all kinds of disasters that end the world, about the all-too-real catastrophe of climate change, but more often they worry about the mysterious ” existential risks ”, or risks x, including the extinction of humanity, from which, it seems, only tech-billionaires can save us.

But Muskism also has earlier origins, including in Musk’s own biography. Much of Muskism emanates from technocratic movement It flourished in America in the 1930s, spearheaded by Musk’s grandfather, Joshua N. Haldeman, a fervent anti-communist. Like Muskism, technocracy was inspired by science fiction and was based on the conviction that technology and engineering can solve all political, social and economic problems. The technocrats, as they called themselves, did not trust democracy, politicians, capitalism, or currency. In addition, they were also opposed to first names: a technocrat introduced himself at a rally as “1x1809x56”. Elon Musk’s youngest son is named X Æ A-12.

Musk’s grandfather, an adventurer, moved his family from Canada to South Africa in 1950, two years after the apartheid regime began. In the 1960s, South Africa attracted immigrants by presenting itself as a luxurious, white-washed, custom-made paradise. Elon Musk was born in Pretoria in 1971 (to be clear, Elon Musk was an apartheid boy, not an apartheid author. Also, he left South Africa at 17 to avoid being drafted into the army, which was mandatory).

In adolescence, he read Hitchhiker’s Guide to the Galaxy by Douglas Adams; plans to baptize the first SpaceX rocket to Mars with the name of the main spaceship in the story, the Heart of Gold. In this novel there is no metaverse, but there is a planet called Magrathea, whose inhabitants build a huge computer to make it a question about “life, the universe and everything else.” After millions of years, he answers: “Forty-two.” Musk says the book taught him that “if you can ask the question correctly, then the answer is the easy part.” But that’s not the only lesson from this novel that didn’t start out as a book either. Adams wrote it for BBC Radio 4 and, beginning in 1978, it was broadcast around the world, including in Pretoria.

“Long ago, amid the mist of bygone times, during the great and glorious days of the ancient Galactic Empire, life was turbulent, rich, and largely tax-free,” intons the narrator at the beginning of one of the first episodes. “Of course, many men became extremely rich, but that was a natural thing that should not be ashamed, because no one was truly poor, at least no one worth mentioning.” In other words, Hitchhiker’s Guide is a lengthy and highly amusing critique of economic inequality, a science fiction tradition dating back to the dystopias of HG Wells, a socialist.

Early science fiction emerged in a time of imperialism: stories about travels to other worlds were usually stories about the British Empire. As Cecil Rhodes himself said: “I would take over the planets if I could.” In its beginnings, the best science fiction denounced imperialism. Wells started War of the Worlds, his 1898 novel in which Martians invade Earth, commenting on British colonial expansion into Tasmania, and wrote that the Tasmanians, “in spite of their human figure, were entirely wiped out of existence in an exterminating war of fifty years, which European immigrants undertook. Are we so great apostles of mercy that we have the right to complain because the Martians fought with that same spirit? Wells was not justifying the Martians; he was accusing the British.

Douglas Adams was to South Africa what HG Wells was to the British Empire. The UN General Assembly denounced apartheid for violating international law in 1973. Three years later, the police opened fire on thousands of black students during a protest in Soweto, an atrocity reported in detail by the BBC.

Elon Musk and the tech billionaires have misread science fiction