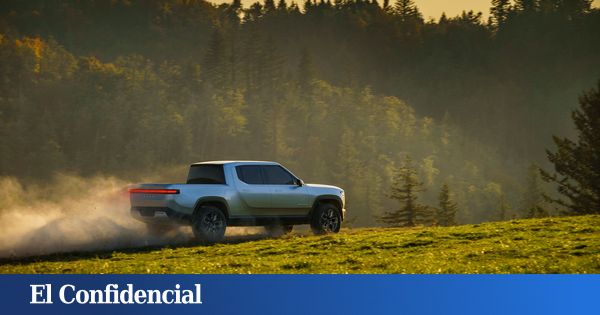 North American carmaker Rivian has already started to deliver its new electric pickup and has overtaken Tesla and its long-awaited Cybertruck: it is the first to hit the market. It is the first carmaker to compete with Tesla using its same innovation and marketing principles, a contender for the electric throne to which Musk should take it very seriously.

The R1T It was presented in society in November 2018 and its departure was scheduled for the end of last year. But the pandemic delayed plans for Rivian, which has had to wait until now to start delivering its first units.

The Cybertuck Tesla was presented a year later, in 2019, and despite the fact that Musk’s company announced its sale for this year, everything indicates that we will have to wait for 2022 to see it circulate through the streets.

The first R1T reached the CEO of the company in the middle of last month. Then different media reported that on the 15th of this month two transport trucks loaded with them had been seen in the capital of the state of Oklahoma, USA. And now customers have begun to receive them. Travis Munson, a Twitter user has already received his and has not been slow to show it on the social network. From what he counts, it seems that he is delighted with her.

A Cybertruck without so much cyberpunk

The Rivian R1T has a modern design although Away from the cyberpunk aesthetic of Tesla’s truck. Although inside the two are very similar with a very minimalist style and a large screen that dominates the dashboard.

In its current configuration, the R1T has a range of more than 644 km and some batteries supplied by Samsung SDI of about 135 kWh. In his mode of fast charge It is capable of ensuring a range of 225 km in just 20 minutes. This electric pickup carries four motors and four wheel drive, it reaches 100 km / h in just three seconds and has a towing capacity of up to 4,000 kg.

A few more photos from my #rivian # r1t delivery yesterday! Taking it on a road trip to Chicago today! pic.twitter.com/eQgTdirHvA

It also has a autonomous driving system own who have called Driver+ and that comes standard on all Rivian vehicles. According to the company, with the Driver + activated, the truck will be able to steer, adjust speed and change lanes automatically. However, Driver + is a level 2 autonomous driving system, so drivers will not be able to watch a Squid Game episode or take a nap while the autopilot is active. For now, they will have to be attentive to driving at all times.

The Cybertruck, against all the others

On paper the triple engine of the Cybertruck is more powerful than the quad engine of the R1T. According to Tesla’s estimate, its range will be greater than that of Rivian’s truck and it will also beat it, albeit narrowly, in acceleration.

Anyway, to confirm all this we will have to wait until we see him leave the Gigafactory de Texas. Tesla usually complies with promising specifications even if it is not able to maintain its release dates.

But in addition to the R1T, Cybertruck is expecting stiff competition. The Electric hummer GMC and F-150 Lightning Ford’s are already in the oven and are expected to be launched in the next few years. But, as with the Cybertruck, these trucks are for now a promise and will have to wait for them to be released to compare. Meanwhile the R1T is already a reality that can be seen circulating on the roads of the US.

Elon Musk and Tesla have a dangerous new enemy