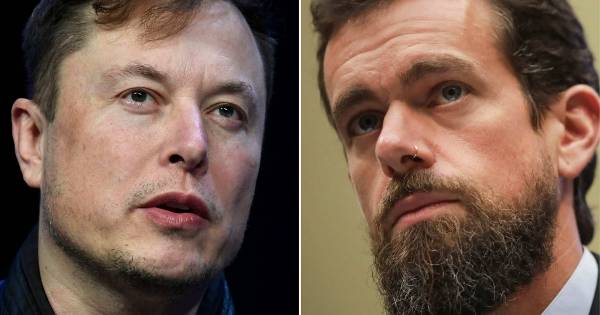 Elon Musk, CEO of Tesla and SpaceX, and Jack Dorsey, former CEO of Twitter, put the Web3 on everyone’s lips.

Although this platform does not yet have a defined direction, it has already captured the attention of important and weighty personalities within the world of technology.

The struggle to see “who gets to the future first” continues. Months ago, it was Mark Zuckerberg who presented the Metaverso platform, where users can move from one point to another or navigate through virtual reality.

But nevertheless, Elon Musk He not only ridiculed the Facebook CEO’s proposal, but he targeted the concept of Web3, which appears to have reached its peak of popularity.

See: A new Android update arrives and these are the changes

She was called Web3 to differentiate it from the previous stages of the Internet: on the Web1 users were only limited to using pages and services; on Web2 they became the creators themselves.

The objective of Web3 will be that large companies stop being the protagonists of the internet so that everything remains in the hands of users. In addition, you could focus on using these tools from different objects and appliances.

Elon Musk acknowledged that this could take between one and three decades to become a reality.

Unlike its predecessors, Web3 or Web 3.0 promises to provide a decentralized system controlled by consumers and not by large corporations, in which users can interact and transfer data freely.

The Web3 concept evokes a new generation of the Internet that would be based on the blockchain, a structure composed of elements that contain encrypted data about each transaction, through which non-fungible tokens (NFTs) work. Such a database will help keep data free and distributed among peer-to-peer networks.

See also: You can sign a digital PDF with your tablet

The concept is based, to a large extent, on cryptocurrencies, which will play the role of incentives for those who wish to participate in the creation and development of the new Network, a fact that would help to remove intermediaries from the process.

What Musk and Dorsey say

Before becoming a reality, the concept was the subject of strong criticism, due to the alleged impossibility of its implementation. This week, former Twitter boss Jack Dorsey claimed that Web3 is actually “a centralized entity with a different label.” “You don’t own the Web3. The real ones are the venture capitalists and their limited partners. Never run away from their incentives,” he wrote.