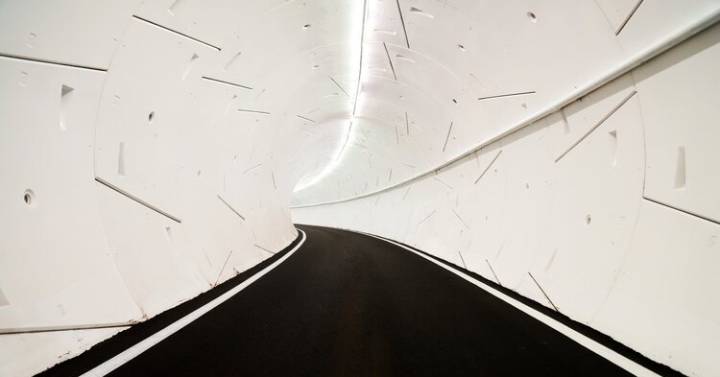 Elon Musk continues to attract the attention of the market, for its investments, for its companies, purchase offers and also for its provocative tweets. This time, the focus is on your new business idea: tunnel construction firm boring. The start up has raised 675 million dollars (618 million euros) in a round of financing led by Vy Capital and Sequoia Capital, an expansion that values ​​the company at 5,675 million dollars. The new financing comes three years after Boring raised $120 million, giving it a valuation of $920 million.

Construction may appear to be a sector traditional, but Boring intends to turn it into something revolutionary. The underlying idea is to “solve traffic” in cities by building transportation networks in deep tunnels. The company already has a 3-kilometer tunnel system in the Las Vegas Convention Center, called Vegas Loop, which connects various points of the fairgrounds where the CES fair is held, among others.

Following that project, Boring has won a contract to build a 46-kilometer network of tunnels that will connect 51 stations under Las Vegas. The company says that finally the network will be able to transport 57,000 passengers per hour, at a speed of 240 kilometers per hour.

However, the company faces serious obstacles to its project. To begin with, some localities are easier than others to adapt their mobility proposal, and projects designed for Chicago, Los Angeles and a connection between Washington and Baltimore have failed. In addition, it has struggled to reach promised speeds, reaching a maximum of 80 km/h in test drives with journalists in a Tesla Model X electric car during the CES show. Musk’s first idea was transportation in autonomous vehicles capable of traveling at high speed. But at the moment drivers are human.

It is therefore a type of Hyperloop adaptation to the characteristics of large cities. The concept of “hyperloop”, devised by the founder of Tesla and SpaceX and still in development, is a project for a new means of transport made up of sealed tubes through which the capsules (or trains) would travel at speeds of up to 1,100 kilometers per hour.

Boring intends to expand to other cities in the coming years, saying he would use the funds raised to “significantly increase hiring.”

In addition to Vy Capital and Sequoia Capital, other funds that have participated in the expansion include Valor Equity Partners, Founders Fund, 8VC, Craft Ventures and DFJ Growth.

Boring’s technology “has already passed the highest level of technical development, and is improving at an exponential rate,” Sequoia Maguire’s Shaun Maguire wrote on his blog.

As if Musk didn’t have enough with Tesla, Space X and Boring, the businessman has also proposed a deal to buy Twitter and take the company public.

Musk, founder of Tesla, has a long relationship with Sequoia. One of the first companies he founded, online payments company X.com, was backed by Sequoia, though after the company merged with another company and became PayPal, Musk was fired as an executive amid management disagreements.

Boring has evolved over the years since it was founded in 2016, when its goal was long-distance transportation of more than hundreds of kilometers. Now, he specializes in shorter trips within cities.

The new round of financing includes investments from real estate companies, such as Brookfield, Lennar, Tishman Speyer and Dacra Development. That could indicate that Boring is trying to integrate its tunnels into new construction projects, as it has done with two hotels in Las Vegas.

Elon Musk and his ‘new’ business idea succeed in the market: his construction ‘start up’ raises 600 million