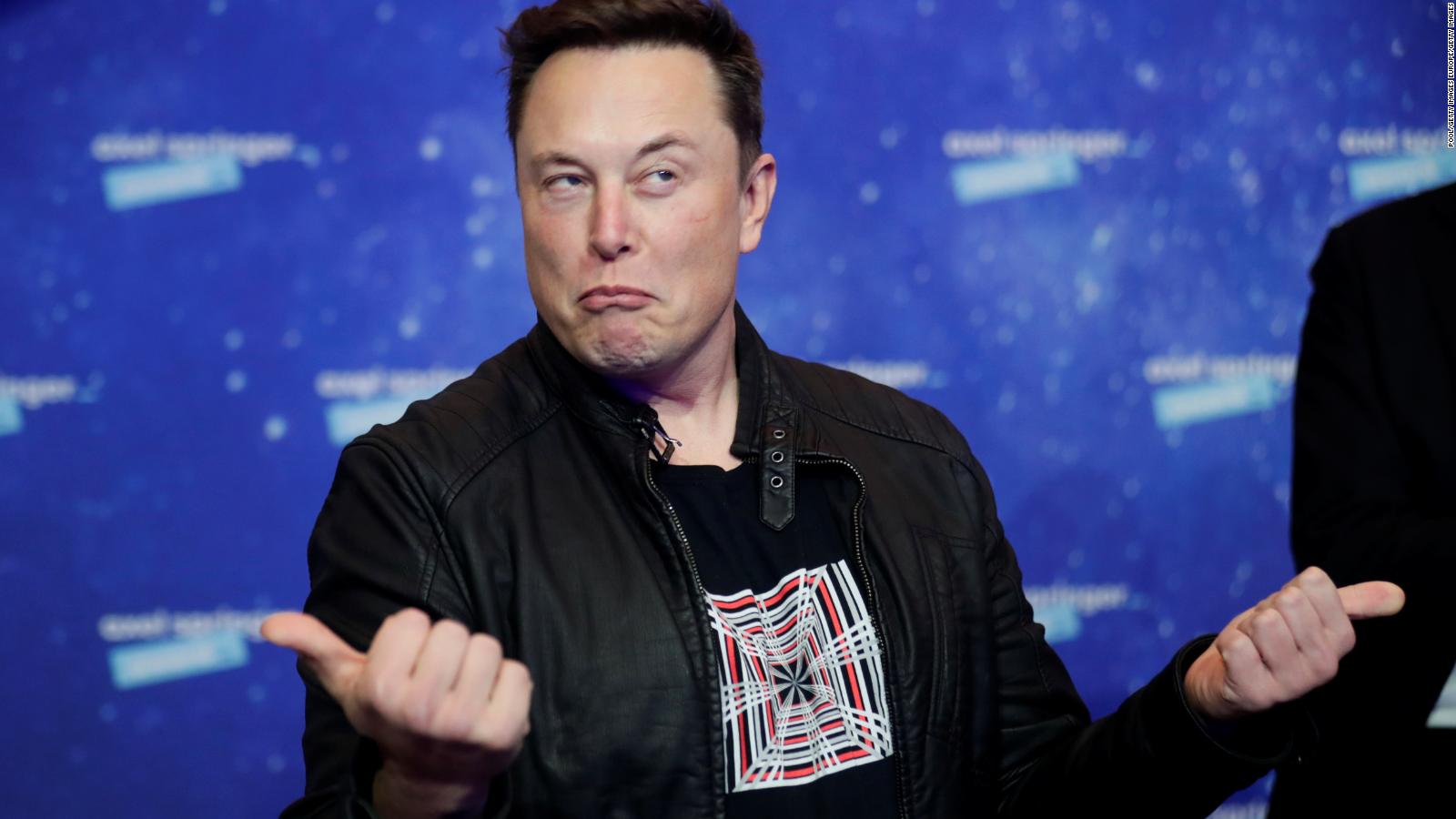 (CNN Español) — Elon Musk is more than known for setting the internet on fire with his recurring tweets, many of which, according to the employer, are written from “the porcelain throne“.

And it is that in addition to being the richest man in the world, having founded Tesla and SpaceX, and being a loyal supporter and investor of bitcoin, it seems to some that Musk lacks a filter when speaking and writing – especially when it comes to from Twitter—, something that he has admitted.

With more than 65 million followers on Twitter, the words of the millionaire do not usually get lost in the abyss of the internet, on the contrary. These are some of his most memorable, controversial and bizarre tweets Musk wrote throughout 2021.

The establishment of a multiplanetary company

A user on Twitter shared a video December 2011 where Musk talks about the importance of establishing life on other planets. The video is accompanied by the text: “In another half a billion years or so, the Sun will expand and probably evaporate the oceans and life would be impossible on Earth. We need to establish a multiplanetary society by then, or humanity will cease to exist. “.

The billionaire replied to the tweet saying: “Probably long before it’s too hot for civilization.”

Probably way sooner before it’s too hot for civilization

This year, NASA chose SpaceX To build the spacecraft to go to the Moon, SpaceX successfully tested the spacecraft at SN15 on the run to Mars and sent four tourists into space.

The end of civilization

“If people do not have more children, civilization will collapse”, Musk sentenced, in an event organized in early December by The Wall Street Journal. “Remember my words,” he emphasized.

Musk, 50, has six children as a result of two marriages, adding that he tries to “lead by example.” But what exactly was the billionaire referring to by this statement? We put it in context.

Elon Musk was at it again, and this time his target was Senator Bernie Sanders.

“I keep forgetting that you’re still alive,” Musk tweeted in response to a tweet Sanders sent saying that extremely wealthy people should pay their fair share of taxes.

“You want me to sell more stocks, Bernie? Just say the words …”, Musk tweeted an hour later. After the online trolling session, Musk sold some of his Tesla shares.

Cars aside, this year Tesla announced its Cyberwhistle.

As its name implies, the Cyberwhistle is a limited edition stainless steel whistle inspired by the Cybertruck at a cost of US $ 50. This whistle joins another series of curiosities that Tesla has sold in the past, such as the It was a tequila, a decanter, and red satin shorts with the word “S3XY” printed on the back.

Blow the whistle on Tesla!https://t.co/c86hLA0iQK

“Don’t waste your money on that silly Apple Cloth, buy our whistle instead!” Musk wrote in posting the Cyberwhistle.

Elon Musk is known for setting the internet on fire with his cryptic tweets. This time, he did it in another language.

The CEO of Tesla and SpaceX tweeted an ancient Chinese poem on Monday night. It’s unclear what reference Musk intended, but the tweet, titled “Humanity,” included a composition known as the Quartet of the seven steps. The poem is famous in China and refers to a quarrel between brothers. This is how it is translated into Spanish.

Humankind
Boiled beans
Bean weeping in the cauldron
Originally from the same root
Why are you so anxious?

In October, Musk volunteered to sell some of his Tesla shares “right now” if the UN proved that $ 6 billion would solve world hunger.

His comments came after the director of the UN World Food Program (WFP), David Beasley, challenged the ultra-rich, and in particular the two richest men in the world, Jeff Bezos and Musk, to “step forward now, in one fell swoop” to help solve world hunger in an interview with CNN In the past week.

David Beasley, Director of the UN Food Program and former Republican Governor of South Carolina, tweeted a link to a 1,000 word “executive summary” describing how the UN would use the money to feed more than 40 million people who are “on the brink of famine.” Musk did not respond to the tweet.

In October, Musk was declared the richest man in the world with a personal wealth of $ 222 billion, according to the Bloomberg Billionaires Index (Now the figure has risen to $ 282 billion).

Jeff Bezos, the founder of Amazon, was and continues to be behind Musk with a current net worth of $ 202 billion, and Musk took the opportunity to troll Bezos by tweeting a second-place medal to Bezos.

The relationship between Tesla and bitcoin

The price of bitcoin increased in June after Musk tweeted that Tesla, his electric car company, would start accepting cryptocurrency again once at least half can be mined with clean energy.

“When there is confirmation of reasonable clean energy use (~ 50%) by miners with a positive future trend, Tesla will resume bitcoin transactions,” Musk tweeted Sunday afternoon.

This is inaccurate. Tesla only sold ~10% of holdings to confirm BTC could be liquidated easily without moving market.

The break with bitcoin

The price of bitcoin sank in early June after Musk tweeted a meme about a couple breaking up along with the hashtag bitcoin and a heartbroken emoji. The post included the lyrics to a song by rock band Linkin Park titled “In the end.”

Musk and dogecoin, a history of ups and downs

Musk is the most visible and prominent supporter of dogecoin. He frequently tweets about the cryptocurrency impacting it positively and negatively. For example, in early 2021, Musk tweeted a series of tweets promoting a cryptocurrency. The first of a single word read: “Doge.” This was followed by others who said: “Dogecoin is the crypto of the people” and “No ups and downs, just Doge.”

The result? Dogecoin was up more than 50% in trading for the day.

The hot streak continued in April when one of Musk’s strange tweets sent dogecoin soaring in price. Musk’s tweet read “” Doge barking at the moon “and shared a photo of a painting by Spanish artist Joan Miró, titled” Dog barking at the moon. “

Doge Barking at the Moon pic.twitter.com/QFB81D7zOL

But not all tweets were positive, as a month later he joked on Saturday Night Live “(SNL) that the dogecoin is a “fraud” and caused the cryptocurrency to drop 40%.