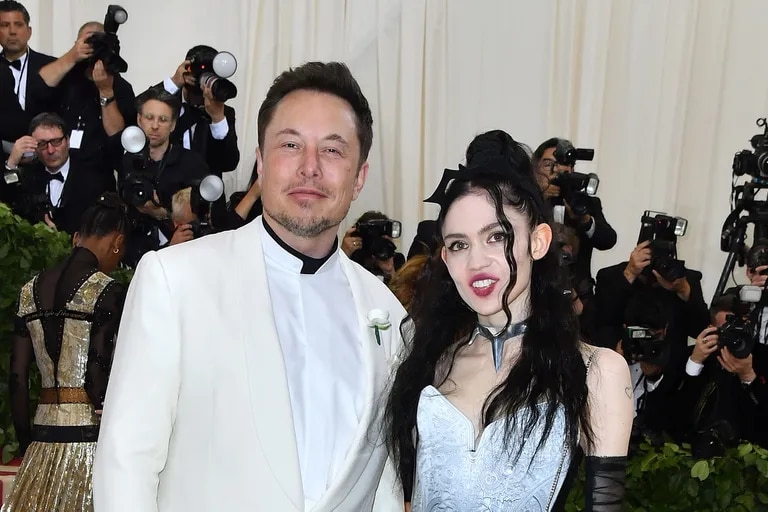 the billionaire Elon Musk it was news again. A series of events put him in the spotlight, such as his media fight with the president of the United States, Joe Bidenand his collaboration with Ukraine so that the European country does not suffer from the lack of Internet, in the midst of a warlike conflict with Russia. Within a particular world in which he lives, he secretly welcomed his second daughter, the fruit of his relationship with the singer Grimes.

The little girl was born in December but the secrecy around the news was such that it only now came to light. It was as a result of an interview that Grimes recently gave to the magazine Vanity Fairwhere he shared some details.

In his first statement, Claire Boucher-the real name of Grimes- He did not want to expose his children: “I am not free to talk about these things. I feel like kids should stay out of it and E (Elon Musk) wants to protect them.”

The antecedents of the gestation of their first child, whom they called X Ash A 12, did not bring good memories to the vocalist, who suffered a hemorrhage in the process and complications in the eighth month of pregnancy: “He was pressing on my nerves, so I collapsed. He took a few steps and collapsed. It was kind of scary, because you don’t want to fall when you’re eight months pregnant.”.

Like their firstborn, Grimes and Musk chose a name that is out of the ordinary. To understand the meaning you have to divide the words into ‘Exa’ and ‘Dark’. The first term derives from the computing world of the expression ‘ExaFLOPS‘, which is the ability to perform millions of floating point operations per second. ‘Dark’ translated into Spanish means dark and relates it to the unknown. “People are afraid of that. Dark matter is the beautiful mystery of our universe”, the artist specified.

more relaxedtHe also gave details of what the couple’s intimate life is like, described Musk as a “boyfriend” and He referred to the rumor that ended his romance: “I probably refer to him as my boyfriend, but we are very fluid. We live in separate houses. We are best friends. see you all the time. We just have our own houses and I don’t expect other people to understand. We just need to be free.”

Apparently, this will not be the last news about the couple. The singer left the door open to the possible arrival of one more member of the family and showed her preference for a girl she would call Odysseus. “We have always wanted to have at least three or four children.” For now, the businessman will focus on the commercial commitments he has with SpaceX and Tesla, the electric car factory that was omitted in the speech of the main US president, who highlighted the role of Ford and General Motors, its main competitors.

Although the newborn is the second daughter of the businessman and the singer, it is the eighth for him.