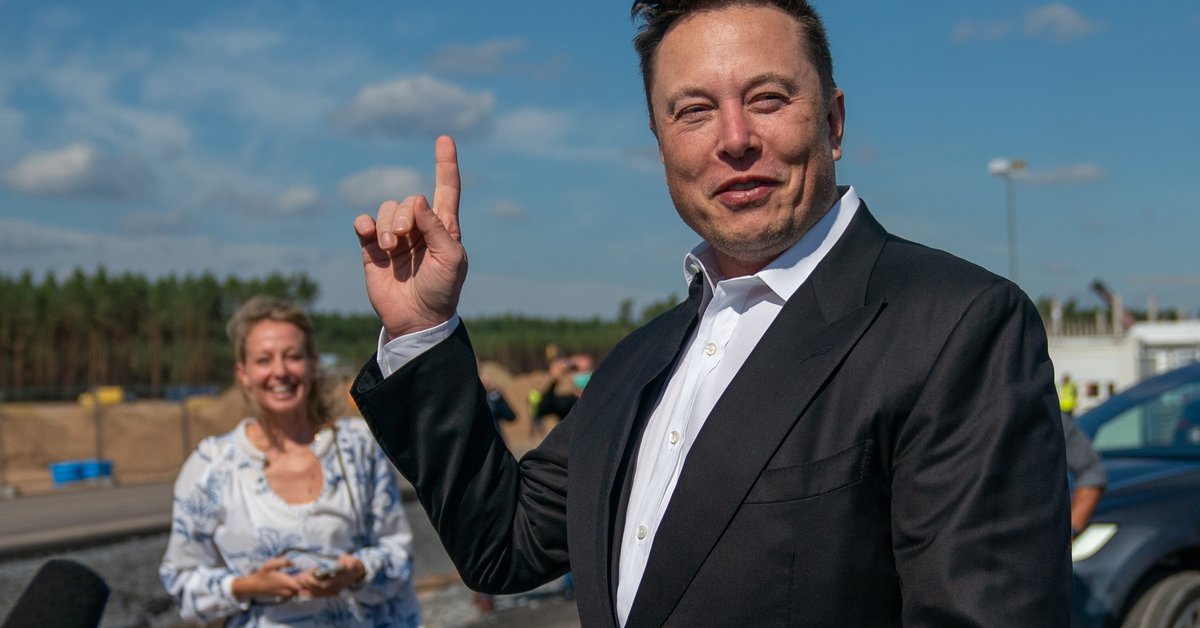 Tweet
Share
Share
Pin
It is not the first time that Elon Musk has spoken about Dogecoin, a cryptocurrency that is very susceptible to comments from the billionaire, skyrocketing every time it appears on his Twitter. EFE / EPA / ALEXANDER BECHER / Archive


Elon Musk shared a series of cryptocurrency tweets over the weekend, including one in which he praised Dogecoin as the “People’s cryptocurrency.”

The CEO of SpaceX and Tesla made the claim when responding to a tweet about a survey stating that cthus a third of cryptocurrency owners in the United States own Dogecoin, an online payment system based on the Internet meme “doge” with a Shiba Inu dog that was originally created as a joke before its value soared to tens of billions of dollars.

“A lot of people I spoke to on the Tesla production lines or building rockets in SpaceX’s own Doge. They are not financial experts or Silicon Valley technologists. That’s why I decided to support Doge, it feels like people’s cryptocurrency ”, Musk tweeted on Sunday.

Musk also commented on potential improvements when asked if he has had recent interactions with the Doge development team.

“Not recently. What matters in my opinion is reducing fees, decreasing block time, and increasing block size. A single layer network with exchanges such as Layer 2 de facto seems the simplest solution for a medium of exchange ”, Musk said.

“(In my opinion) dogecoin is fast, scalable and cheap to send, it is everything it needs to be, it does not need to be another blockchain hosting NFT or other tokens or whatever, the technology to get there is complex, but that utility is simple and necessary: ​​beauty in simplicity “Markus wrote.

In another tweet, Musk confirmed that he only has three cryptocurrencies: bitcoin, ether y dogecoin.

“Like I said before, don’t bet the farm on crypto! The true value is building products and providing services to your peers, not money in any form ”, wrote.

On Friday, the billionaire also responded to a tweet from the UberFacts Twitter account that said that “He is expected to become the world’s first billionaire, thanks to SpaceX.” Musk replied: “* In Dogecoin”.

This isn’t the first time Musk has tweeted about Dogecoin, and by February he had declared it the “people’s cryptocurrency.”

Every time Musk talks about Dogecoin, or any other cryptocurrency, it seems to have an immediate effect on its value.

A similar spike also occurred in August after Musk tweeted: “I’ve been saying this for a while”, in response to a CNBC account post detailing an interview with Dogecoin co-founder Mark Cuban describing him as “The strongest when it comes to using it as a medium of exchange.”

On Monday in the morning, Dogecoin’s value increased by as much as 8 percent in the wake of Musk’s latest tweets about the cryptocurrency, according to CoinDesk.

The creator of Dogecoin pointed out against cryptocurrencies: “It is a right-wing and hyper-capitalist technology”
Chile will be the first country in Latin America to have Elon Musk’s satellite internet
How Starship, Elon Musk’s New Rocket, Will Revolutionize the Space Race