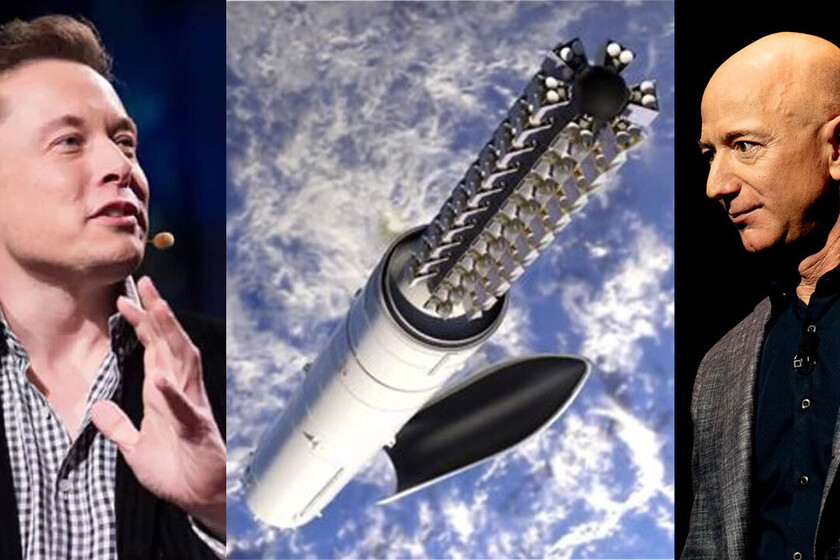 Following the lawsuit made by Jeff Bezos’ company, Blue Origin, against NASA days after lose a contract to build the lunar module for the Artemis mission to SpaceX, this week Amazon filed a protest with the Federal Communications Commission (FCC) to dismiss the plans of Elon Musk’s space company to launch more satellites as part of your service from internet Starlink.

Faced with this complaint, Musk tweeted in a note on the subject: “It turns out that Bezos retired to seek a full-time job filing lawsuits against SpaceX”

This new Amazon claim it is not properly a demand, but it works as a protest because Blue Origin believes that the Starlink project should be clearer in its expansion plans.

Currently Starlink has approximately 1,740 satellites located in low orbit to serve 90,000 customers and SpaceX is preparing to launch 30,000 satellites second generation with those who seek to improve the service. For this, the company must specify to the FCC where they will be located around the Earth and Amazon’s complaint states that Musk’s company is asking the approval of two orbital configurations to be able to “choose” in the future.

Amazon satellites for the Kupier Project

Mariah Dodson Shuman, corporate advisor for Kuiper Systems, a subsidiary of Amazon, noted that SpaceX’s approach is novel by requesting two different configurations but that they go against the rules of the Commission and urged that the petition be rejected. These two configurations that SpaceX requests result in a complication for the rest of the operators, as they must work harder to find orbits free of interference and orbital debris.

Shuman mentioned that Musk’s company should choose only one of the orbits it proposesAs the approval of two options (which are mutually exclusive) sets a bad precedent by allowing satellite operators to “set aside” spaces while deciding and developing equipment.

In their protest they point out that The FCC should enforce the rules and reject SpaceX’s proposal, which should resubmit your proposal with a unique configuration for your Gen 2 System.