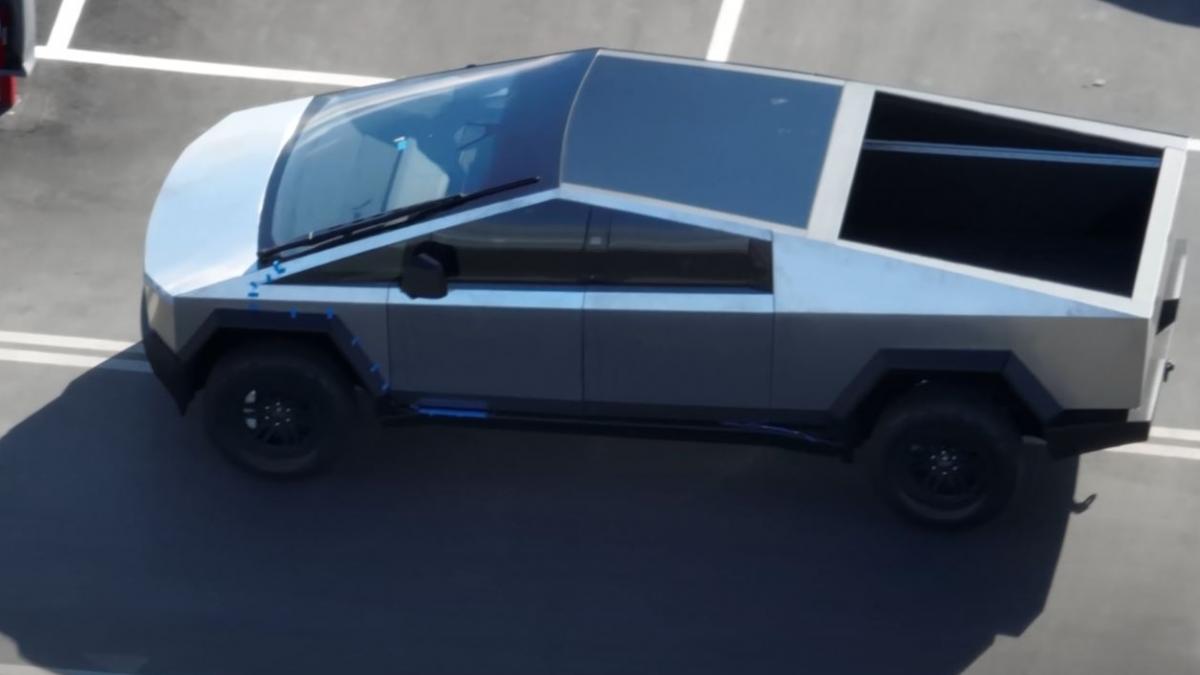 One of the automotive industry’s most anticipated launches scheduled for 2022 bears the Elon Musk stamp. The founder of Tesla, the leading brand in the sale of electric vehicles throughout the world, it plans to start the sale of the pick up over the next year Cybertruck. It is not a traditional design model, quite the opposite. It stands out for its futuristic design, a set of flat lines and large surfaces and a huge windscreen that give it a totally disruptive air with respect to other vehicles of the same characteristics.

If in the past Tesla was already surprised by the spectacularity of the windshield of the Model X, now the Cybertruck is going to surpass the first electric SUV of the American company in terms of the measurements of its front window. Its dimensions determine the measurements and placement of the gigantic windshield wiper that it equips, something that is causing many headaches for the brand’s design teams, as Elon Musk himself has recognized.

“The windshield wiper is what worries me the most. It is not an easy solution. A drop down wiper that would be stored in the front trunk would be ideal, but a complex situation, “wrote Musk in a message posted on his personal Twitter profile.

Manufacturers have to ship cars with side mirrors by law, but owners are allowed to modify their cars.

The wiper is what troubles me most. No easy solution. Deployable wiper that stows in front trunk would be ideal, but complex.

In the images that have been seen so far of the Tesla electric pickup it is noted that it is equipped with a single windshield wiper. Its arm is large to encompass the entire armored windshield of the truck and is collected next to the side of the window on the driver’s side. Seat already mounted on its models Altea Y Toledo some clean sides. The difference with the Cybertruck is that they were placed on both sides of the windshield and were hidden within a frame.

However the wiper washer that equips the Cybertruck is exposed because the glass is flush with the hood. Its arms cannot be hidden, which apart from spoiling the design of the vehicle, negatively affects the aerodynamics of the whole. This circumstance affects the consumption and the autonomy of this electric model.

These are not the only problems with the futuristic design of the Tesla truck that already accumulates more than a million reservations. Carglass, the leading company in Spain in glass repair and replacement, points out that an arm as large as that of the wiper requires a powerful and heavy engine. This also translates into a greater risk of failure over time, sweeping less of the glass surface with each pass, leaving the upper right area of ​​the windshield unattended.

The cleanliness of the Cybertruck is exposed, which reduces the aerodynamics of the car and increases its consumption

Keeping the windshield clean affects road safety since 90% of the information we receive when driving comes to us through sight. Various studies indicate that poor visibility on board the vehicle is the cause of more than 15% of traffic accidents and the risk of accidents when RainsWhen visibility is lower, it increases by 70%. Therefore, it is essential that the windshield wipers work properly.

Musk’s penchant for outfitting his cars with large windshields is becoming a problem when it comes to ensuring cleanliness. The intention of the CEO of Tesla to mount the cameras of the ADAS systems much higher on the Model X has led the North American company to patent an electromagnetic mechanism. According to Carglass sources, the wiper arm slides across the entire windshield along some rails. This mechanism hides under the hood when it is not in operation.

Likewise, Tesla has also patented a system that allows cleaning glass surfaces with laser rays. This technology could also be used to clean the optics of the cameras that equip ADAS systems, as well as for solar panels that electric vehicles could mount in the future.