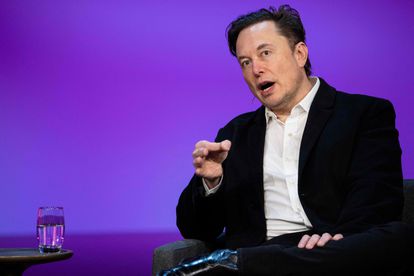 After weeks of uncertainty, Twitter employees have finally heard from Elon Musk, that in April offered 44,000 million dollars to take over the social network. In a remote conference shared with the 8,000 global employees of the technology company, known as tweeps, the businessman has listened for less than an hour to some of the concerns that have marked the acquisition process. will they have to go back to the office Or will they be able to work from home? Will it end the content moderation policy? Will there be cuts? How will your conservative political views affect a progressive company?

One of the first questions asked was about trust, which is what you need from employees in a relationship that’s off to a rocky start. Many tweeps have made public their resistance to Musk taking control of the company, which he will take private once the deal is closed. “It’s great if people are doing useful things. If they are not achieving it, then what are they in the company for?” said the tycoon, who on a couple of occasions avoided responding directly to alleged dismissals what I would do. “Right now, the costs outweigh the benefits, so it’s not a very good situation,” she simply said in the conversation, moderated by Leslie Berland, Twitter’s head of marketing.

Musk has admitted that it is not yet clear what role he will assume within the company once the acquisition closes, slowed down by a series of demands he has done about fake users and bots. The owner of Tesla and SpaceX has said that he is interested in getting involved in the development of a product that he feels is underutilized. Success, he assured him, would be an increase in the number of daily active users and reach 1,000 million users “or more”. The company currently has about 330 million monthly active users.

The monetization of Twitter has been another of the central points of the talk. Musk has proposed that the social network enable a payment system that allows transactions between users. “It would make a lot of sense to integrate payments into Twitter to send and receive money,” said the businessman, who took the call from a hotel room on his mobile. He has also made it clear that he is not ruling out the idea of ​​boosting the company’s profits by charging a subscription.

“Freedom of expression” is one of the main assets to make the social network service more attractive, according to Musk, who has severely criticized the veto against Donald Trump and other conservative voices linked to the extreme right. “We must allow people to say what they want,” he added.

As he has pointed out on several occasions, one of his main missions will be to reduce the number of bots on the social network. This morning, he told employees that he wants to make things more difficult for companies that farm bots and upload spam to the platform. During the talk, which lasted more than the initially planned 45 minutes, Musk gave the Chinese messaging service WeChat as an example. Meta’s WhatsApp-like app gives its users the ability to send each other messages, emojis and photos, as well as audio and video calls. The tycoon also highlighted the growth that Tik Tok has had, which has caused a drop in Facebook usage times in the United States.

On Tuesday night, Musk wrote on Twitter who had voted for the first time for a republican. The businessman decided to support Mayra Flores, a Mexican-born congresswoman, in a special election in Texas that filled a vacant seat on Capitol Hill in Washington. Flores, a supporter of Donald Trump and of the most conservative policies in the state, is the first Republican to triumph in an area with a long Democratic reign. “Gigantic red wave in 2022″, the businessman tweeted.

This Thursday, businessmen wanted to know how their political vision can affect Twitter. Musk responded to concerns by calling himself a moderate who votes like most centrist Americans do. On other occasions, he has accused Democrats of radicalizing the left and has criticized the culture woke up that dominates much of the political debate of the progressive sectors. This week, Musk also said that he would support the current Florida governor, Ron DeSantis, in the 2024 presidential election, who is called to be one of Trump’s successors if he does not win the candidacy again.

subscribe here to the newsletter of EL PAÍS América and receive all the key information on current affairs in the region.