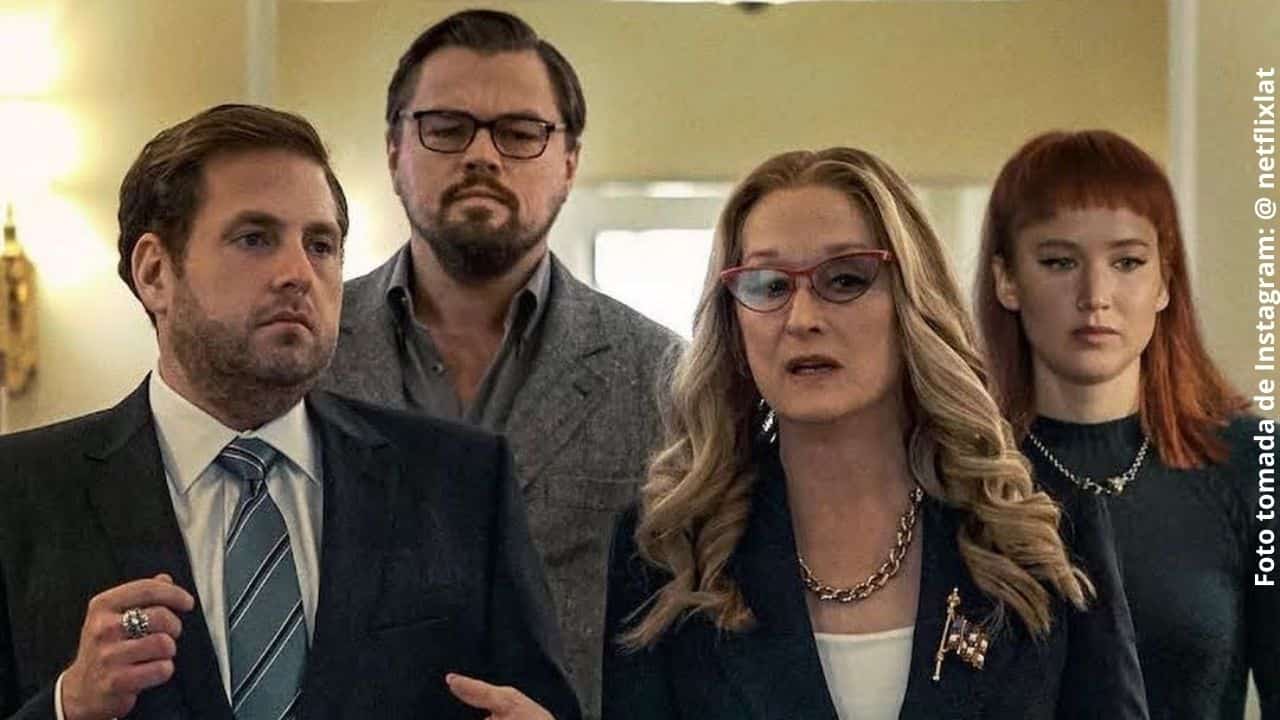 The film focuses on a comment that goes to Earth while some astronomers try to make it known to the world, but are involved in obstacles since political and economic interests prevail over a comment. Many critics say that it is a criticism or mockery of how public opinion ignores these types of events such as climate change and the pandemic.

Keep reading: Cintia Cossio wore her figure with a tight and lycra outfit

The science in question
At one point, full of frustration, Dr. Mindy claims that science is objective and evident, however, later he ends up flexing his principles and knowledge, to continue participating in the action and not ending up aside, as eventually happens to Dibiasky. Science, which is supposed to be objective, can also be manipulated for economic interests, as is the case with academic studies that finance corporations.

The state at the service of politicians
The director of NASA is an anesthesiologist who came to the position for payment of political favors. Later she is fired, the president decides to act with respect to the comet after some intimate photos were leaked. The narrative ends up changing according to political and economic interests, similar to the handling that former President Donald Trump gave to the pandemic.

The power of the tech titans
Once Peter Isherwell, founder and director of BASH, suggests that the comet is full of minerals that may be worth billions, the plan changes to fragment the celestial body in space and drop it into the Pacific Ocean. The eccentric character, who with his economic power can manipulate economic power, has been compared to Jeff Bezos, Elon Musk and Mark Zuckerberg.

Social networks
They are the ones who interpret reality and dictate public opinion, but are more attentive to political movements and the love affairs of entertainment stars than to the potential end of the world. In addition, they become tools for politicians to convince a large part of the population not to look up to the sky, where they can begin to see the asteroid approaching Earth.

Cultural industries
Journalism, film and music play an important role in the development of the action. The so-called “soft power” reacts to the impending doomsday event in different ways. A newspaper opens the doors to astronomers, but sends them to a television program in which they are not taken seriously, Dibiasky is described as hysterical while Dr. Mindy becomes a media figure.

This shows the determinism of digital metrics on journalistic agendas and the changes in perception about a person due to their gender. Finally, to convince people to look up, they end up organizing a ‘Live 8’ type concert.

It may interest you: The LGBTI couples in the RCN stories that fell in love with Colombia in 2021

‘Don’t look up’: five details from the movie of the moment