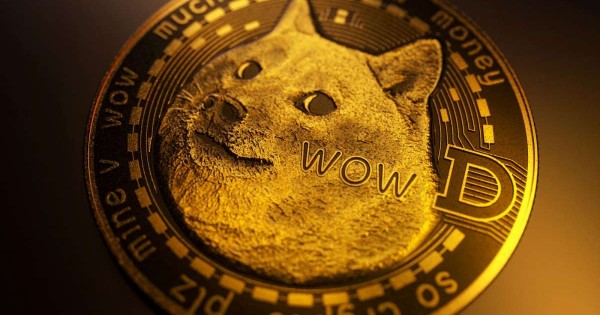 In the second quarter of 2021, Dogecoin, the popular cryptocurrency that bears the face of a dog, was one of the highest performing cryptocurrencies.

Since August of last year, the cryptocurrency grew around 4,600%, based on an analysis by Coinmarketcap, and so far this year it gave profits of 400%.

Its price was driven by a wave of new investors who came out to buy the digital asset and consequently their market capitalization increased.

One of them is Elon Musk, the richest man in the world who leads the companies Tesla – the manufacturer of electric cars – and SpaceX, the private aerospace firm that works together with NASA.

What is “pump and dump”, Elon Musk’s controversial strategy to puncture the price of Bitcoin

Recently, the developers of the cryptomoney performed an update on Dogecoin and Musk celebrated it on Twitter. “Important”he tweeted.

The eccentric millionaire thinks that Dogecoin is one of the “strongest” cryptocurrencies in the crypto ecosystem And, for this reason, invest in it. However, it is not known how many digital assets are in Musk’s custody.

What is Dogecoin and how does it work?

The cryptocurrency started as a joke between friends around the popular same as “Doge“.

It was released in 2013 by Billy Markus, an American programmer, and they decided to illustrate the coin with the face of the Shiba Inu breed dogs.

It should be clarified that this cryptocurrency is highly inflationary by definition and design.

Cryptocurrency prints blocks with 10,000 coins every minute and approximately 14,400,000 Doge are printed daily.

With the new update, transaction fees will be reduced and the network will become more secure, as confirmed by the project’s developers via Twitter.

For the enthusiasts of the crypto world, This coin has neither a serious development project behind it nor a verifiable use value. Although this has not stopped it from continuing to gain popularity and therefore market value.

In this context, its price is extremely low since, unlike other cryptocurrencies such as Bitcoin, it is not deflationary and lacks an emission limit.

This, added to the fact that at the beginning the rewards for mining were completely random, that is to say that the same effort could generate one or a million, it does not serve to store value.

Then, Its fundamental characteristics prevent it from transforming into a stable cryptocurrency, but Dogecoin found its place on the internet as the currency of tips.

Especially on the social network Reddit, users got into the habit of giving dogecoins to those who post interesting, useful or simply entertaining material.

In crude words, Crypto started as a joke and is considered by many to be a scam, so care must be taken when making an investment in Dogecoin.