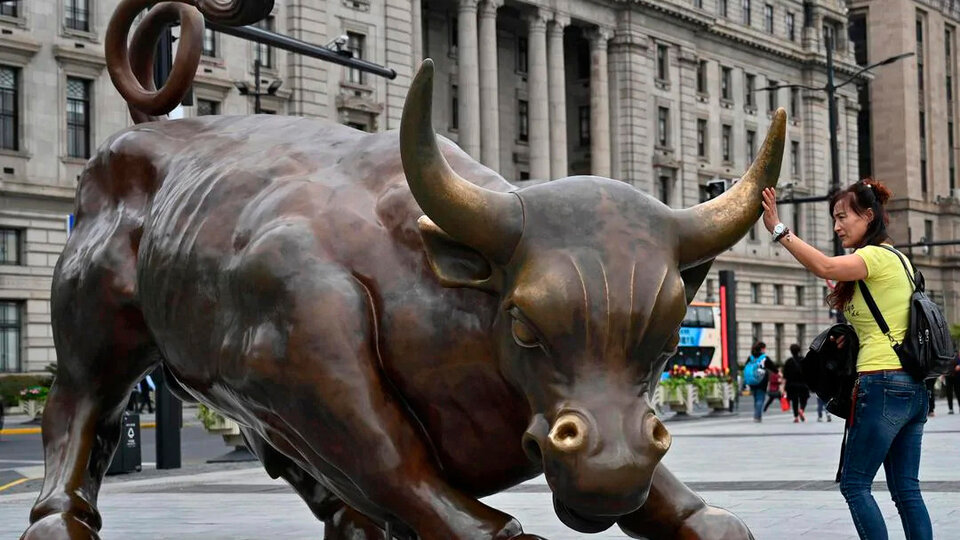 The big Wall Street corporations they push to the extreme the attempt to convince investors that their next products will revolutionize the way societies live for years to come. In case of Facebook with his virtual reality headset and the announcement of the Metaverso is one of the examples. Last week the leak of the Apple’s mega futuristic auto which will be ready in 2025. It would hit the market without a steering wheel, would have the company’s product ecosystem integrated and would not require a driver.

For the moment, global investment funds seem to be betting with full confidence in this ability of big technology to reinvent itself. Mark Zuckerberg’s company accumulates so far this year rises of 25 percent and that of Tim Cook of 20.

The interesting thing is that the big announcements of these firms not only boost their actions but a whole range of other financial derivatives. Among them are cryptocurrencies. The token llamado The Sandbox it is a clear sample. This cryptocurrency increased in price about 6,000 percent due to the furor with the Facebook Metaverse.

It is a digital currency created just over a year ago with the aim of being used for augmented reality and virtual reality games. Under the acronym SAND, it traded on cryptocurrency exchanges during 2020 and a good part of this year with a price less than 10 cents on the dollar. In August it cost 7 cents. Now more than 4.5 dollars. It went up 63 times and has a capitalization of 3.8 billion dollars.

These numbers force us to think about the boom in technology and its derivatives with some caution. Is it a financial bubble that feeds itself? Is there room for new disruptive platforms? The funds trust large technology corporations assuming that they will achieve in the future a product as innovative as the one they have achieved in the past. It seems the proven way to appropriate extraordinary returns. What if they can’t?

In the United States and in most Western countries – beyond the warnings that come from different currents – the possibility of facing a financial bubble it doesn’t seem like a concern. The real economy of these countries face increasingly marked tensions such as the problem of energy and food costs while financial assets set records.

This lack of planning can end up being a real problem in a crisis of confidence. Possibly that explains the decisions that China is pushing. Since last year he took weight measurements to discourage speculation with cryptocurrencies first banning mining and then the circulation of these crypto assets.

That does not mean discouraging innovation in technology. China has the digital yuan about to become popular as one of its main means of payment. The same occurs with the measures on large technological platforms that range from e-commerce to credit platforms. Wanted order the expansion of these companies and limit extraordinary profit margins. Also reorient investment focuses towards strategic innovation sectors such as artificial intelligence, biotechnology and quantum computing.

Does the market pay anything if it is from Facebook or Apple? | Risky bets on the success of innovations by large technology corporations