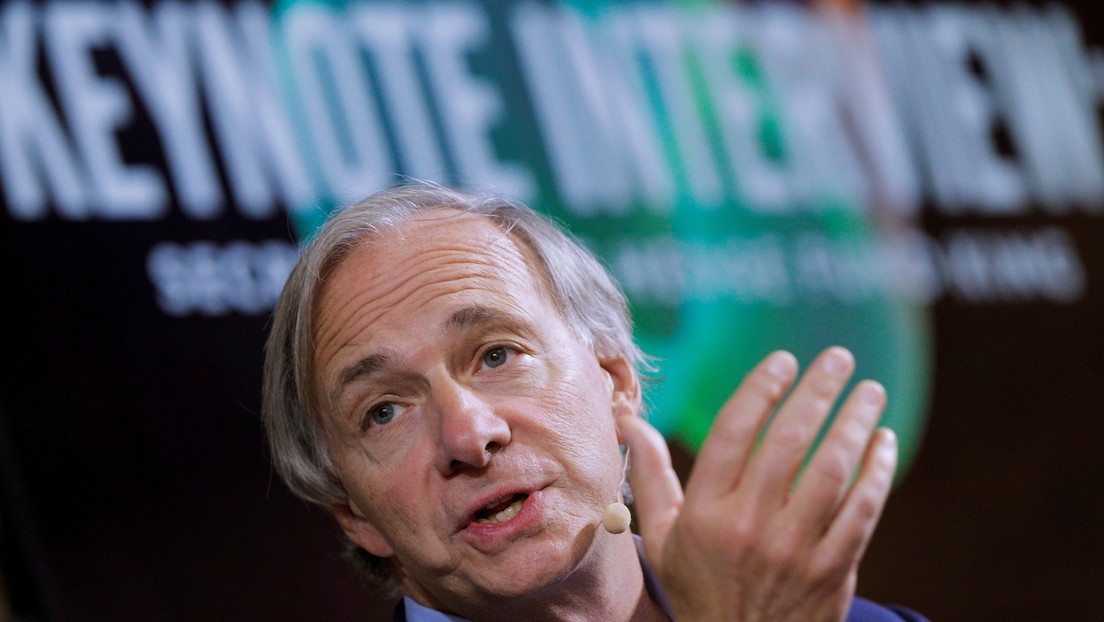 According to the businessman, gold has an advantage over bitcoin and other digital resources such as non-fungible tokens, since it is “not connected.”

American billionaire Ray Dalio, founder of Bridgewater Associates, the world’s largest hedge fund, predicted in an interview for YouTuber Lex Fridman’s podcast released This Saturday that the price of bitcoin will not reach a million dollars, as some supporters of the largest cryptocurrency claim.

“I do not think this is possible,” said the investor, asked whether bitcoin could grow to “very high figures”, taking into account that last November 10 established its all-time high and exceeded $ 69,000 per unit.

In the talk, Dalio said that gold remains his favorite asset for several reasons, in particular because it has an advantage in today’s world over bitcoin or other digital resources, such as non-fungible tokens (NFTs). ), as “it is not connected“.

“Gold has for many thousands of years been universally recognized as a source of money and is the third source of money in central bank reserves and I don’t think bitcoin is going to serve those kinds of purposes, “the businessman emphasized.

On the other hand, Dalio stressed that he considers bitcoin as an alternative money, although he predicted that there will be “many cryptocurrencies” and that “NFTs can become a type of money.” In this sense, the billionaire confirmed that still have not bought any NFT, although he admitted that he wants to do it only as an ‘experiment’, just as he is considering the possibility of minting one.

On the other hand, he described as “cute” the plans of Tesla CEO Elon Musk to put a dogecóin, the cryptocurrency inspired by a meme, on the Moon. “[Musk] I wanted to take a spaceship to put a plant and a watering can on Mars [llamándolo] first life on Mars, as an inspiring notion “, Dalio recalled. In this sense, the businessman emphasized that the dogecóin on the Moon should be interpreted as something”symbolic“, while admitting that he would like to ask Musk what is behind these kinds of initiatives.

In May of this year, SpaceX and the Canadian company Geometric Energy Corporation announced that they would launch a 40-kilogram satellite to the Moon in the first quarter of 2022 in a mission financed entirely with the cryptocurrency dogecóin.