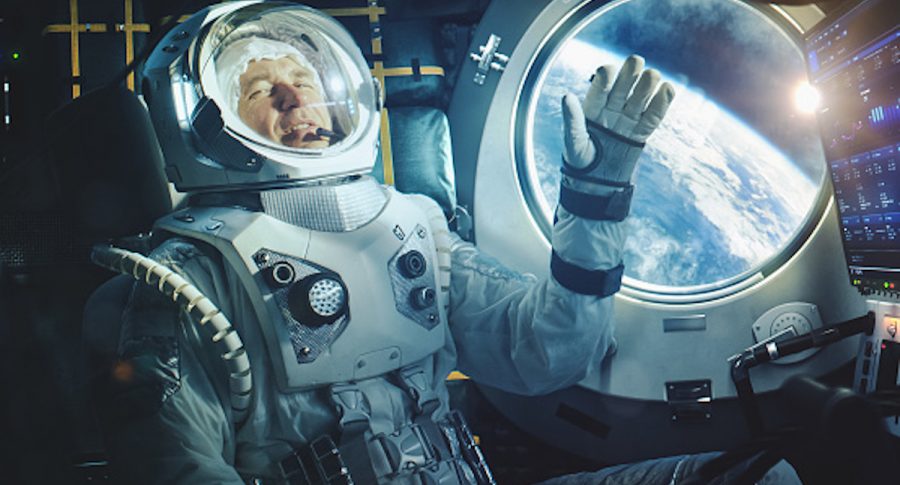 ‘Orbital Reef’ (which translates to ‘orbital reef’), described in a press release as a mixed-use business park in space that will support research and manufacturing in microgravity, part of a merger with commercial space company Sierra Space, and is endorsed by Boeing and Arizona State University.

“For more than 60 years, NASA and other space agencies have developed orbital spaceflight and space habitability, paving the way for commercial business to take off this decade,” said Blue Origin executive Brent Sherwood.


“We will expand access, lower the cost, and provide all the services and amenities necessary to normalize space flight.”

The private position is one of several planned in the years to come, as the Nasa assesses the future of the International Space Station (ISS) after this decade.

The space agency has a contract with a company called Axiom to develop a space station which will initially dock with the ISS and later fly freely.

Last week, the space services company Nanoracks, in collaboration with Voyager Space and Lockheed Martin, announced to be planning a space station that will be operational in 2027, called Starlab.

According to Blue Origin –that put 90-year-old actor William Shatner into orbit– Orbital Reef will fly at an altitude of 500 kilometers, slightly above the ISS, and its inhabitants will experience 32 daily sunrises and sunsets.

It will be able to accommodate 10 people in 830 cubic meters, a volume slightly smaller than that of the ISS, in futuristic modules with large windows.

The ISS was completed in 2011 and has been a symbol of cooperation between the United States and Russia in space.But Moscow has recently been evasive about the future of the association.

It is currently considered safe until 2028 and the new administrator, Bill Nelson, has said that he expects it to last until 2030, when NASA hopes that the commercial sector has advanced enough to replace it.

Blue Origin is currently only capable of flying in suborbital space with its New Shepard rocket.

Other of its projects include the New Glenn, a rocket that can place cargo and people in orbit, and a lunar lander, despite the company losing the lunar contract to rival SpaceX and suing NASA to try to reverse. the decision.

Jeff Bezos, the second richest man in the world thanks to Amazon, founded Blue Origin in 2000 with the goal of one day create floating colonies in space, with artificial gravity where millions of people can live and work, freeing the Earth from pollution.

These colonies would be based on a design by Gerard O’Neill, Bezos’s physics professor at Princeton.

Colony in space? Jeff Bezos would compete for Space Station in 2027