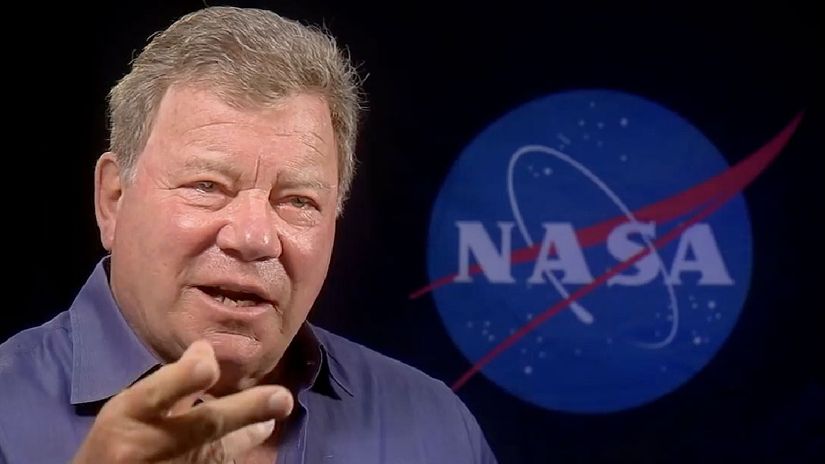 It is a unique day. The dreams of an actor who all his life played a space hero will come true when Blue Origin lance a William Shatner, the famous Captain Kirk from Star Trek, into space with three crew members in the capsule New Shepard this Wednesday. And the entire industry celebrates it.

The NASA and even his own Elon Musk have congratulated the actor on this milestone, which, if it becomes a reality in minutes, will provide Shatner the honor of being the oldest person to travel to space with his 90 years.

“We wish you all the best on your flight into space. You are and will always be our friend ”, said the NASA on his Twitter account.

And is that Shatner has a history with NASA. In 2014, he was honored with the Distinguished Public Service medal, the agency’s highest award to nongovernmental personnel.

“For the exceptional generosity and dedication to inspiring new generations of explorers around the world, and for the unwavering support of the NASA and their discovery missions, “said the space agency.

The relationship of Shatner with the NASA goes back to the original series, with references to the space agency and its shows that were incorporated into stories throughout the television and film franchises. In 1976, when the NASA was ready to introduce a reusable spacecraft as a successor to the Apollo program, a new prototype space shuttle, originally named Constitution, was nicknamed Enterprise in honor of the universe of Star Trek and the work of Shatner.

More recently, Shatner donated his time and vocal talents to present the documentary of the NASA celebrating the 30th anniversary of the space shuttle missions.

In 2012, he presented a video presentation previewing the dramatic mission of the Curiosity Mars rover and expressed his support for technologies derived from the NASA that arise as a result of investments in science, technology and exploration.

Elon Musk celebrates it too

Leaving behind his grudges with Blue Origin, Elon Musk also congratulated Shatner for the flight and wished the ‘captain’ luck.