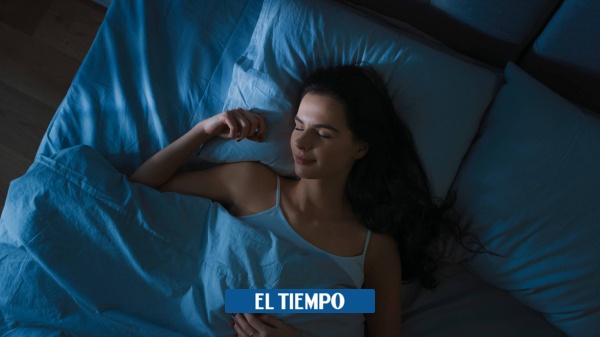 Bill Gates He detailed the habits that he has carried out for more than twenty years and that help his mind to relax to achieve success in his work in a healthy way.

According to a report by ‘Forbes’ magazine, the tycoon appears in the ranking of the 400 richest people in the United States, with a fortune of 134 billion dollars.

Therefore, in addition to focusing on their professional career, many wonder about their day to day. In this case, for its routine before going to sleep.

(Read more: How much do we need to sleep to have a good night’s sleep?).

Washing dishes, a worldly habit that is full of benefits

In various interviews and talks, the businessman made it clear that, despite how routine it can be, washing dishes generates a feeling of meditation and calm in people.

This habit helps you relax and free your mind after several hours of work.

“I wash the dishes every night”Gates revealed to ‘Reddit’ this year.

According to a 2014 study, this practice helps relaxation by promoting a state of attention and emotional phenomena similar to the practice of Mindfulness.

Read a book before bed to relax your mind

Second, the mogul took it for granted that in order to achieve a healthy rest, you have to read a book before sleeping.

According to a study by the Journal College Teaching & Learning, this habit has many health benefits. In addition to being a distraction and promoting awareness, it helps to fall asleep, reduces blood pressure and decreases the feeling of anxiety.

The millionaire, for his part, is known for being an avid reader and for his literary recommendations. “I read for an hour almost every night. It’s part of falling asleep “Gates explained to the news site ‘The Seattle Times’.

(You may be interested in: Can snoring be dangerous for your health?).

In that sense, it is common for Gates to post what he is reading. In this case, on his personal blog ‘Gates Notes’ he made a list of five books recommended by him to enjoy at Christmas.

Gates with his favorite books of this 2021.

“When I was a kid I was obsessed with science fiction. Paul Allen and I spent countless hours discussing Isaac Asimov’s original ‘Foundation’ trilogy. “ wrote the mogul on his blog, in an article he titled: ‘Five books I loved reading this year’.

“I read all the Edgar Rice Burroughs and Robert Heinlein books. (‘The moon is a cruel lover’ was one of my favorites). There was something so exciting to me in these stories that it pushed the limits of what was possible. “Gates confessed after recounting his passion for reading.

Towards the end, he revealed what the five recommended books to give at Christmas: ‘Thousand brains; a new theory of intelligence ‘, by Jeff Hawkins; ‘The Code of Life: Jennifer Doudna, Genetic Editing and the Future of the Human Race’, by Walter Isaacson; ‘Klara and the Sun’, by Kazuo Ishiguro; ‘Hamnet’, by Maggie O’Farrell, and finally the ‘Project Hail Mary’ (Hail Mary), by Andy Weir.

Sleeping poorly on vacation, a more common problem than you might think

Trends THE WEATHER
* With information from La Nación (GDA / Argentina)