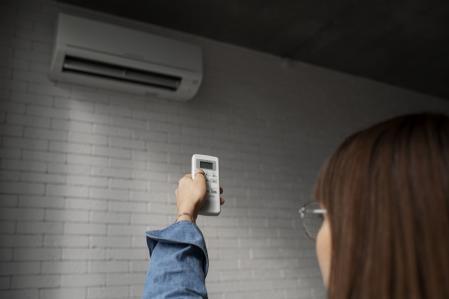 The indiscriminate use of air-conditioningsomething normal and necessary when it is as hot as it is today, contributes to the climate change. In fact, these devices are responsible for almost the 4% of global greenhouse gas emissions, according to analysis by the Department of Energy’s National Renewable Energy Laboratory and Xerox’s Palo Alto Research Center. Besides, the dependence on air conditioners will continue to increase.

Bill Gates, one of the richest men in the world and co-founder of Microsoft, wants to change this scenario in which air conditioners do good and bad at the same time. That is why he has decided financially support Blue Frontieran air conditioning company that hopes to be much more ecological than the competition. In this way, Breakthrough Energy VenturesGates’ clean technology investment fund, has injectedor 20 million dollars to this startup.

The air conditioning of tomorrow

This air conditioning company is based in Florida and strives to create the next generation of air conditioning technology. In other words, Blue Frontier claims that the new system it is developing can reduce energy consumption by up to 90% thanks to the fact that the amount of refrigerants it uses is between a third and a fifth less than what a lifelong air conditioner needs.

“One of the benefits of Blue Frontier’s HVAC technology would be a overall improvement of indoor air quality and a healthier environment inside homes“, said Daniel Bretts, CEO of the American startup.

How does it work?

There are not too many details about how these environmentally friendly air conditioners work. However, on the company’s website they try to illustrate its operation.

Blue Frontier claims that its refrigeration is generated from a Saline solution which acts essentially as desiccant. Its high concentration is achieved by means of a heat pump that evaporates part of the water that remains inside and is blocks from the environment until the air conditioner is needed again.

When this concentrated solution is exposed to air, it helps dehumidify through the absorption of water vapor, with the reduction of air temperature through un indirect evaporative cooling. Thanks to this process, a 60% reduction in annual energy use and one 85% reduction in greenhouse gas emissions.