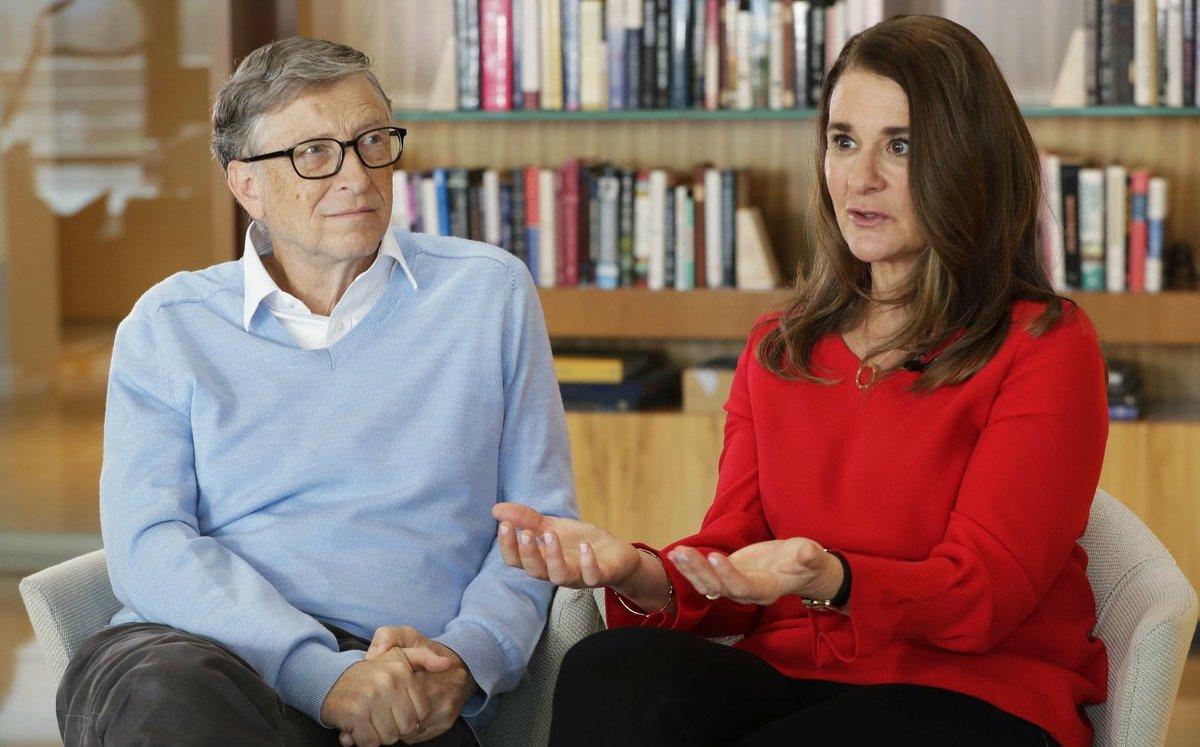 The divorce between Bill Gates and his wife Melinda French was brewing since 2019, when she showed her discontent for the relationship between the former leader of Microsoft and Jeffrey Epstein, the businessman who committed suicide in prison after a series of scandals sex with minors, as well as after the case of a claim of harassment against his money manager and the constant invitations that the philanthropist did other women when he led Microsoft, something that was revealed by the US media.

The New York Times published today a series of “questionable” behaviors that would have further denoted the breakdown of one of the most millionaire couples of the world, which announced its divorce in April, thus unleashing a series of theories that have begun to be published.

The first of them have to do with Michael Larson, who was in charge of managing Gates’ money, who despite having a history of solid business returns and foundation led by his boss, was involved in a sexual harassment scandal against the manager of a bicycle shop.

The connection between the two was through Rally Capital, a venture capital company that had a stake in the store. The manager called her lawyer to report that Larson was sexually harassing her, the legal representative sent a letter to Gates and French.

The issue was settled out of courtAlthough French, who had already expressed his displeasure at the humiliating treatment against women, as well as his support for the empowerment of this gender, hired lawyers to investigate the issue in parallel. The media declares that It is not clear if Larson left without being held responsible. or if there were other factors, but it does establish that your employment and management relationship with Gates continued.

Gates’ petitions to other women

Other points made by the media were the various occasions on which the former businessman invited women who worked or had a connection with Microsoft to meetings.

Among the cases, one stands out that occurred in 2002, when Gates would have sent a message to an employee of the software firm for dinner.

“If this makes you uncomfortable, pretend it never happened“Gates would have written in an email to the woman, according to a person who read the message for The New York Times.

The situation was also repeated with another woman in New York, who under anonymity said that she preferred not to respond and decided to smile at the proposal for dinner.

The same outlet consulted at least six former and current employees at Microsoft, the Gates and French foundation, as well as the firm that manages the tech expert’s monies. These people claimed that all events created uncomfortable working conditions And although they disapproved of these behaviors, they did not perceive him as a sexual predator of women.

These attitudes of Gates earned him comments that they described him as clumsy behavior with women, both inside and outside the office, although he did not pressure or subject them to access through their advancement in their working careers within some companies, according to the media.

The relationship of Gates and Epstein, accused of sex trafficking of minors

By 2011, Gates met Epstein, three years after the other businessman, who faced allegations of sex trafficking of girls, pleaded guilty to soliciting prostitution from a minor.

The New York Times, prior to the publication of Wall street journal, reveals that French had already expressed his rejection of Gates to spend time with EpsteinBut the main driver of the technology company continued to see it, according to people who attended or knew about meetings.

In 2019, it was French, after publicly revealing the relationship between Gates and Epstein, who sought legal help to start her divorce proceedings.

That same year, Epstein se He committed suicide in jail while in custody to face a judicial process in which he was accused of sex trafficking of girls in United States.

Bridgitt Arnold, representative of Bill Gates, has dedicated himself to questioning the versions that some people have qualified about the conduct of the philanthropist, as well as the divorce of the couple.

He maintained that “it is extremely disappointing that so many falsehoods have been published about the cause, circumstances and schedule of Bill Gates’ divorce,” according to The New York Times.

“His characterization of his meetings with Epstein and others on philanthropy is inaccurate, including who was involved. Likewise, any claim that Gates spoke disparagingly of his marriage or Melinda is false. The employee abuse allegation is also false. False. Rumors and Speculation Surrounding Gates’ Divorce are getting more and more absurd, and it is unfortunate that people who have little or no knowledge of the situation are characterized as ‘sources’. “

It is precisely about the meetings with the deceased accused of the scandal of sexual abuse against minors that the representative of Gates seeks to clarify, stating that he He never socialized or attended parties with Epstein.

Similarly, he also refused to allow attractive young women to participate in his meetings. “Bill only met with Epstein to discuss philanthropyArnold said.

The outlet mentions that there is no indication that Gates and Epstein did business, although he maintains that there are people who mention that he did talk about his marriage crisis with French.

In other meetings between the two businessmen, one that occurred in 2013 is also recorded, where Epstein took Gates to meet Leon Black, the director of Apollo Investments who had a multifaceted business and personal relationship with later investigated for sex scandals. These meetings, according to two close people, were held at the offices of the aforementioned firm in New York.

The report maintains that it is not clear whether or not French had any knowledge of these latest meetings, but a close person who spoke would have told him that “She decided it was best for her to leave her marriage as she moved on to the next stage of her life.”