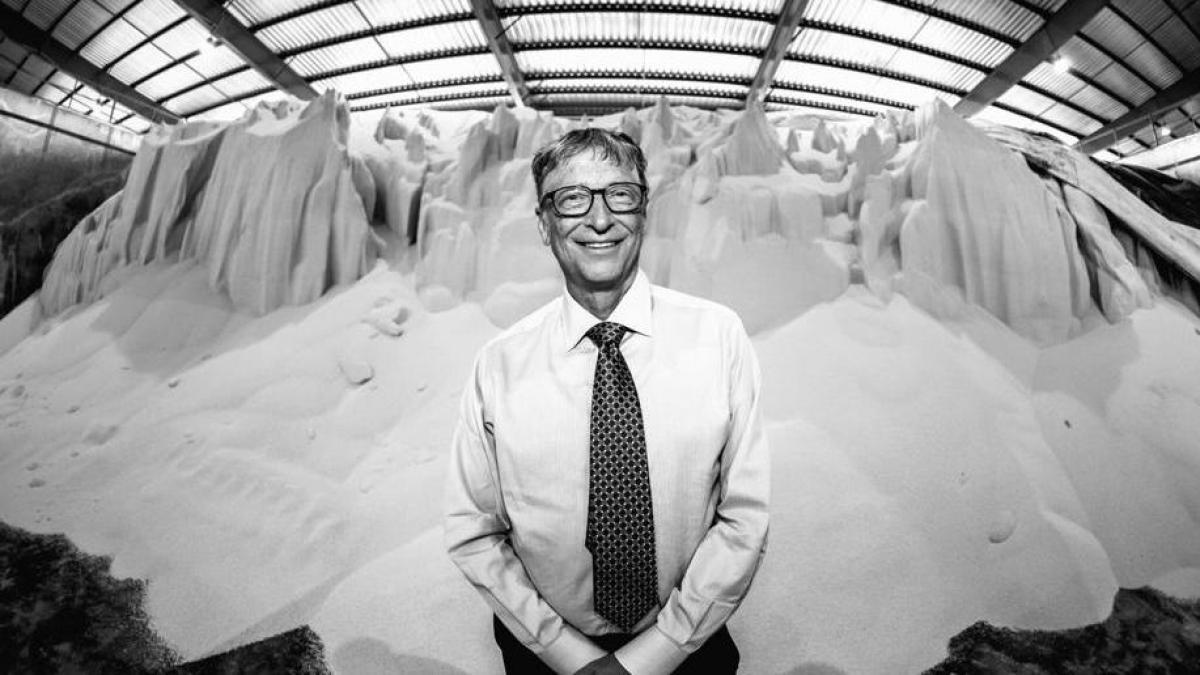 On January 11 of this year it came to light that Bill Gates had become the largest private landowner in America overnight. Thanks to Eric O’Keefe’s exclusive for The Land Report it was learned that William Henry Gates III, better known as Bill Gates, and his ex-wife, Melinda Ann French, were home to 240,000 acres spread across 16 states in the United States.

For many analysts it was hopeful news for the future of food, as it was better for the Gates Foundation to take over farmland before it was left in the hands of one of the agri-food monsters with the false promise of feeding the world. Despite the widespread image washing, more and more activists are raising their voices to denounce what they consider a blatant attempt to restart the food system with tailored rules and without the permission of the main protagonists of this story, the farmers of each region. .

“Bill Gates’s power over the food system is immense, and it’s only growing. This trend of billionaire capitalists exercising control over formerly democratic systems is incredibly dangerous. We cannot allow it to continue without reporting it ”, say the spokespersons for A Growing Culture in collaboration with the Community Alliance for Global Justice. “There has been a lot of talk recently about Bill Gates’s role in the food system, but his influence is more important and dangerous globally. Whatever his motives, Gates has a keen interest in the future of the farming. But this vision damages the decentralized networks of farmers who save and exchange their own seeds, cultivating a crucial biodiversity for the maintenance of cultures and the fight against climate change ”, assures Loren Cardell as executive director of the organization.

In this sense, if anyone has monitored all the movements of the Gates Foundation in detail from 2003 to the present to establish to what extent it is fabulous or disastrous news that Microsoft’s brain continues to grab land, it is the activists of GRAIN. This small non-governmental organization based in Barcelona has been able to verify that the tentacles of Bill Gates extend beyond the borders of his domains. “We found that while the Gates Foundation grants focus on African farmers, the vast majority of their funding goes to groups in North America and Europe. Subsidies biased towards technologies developed by research centers and corporations in the North for poor farmers in the South, completely ignoring the knowledge, technologies and biodiversity that these farmers already possess. In addition, much of its grants are given to groups lobbying on behalf of industrial agriculture. And this is bad for African farmers and it is bad for the planet ”, they guarantee.


Quantitatively, the thing remains as follows: the Gates Foundation granted 6 billion dollars over 17 years for food and agriculture, 5 billion of which was supposed to go to different organizations in Africa. Good news if it weren’t for something going wrong along the way. “There was no movement to try to reach out to African groups directly, there was no attempt to address new approaches outside of technology, and there was no movement to adopt a more holistic and inclusive political agenda,” says GRAIN research.


The feeling that remains in the most critical sector is that it is trying to fight against hunger in the South by giving even more money to the North, and this does not help the credibility of Bill Gates’s model, perhaps excessively focused on empowering the private sector and technology companies. like Impossible Foods, Beyond Meat, Memphis Meats and Hampton Creek Foods, vegetable meat production startups in which it has injected 50 million dollars to expand its products. “Gates has invested a lot of money in the Alliance for a Green Revolution in Africa (AGRA), an organization that he helped found and that is working towards a system in which small farmers depend on expensive corporate seeds, chemical fertilizers and pesticides. ”, They allege from A Growing Culture. “There is little room for peasant, indigenous and farmer-led solutions that are more appropriate to their local contexts and needs. The bottom line is that Bill Gates shouldn’t have the power to define the narratives of the food system. “

In the background lies a dangerous idea, that of the white man as the savior of the “disadvantaged”, “underdeveloped” or “Third World” countries. A controversial issue for activists, due to possible links with neocolonialism. “The great majority of African farmers still use self-sustaining farming methods based on indigenous seeds and low-cost approaches to maintain the land. According to Gates, this is the real problem, not structural poverty. Gates believes that farmers could produce more with better technologies, which that would lift them out of poverty (and solve hunger as a result). This is a ridiculously wrong statement, considering that we currently produce enough food to feed 1.5 times the world’s population. At best, it is deliberate ignorance, at worst it is a desire to profit by perpetuating the problem ”.

Million Belay and Bridget Mugambe, two Africans who work in leadership positions at The Alliance for Food Sovereignty in Africa (AFSA), the organization representing more than 200 million farmers, fishermen, pastoralists, indigenous peoples, women and consumers in almost all African countries are even more forceful in this regard. “Bill Gates should stop telling Africans what kind of agriculture Africans need,” says their co-written complaint article. “This transformation has huge adverse implications for the nutrition, health, environment, culture and right to food of Africans. We ask that Gates allow the continent’s food producers and consumers to chart our own paths towards sustainable and healthy agricultural practices and diets ”, converge in a plea in favor of agroecology and food sovereignty.


Nobody doubts that Bill Gates aims to improve the future of food in an overpopulated world, but if what you really want is to help improve the food system, the team at A Growing Culture advises another, more humanistic point of view. “Stop directing efforts that treat farmers as beneficiaries, rather than active innovators. There is no one-size-fits-all solution for agriculture. No application, computer algorithm or agricultural technique will be the silver bullet that solves all the problems of the food system”.