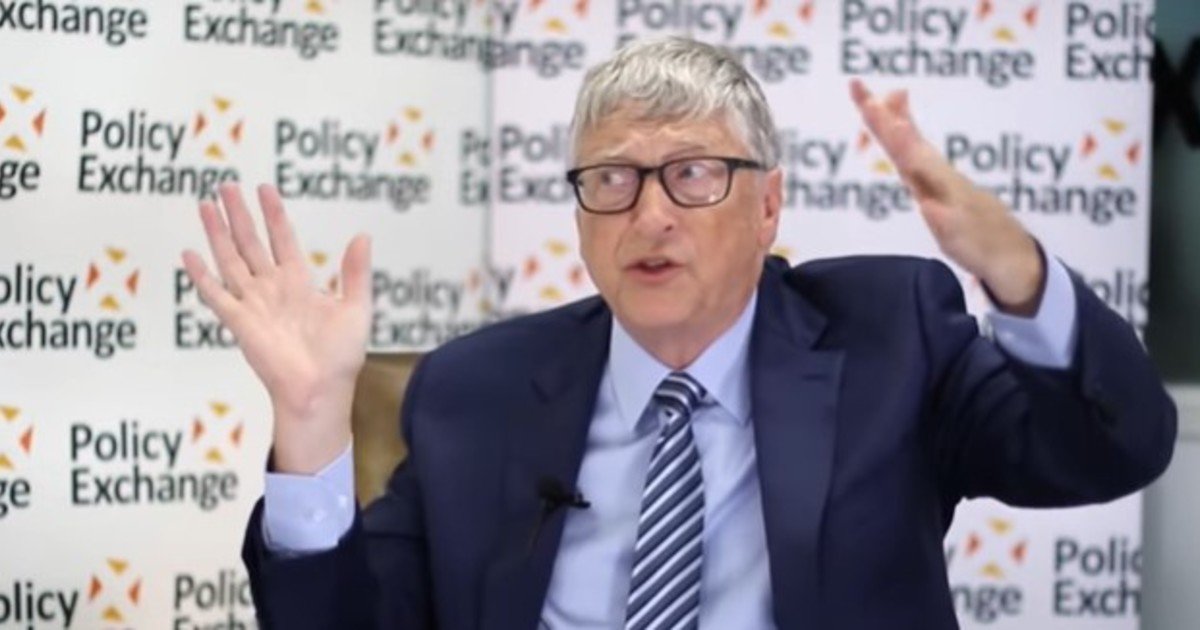 Bill Gates, creator of Microsoft, is one of the people who had been warning for years of the possibility that a pandemic put the world in check. Since 2020, more than five million people have died from coronavirus. Now, the philanthropist has issued a new warning about what the next threat will be.

“We must be ready ‘at any cost’ to stop disasters such as smallpox terrorist attacks,” says Bill Gates, referring to the danger of bioterroristas. These would be people who can spread a virus through a certain territory, the greatest danger being one with a high lethality such as Ebola or smallpox.

“What if a bioterrorist took smallpox to 10 or more airports? Do you know how the world would respond to that? There are epidemics caused naturally, and others caused by bioterrorism that could even be worse than the ones we experience today. “For this reason, Bill Gates believes that countries should spend fortunes when financing research and the creation of specialized cabinets in this type of terrorism.

Bioterrorism consists of the deliberate release of viruses, bacteria, toxins or other pathogens in order to cause disease in people, animals or plants, or to cause their death.

Smallpox it is considered one of the greatest killers in terms of disease in human history. Its eradication culminated a ten-year effort by the World Health Organization that began despite serious doubt and skepticism and succeeded in overcoming obstacles caused by floods, famine, civil war, and bureaucratic inertia.

However, recent actions around the world raised concerns that smallpox could be used as a weapon. Publications of the US Centers for Disease Control and Prevention. support the possibility of her being released intentionally.

The tycoon predicted that an upcoming threat could endanger the existence of the human race. He called on the governments of the world to invest billions in security against possible biological attacks perpetrated by terrorists.

For this, he requested the creation of a working group on pandemic control led by the WHO which, according to specialized media, should have a fund close to 1,000 million dollars.

This was predicted by Gates in conversation with ‘Policy Exchange’.

Bill Gates, last week, during his talk with Policy Exchange.

The fourth richest man in the world stressed the joint work that countries known as powers for the prevention of massive diseases must have. Gates said cooperative work on the matter could advance scientific findings for disease eradication.

“The good news is that much of the research and development we need to do to prepare for the next pandemic is things like making vaccines cheap, having big factories, eradicating the flu, getting rid of the common cold, making vaccines just a small patch … things that will be incredibly beneficial even in the years when we do not have pandemics, “he told the American media.

Gates and his fear of bioterrorism.

Medical and technological advances made the treatment of viruses and diseases easier. It can also become a ‘double-edged sword’ if terrorism were to move to the biological or microscopic level.

Gates closed by saying that bioterrorism and the control of new pandemics will be a topic that he will be promoting during his talks with world leaders and at conferences around the world as a matter of utmost importance for the security of humanity.

In addition, during one of his acts during the celebration of COP 26, the philanthropist presented a “catalyst” to promote technologies with great climate potential such as clean hydrogen, sustainable fuels for aviation or energy storage. “Reaching zero emissions will be one of the hardest things humanity has ever done,” Gates said. The initiative, which will also seek to develop CO2 capture and storage, seeks to accelerate technologies that are not yet mature for commercial exploitation or that are not scalable.