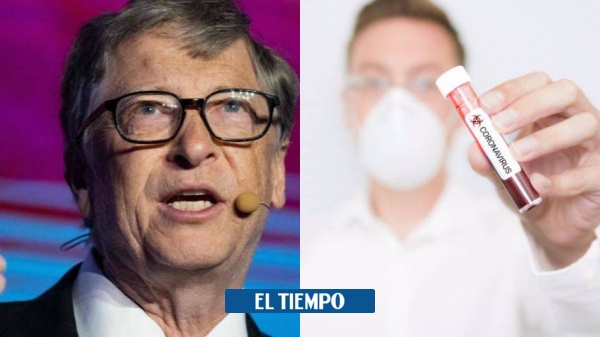 It is already customary for the businessman and philanthropist Bill Gates be consulted regarding the evolution of the covid-19 pandemic, to the possibility that other viruses and similar dangers are generated for the human being – to which he has always answered that it is very possible – and to the mechanisms that we can carry out as a race to combat this type of affections correctly.

On this occasion, the magazine ‘Time’ interviewed him about the way in which the world faced this crisis caused by the coronavirus and he made his point of view very clear: we could have done better.

Humanity was not prepared for the pandemic

One of the ideas that stood out the most with respect to the pandemic was the lack of investment in disease surveillance, the manufacture of vaccines and better medicines. Mankind could have saved the health crisis, and with it the economic crisis, if he had invested more time and resources in health before the appearance of the virus.

We wouldn’t be so lucky next time

“We lost our focus on setup and were lucky that some of the tools worked“Gates assured.

The philanthropist sees it necessary for rich countries to invest in new tools to face pandemics. The million deaths and billions of dollars lost opened the eyes of the world’s authorities, who had no intention of improving the health quality of the world’s inhabitants: “Now we do invest in diagnostics, therapies, but particularly in vaccines, which will be incredibly useful even before the next pandemic hits.“.

(You may be interested in: Did Musk, Bezos, Gates, and Buffett beat each other on their way to success?).

Lack of leadership from the US in the early days

In addition, he criticized the lack of leadership of his native country during the early days of the covid pandemic: “This was an unusual problem, in which the United States originally did not take a leadership role. It left a bit of a vacuum. Covax was created in part because of that lack of American leadership.“.

The mogul is in the top five on America’s richest men list.

At this year’s meeting of the Grand Challenges organization, the Bill and Melinda Gates Foundation – belonging to the magnate – had already pledged 50 million dollars (almost 200,000 million Colombian pesos) to support the work of scientists in low-income countries and medium, emphasizing research on health issues.

In addition, he was one of the great donors of Covax.

According to Gates, the only disease that has done a good job with antivirals is HIV. On the contrary, it has failed enormously with regard to the development of drugs to combat influenza and other viral infections.

(Can read: Bill Gates reviews the five best books he read in 2021).

He also firmly believes that the human race must have learned a lesson from the crisis. We are vulnerable. We must be aware of this and take concrete actions to solve it.

Your wake-up call regarding inequality

As a closing to the interview, and with the intention of leaving an optimistic lesson, he recalled that the loss of billions of dollars due to the lack of preparation regarding the pandemic taught humanity the importance of investing in health, which is why he believes that the possibility that a health crisis as serious as the current one will happen again is extremely low.

“It’s an incredible bargain, but it will also allow us to focus on global health, where inequalities are so dramatic. Even to this day, despite the progress we have made, having tools for things like eradicating malaria, tuberculosis, HIV is a luxury.“, he concluded.

Food, money and other controversial ‘gifts’ from the president of the Philippines to those who get vaccinated

I don’t want to be Colombian anymore ‘: Yeferson Cossio after talking about his taxes

Bill Gates on future pandemic: ‘We wouldn’t be so lucky next time’