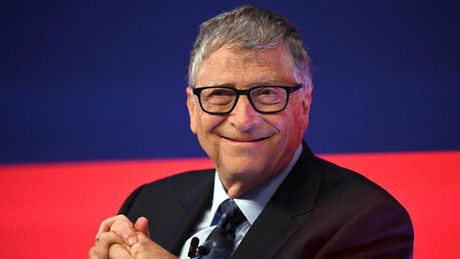 Successful people tend to have a very organized day. Even their day tends to start earlier than most, with marked morning routines designed to take charge of all that is to come.

The same happens when the day ends. Most of these leaders understand that they must take care of their mind and body to be as productive as required.. And that’s why they have common habits when it comes to things to do before going to sleep.

One of them is Bill Gates. The founder of Microsoft is very clear about what works for him to get a good night’s sleep. Nothing is more important than giving the body the rest it deserves so that it can be as good as new the next day.

It turns out that every night you are fighting to achieve the 7 hours of sleep a day that they recommend?

You may be interested in starting follow Bill Gates’ nightly routine to get to bed relaxed and get to sleep.

First of all, always wash the dishes. Why? This moment, despite how routine and banal it may be at first, provides a moment of meditation and calm.

In case you have had a day full of stress, It is an opportunity to disconnect without thinking about anything beyond washing, rinsing, drying and thus repeating until the pile of plates, glasses and utensils is descending.

This worldly habit is a simple way to free the mind, similar to other relaxation techniques.

This was highlighted by a 2014 study, according to which washing dishes is a contemplative practice that helps relaxation by promoting a state of attention and emotional phenomena similar to the practice of Mindfulness.

Second, once he goes to bed, he starts read a book. This activity carries a multitude of health benefits. For example, you give us greater empathy as we expose ourselves to new stories and characters, we accumulate critical knowledge, and your perspectives expand beyond your own notion of the world.

Also, reading before bed reduces blood pressure and feelings of anxiety according to this study by the Journal College Teaching & Learning.

Known for being an avid reader and for his literary recommendations, the billionaire has his best nightly routine in reading.

“I read for an hour almost every night. It’s part of falling asleep,” Gates acknowledged to The Seattle Times.

Which is the best advice on personal finance what can they give you? What are the golden rules that the millionaires to get their fortunes?

If you are looking for recommendations related to money, few people can be more suitable than Bill Gates, billionaire founder of Microsoft who was for many years the richest man in the world, until giving away a large part of his fortune to philanthropic organizations.

These are Bill Gates’ 10 personal finance tips, according to the GoBankingRates financial recommendations portal:

1. Invest in your education

It may seem counterintuitive, since Bill Gates himself dropped out of Harvard And Steve Jobs similarly didn’t spend much time in college either, but both millionaires have fond memories of their student days and agree that he helped them in the future.

In Gates’ case, the importance of education to him is such that, when asked on Reddit, “What is your best personal financial advice for people who make less than $ 100,000 a year?” He replied: “Invest in your education.”

As a general rule, people with a master’s or bachelor’s degree can aspire to higher-paying jobs, hence one of the reasons why education is so important, in addition to offering you knowledge, tools and relationships that can help you in the future.

This is also remembered by Bill Gates, for whom Harvard supposed “to be in the midst of a lot of energy and intelligence.”

“It could be exhilarating, intimidating, sometimes even daunting, but always challenging. It was an incredible privilege, and although I left early, I was transformed by my years at Harvard, the friendships I made, and the ideas I worked on.“he explained in a graduation speech in 2007.

2. Use criticism to learn

According to Bill Gates, criticism can become a tool that, used well, will help avoid falling into the same mistakes, learn and find solutions to problems.

“Listen to your customers and take their bad news as an opportunity to turn your mistakes into the concrete improvements they want. You should examine customer complaints more often than company finances“, he writes in his book Business in the digital age.

Also on his Gates Notes blog, he expressed himself in a similar way: “In many companies, bad news travels very slowly, while good news travels fast. We try to fight that,” explains Gates, before recalling that his team informed him of the awards that Microsoft had won, to which he replied that they had lost many more.

“Wanted to spot negative trends early, when we could still do something about it, “he shared.

3. Look from a general perspective

In the heat of the day, things can seem better or worse than they really are. More, possibly, in the case of billionaires, who see their fortunes or the valuation of their companies change overnight. Given this, it is convenient to take a few steps back, see the whole picture and look at the general situation.

This is how he learned from his friend Warren Buffett, a billionaire investor and CEO of Berkshire Hathaway, who Gates says “has a whole framework for business thinking that is very powerful.”

Buffett “talks about looking for the pit of a company – its competitive advantage – and whether the pit is shrinking or growing. He says that a shareholder has to act as if he owns the entire business, looking at the future profit stream and deciding what it’s worth, “Gates explained.

“Optimism is often dismissed as false hope. But there is also false hopelessness,” Gates warned in a 2014 commencement speech at Stanford University, in which he explained his faith in optimism and the importance of this when solving problems.

5. Think critically about your success 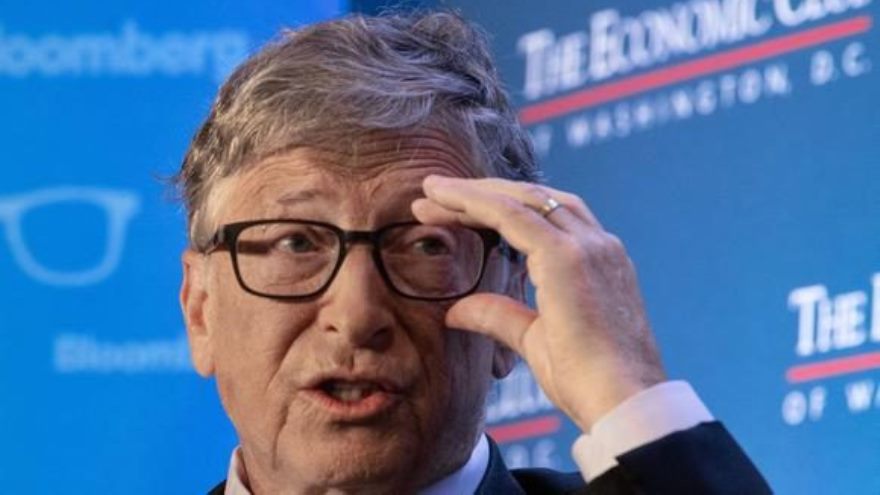 You tend to see a success as a good thing and, conversely, a failure as something exclusively bad. However, many learnings come from mistakes, from which you can aspire to achieve success. And, once there, flee from conformity and seek constant evolution.

“The success is a lousy teacher. It seduces smart people into thinking they can’t lose, “wrote Bill Gates in his book Road to the Future.

“In the last year it has surprised me over and over again how important measurement is to improving the human condition. Amazing progress can be made by setting a clear goal and finding a measure that will drive progress toward that goal.“Gates said in his 2013 annual letter to the Bill & Melinda Gates Foundation.

Whether you have a business or are looking to manage your personal finances or save more, it is recommended to set goals, follow them and measure your progress.

Precisely the foundation of Bill Gates and Melinda French Gates is the main tool through which he carries out his well-known acts of philanthropy, with millionaire investments in sectors such as health.

Furthermore, Bill Gates admits the importance of money, especially to have more economic freedom, but it puts limits: “I can understand that you want to have millions of dollars; there is a certain freedom, a significant freedom, that comes with that. But once you get much further, I have to tell you : It’s the same hamburger, “he humorously stated at the University of Washington in 2011.

8. Do not overindulge your children

“It’s not such a good idea for your kids to give them a ton of money,” Gates warned during a speech in 2019.

Something similar thinks his friend Warren Buffett, as well as other great billionaires who They do not want to leave their entire fortune to their children. Buffett has been clear for years that he wants to donate the vast majority of his money to charitable causes, something to which he got down to work in recent years, arguing that neither he nor his children need it: “Society You may need my money; I don’t. ”

“After observing super-rich families a lot, this is my recommendation: leave it to your children. enough that they can do anything, but not so much that they can do nothing“, explained the businessman and investor.

9. Think about the world, not just yourself

In keeping with their philanthropic acts, Bill Gates and Melinda French Gates spoke to a class of graduates last year: “They inherit a world that has already shown that progress is possible. A world that it rebuilt after the war, that it conquered. smallpox, which fed a growing population and lifted more than a billion people out of extreme poverty. ”

“That progress did not come about by accident or by fate. It was the result of people like you who pledged that, whatever they did with their lives and careers, they would contribute to this shared mission of pushing us all forward,” they recalled.

Reading is a characteristic shared by many millionaire people, who have used books to learn, be inspired, draw lessons and increase their fortune.

Bill Gates lee 50 books a year and recommends many of them on his blog; Richard Branson has a book club; Mark Zuckerberg is known for his book recommendations of all kinds, Warren Buffet spends about 5 hours a day reading the press and reports, and Oprah Winfrey has publicly declared herself passionate about reading.

Bill Gates’ nightly routine: these are the billionaire’s two steps to relaxing your mind and getting a good night’s sleep