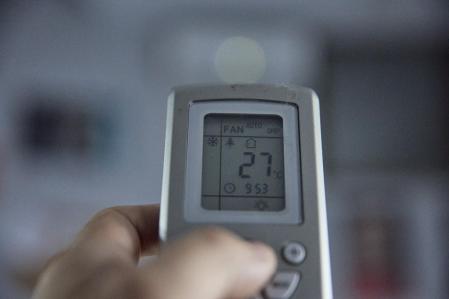 The Government’s Energy Savings Plan is going to impose restrictions on the use of air conditioning due to its impact, at least until November 2023. The climate impact of this device, which in some cities is becoming essential during the summer, is great. In addition, it is expected that the energy we dedicate to thermal comfort will not stop growing in the coming years.

An investigation by the National Renewable Energy Laboratory of the US Department of Energy and the Xerox Palo Alto Research Center concludes that air conditioning emits about 4% of global greenhouse gas emissions. greenhouse gases. Bill Gates, aware of the seriousness of the problem, has set out to create cleaner air conditioning.

According to data corresponding to the year 2021, less than 40% of the Spanish population has air conditioning at home. This shows the enormous environmental impact of air conditioning systems, since it already represents about 4% of global emissions. Global warming has been aggravated by the increase in energy used for cooling systems in buildings, which has not stopped increasing since 2000.

It is estimated that from 2022 to 2050 it will go from the current 3,600 million devices to 14,000 million. This, taking into account the acceleration of climate change and the consequent increase in temperatures – something that we are verifying well this summer – portends serious problems for the planet and its inhabitants.

Given the climate emergency context in which we find ourselves, which requires an energy transition, tycoon Bill Gates and his Breahtrough Energy fund have invested 20 million in Blue Frontier, a start-up that promises to be the future of air conditioners in less climate impact.

Traditional chlorofluorocarbons and hydrochlorofluorocarbons are harmful to the ozone layer, and instead Blue Frontier’s design uses a salt solution as a liquid desiccant for cooling. This means a fifth less problematic substances and a considerable reduction in the energy bill, between 50 and 90% less.

The system designed by Blue Frontier combines sensitive dew point refrigeration – dew point is considered to be the temperature at which water begins to condense – with liquid desiccant dehumidification. The desiccant is stored when the electricity is cleaner, that is, it comes from renewable energy sources and is cheaper. In addition, it does not need to consume electricity when it is fully operational, which allows us to transfer energy consumption to the hours of less consumption.

Bill Gates has a plan to create cleaner air conditioning