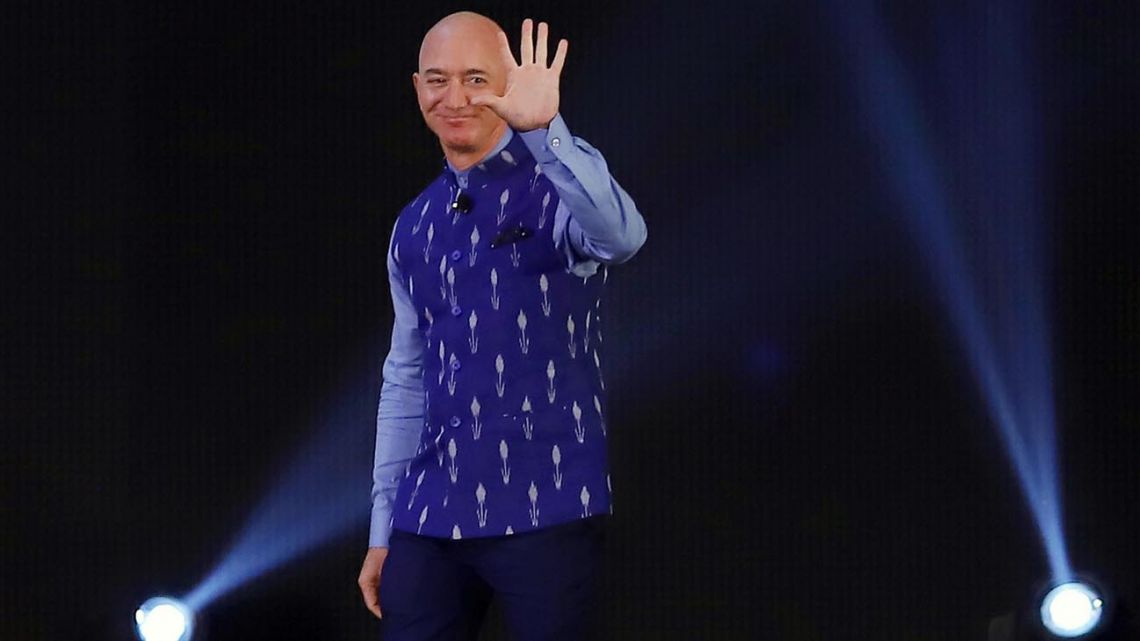 Jeff Bezos promised to donate US $ 203.7 million before the end of the year as part of the Bezos Earth Fund, its $ 10 billion commitment to fight climate change, which started last year.

Bezos will immediately donate US $ 73.7 million of the total to 12 organizationsThe remainder will go to groups supporting the Justice40 initiative by year-end, according to a statement released Wednesday by the Bezos Earth Fund. Justice40 is a Biden Administration initiative aimed at combating climate change and supporting disadvantaged communities.

Bezos leaves Amazon and already has a rival in space

“These funds are just the next step in the Bezos Earth Fund’s commitment to bring about catalytic change during this decisive decade,” Group Chairman Andrew Steer said in the statement.

Bezos recently dumped $ 172 million in shares of Amazon.com Inc., which were designated as a charitable contribution., according to documents filed with the Securities and Exchange Commission. Bezos, 57, has recently made numerous donations, with a couple of philanthropic announcements interspersed with his trip to space.

In half a century, meteorological disasters have increased fivefold, but there is good news

Days before completing an 11-minute flight into space through his company Blue Origin, Bezos announced a $ 200 million donation to the Smithsonian’s National Air and Space Museum, most of which will go towards the creation of the Center. of Learning Bezos. After the trip, Bezos said he would donate $ 100 million to Van Jones, CNN political aide and founder of Dream Corps, and the same amount to chef José Andrés, co-founder of World Central Kitchen, which helps feed people in affected regions. for disasters.

Bezos’s equity is valued at US $ 202.3 billion, according to the Bloomberg Billionaires Index. His ex-wife MacKenzie Scott’s fortune stands at $ 62.1 billion, even after donating more than $ 8 billion in the past 14 months.