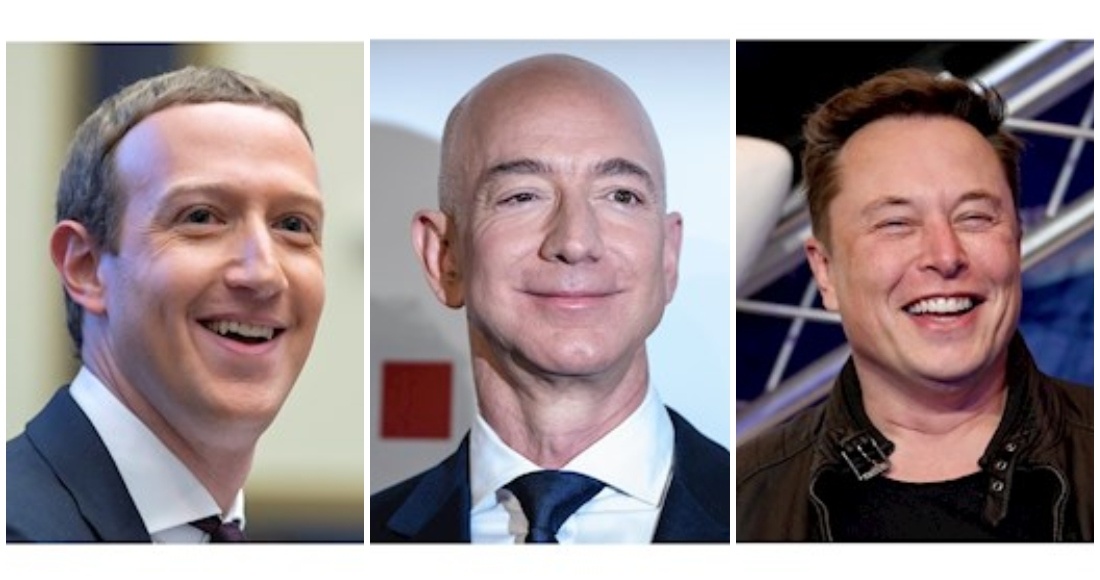 In recent years, the discourse on whether the richest in the US should have a greater tax contribution has sharpened because their fortunes are enormous, however, with Biden’s new reform proposal, income taxes will be mandatory and according to the amount of your income.

Mexico City, March 28 (However).– The US government announced that as part of the budget for fiscal year 2023, which begins next October, it will have a new 20 percent minimum tax for the wealthiest of the country, that is, those people who have fortunes greater than 100 million dollars, among which are the owners of Amazon and Tesla, Jeffrey Bezos and Elon Muskrespectively.

The President of the United States stated that with this initiative a new maximum tax ceiling would be set, that is, a 20 percent more than the average citizen pays. The budget initiative is 5.79 billion dollars, compared to 5.85 billion spent in 2022.

The new tax Joe Biden administration seeks—along with a corporate tax increase from 21 percent to 28 percent—”to reduce the federal deficit by more than $1.3 trillion this year,” in what is “the largest annual deficit reduction in history.” of the United States“.

President Biden’s budget also includes funding that is focused on helping us Build a Better America for all by expanding opportunity and lowering costs for working families. pic.twitter.com/ey1yYh9Pgw

According to Forbes’ list of the 20 richest people in the United States in 2021, only eight have a net worth of $100 billion or more, compared to previous periods. The magazine specified that together the elite zone of the North American country was enriched with 500 billion during 2020, so now its joint value is 1.8 trillion dollars, “somewhat more than the GDP of Canada”.

According to the publication, the richest person in the world at the time of the measurement was Jeff Bezos, owner of Amazon, with a net worth of 201 billion, followed by Elon Musk of Tesla and SpaceX (190.5 billion), Mark Zuckerberg, from Meta – which houses Facebook, WhatsApp and Instagram – (134.5 billion), Bill Gates from Microsoft (134 billion), Larry Page and Sergey Brin from Google (123 billion and 118.5 billion).

New: A new @ProPublica analysis of a trove of IRS documents revealed that the richest 25 Americans pay a tiny fraction of their wealth in taxes. But even if you use the most conventional yardstick — income — the wealthiest still pay low rates.https://t.co/4rp9eeLmsh

In fact, the data revealed by the investigative medium served to sharpen the debate on what will now be a real law in the United States: that the rich pay their taxes. “In total, the 25 richest Americans pay less in taxes — on average 15.8 percent of adjusted gross income — than many ordinary workers, once taxes for Social Security and Medicare health insurance are included,” he argued. ProPublica.

Federal tax payments are supposed to be gradual, meaning the wealthy must pay an increasing rate on their income as it grows. The study’s findings show that people earning between $2 million and $5 million a year paid an average of 27.5 percent in taxes, the highest rate of any group of taxpayers. But above $5 million in income, rates fell: The top 0.001 percent of taxpayers — 1,400 people with reported income above $69 million — paid 23 percent. And the 25 richest paid an even smaller percentage.

The wealthy can reduce their taxes through the use of charitable donations or by avoiding earned income (which is taxed at 37 percent) and benefiting instead from investment income (usually taxed at 20 percent).

According to data from ProPublica, Jeff Bezos, Elon Musk and Warren Buffet paid 1.5 billion dollars in Income Tax from 2014 to 2018; Now, if the initiative is approved, they would pay at least 111 billion dollars in income tax over the next nine years.

Two months after this investigation, the White House published a study that revealed that the 400 richest American families paid an average tax rate of just over 8 percent on their income generated between 2010 and 2018, a “much lower” percentage. compared to that contributed by the rest of the country’s taxpayers.

New from the White House’s top economists: The 400 wealthiest families in America paid an average federal individual income tax rate of only 8.2% on $1.8 trillion of income from 2010-2018.

It’s time for the wealthy to pay their fair share.https://t.co/MzQ8nedY1Y

According to the September 2021 report, during the nine years covered by the analysis, these families, which represent 0.0002 percent of taxpayers, paid only an average of 8.2 percent in federal taxes for the nearly 1.8 trillion dollars they paid. earned as income during that period.

In contrast, during 2018 the average American paid a tax rate on their income of 13.3 percent.

This disparity in contributions to the treasury finds its origin in two main factors: on the one hand, “the preferential tax rates on capital gains and dividend income”, and on the other, “the ability of wealthy families to avoid permanently pay taxes on investment earnings that are excluded from taxable income.

WHAT WILL THE TAX ON THE RICH BE USED FOR?

The introduction of the minimum tax on the richest Americans represents a major reorientation of the tax code. It will apply to the richest 0.01 percent of households, and half of the expected revenue will come from households with $1 billion or more.

The minimum tax will effectively prevent the most affluent in the United States from paying lower rates than those of families that are considered middle class, while helping to generate revenue to finance Biden’s internal programs and relatively contain the deficit in the American economy.

In the proposal, the smaller deficits also reflect a resurgence in the economy as the United States emerges from the coronavirus pandemic. It is a sign that the government balance sheet will improve after historic spending to combat COVID-19. The dissipation of the pandemic and growth have allowed the deficit to fall from 3.1 trillion dollars in fiscal year 2020 to 2.8 trillion last year and 1.4 trillion as projected for this year.

That deficit spending fueled an economic expansion at a 5.7 percent pace last year, the strongest since 1984. But the highest inflation in 40 years also accompanied those strong gains as rising prices have affected Biden’s popularity.

Given the great fortunes of US billionaires, several studies have indicated that taxing their monetary assets would help solve world hunger or pay for COVID-19 vaccines for the entire world.

In October 2021, David Beasley, an American politician and executive director of the United Nations World Food Program, claimed that 2 percent of the wealth of millionaires like Elon Musk and Jeff Bezos could solve world hunger.

During an interview with the CNNBeasley said billionaires must “step up now, for the one time.” He then specifically referred to the two richest men in the world, Jeff Bezos and Elon Musk.

“$6 billion to help 42 million people who are literally going to die if we don’t reach them. It’s not complicated,” Beasley said. A “perfect storm” of various crises, such as climate change and the COVID-19 pandemic, means that many nations are “knocking on the door of famine,” Beasley told the CNN.

Meanwhile, in January this year, a 66-country analysis by the Fight Inequality Alliance, Institute for Policy Studies, Oxfam and Patriotic Millionaires revealed that a progressive wealth tax on the world’s richest people could pay for all the people of the planet are fully vaccinated and raise a section of its population above the poverty line.

In December, just four per cent of people in low-income countries were vaccinated, World Bank data show, compared with more than 80 per cent of people in countries like the UK who received both doses. This is important not only because the unvaccinated are more vulnerable to getting seriously ill, but also because it creates more opportunities for the virus to mutate, says the Bloomberg agency. 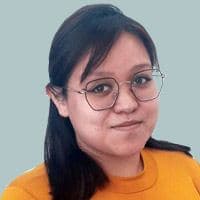 She is a feminist and Communicologist from the Faculty of Higher Studies Acatlán of the National Autonomous University of Mexico. She has a great fondness for reading fiction. She started her career at La Hora Nacional.

Bezos, Musk, Zuckerberg and Gates would be the first to pay a new tax in the US

The crossroads of Facebook: fewer users and a drop in value amid its investment by the metaverse
Do you want to be a millionaire? Mark Zuckerberg recommends not spending money on these two things
Elon Musk's life in data - KESQ