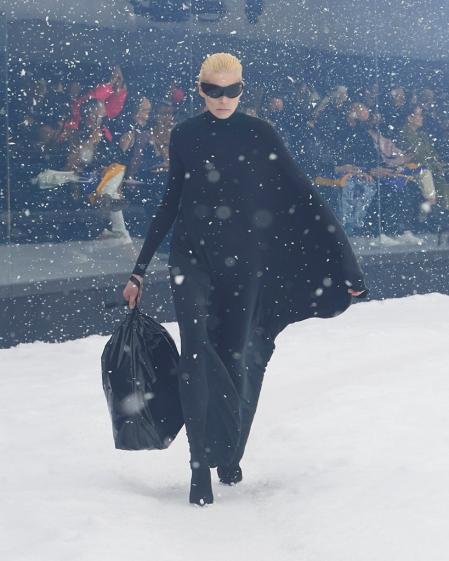 Balenciaga It has been the first fashion giant that has joined many other brands that have decided to leave Twitter after the acquisition of the social network by billionaire Elon Musk. Among many other changes since Musk took over, new content rules have discouraged many brands from using the social network.

The luxury brand, which had more than a million followers on its account, has confirmed that it is leaving Twitter and has not yet commented further. With this gesture, Balenciaga also joins celebrities such as Gigi Hadid and Shonda Rhimes, who did the same when Musk took control of Twitter. One of the brand’s most prominent ambassadors in recent years has been Kim Kardashian, who accumulates more than 74 million followers on the social network.

Balenciaga, the Spanish luxury fashion house founded in 1917 by designer Cristóbal Balenciaga and now based in Paris, is the latest company to leave the platform since Musk took it private on October 27 and made changes. including laying off half its workforce and starting a paid verification service that led to the proliferation of imposter accounts.

One posed as Eli Lilly and tweeted “insulin is free now,” sending shares of the drugmaker plunging sharply. Other companies have stopped advertising on the platform, including General Motors, Volkswagen, Pfizer and General Mills out of fear that their ads or products could appear alongside violent or extremist messages.

On Friday, the Playbill theater guide left a final tweet for its 400,000 followers that read: “Due to your tolerance of hate, negativity and misinformation, our time with the social media platform has come to an end.” She warned fans to ignore any content from a Twitter account that contains Playbill’s name. “Please understand that it is not us.”

Balenciaga decides to leave Twitter after the arrival of Elon Musk

Bill Gates as 'Guille Puertas' and other famous names translated
Mark Zuckerberg recovers $ 2.4 billion in one day | Video
This is the "Orbital Reef": Jeff Bezos' Space Station project already has the green light from NASA