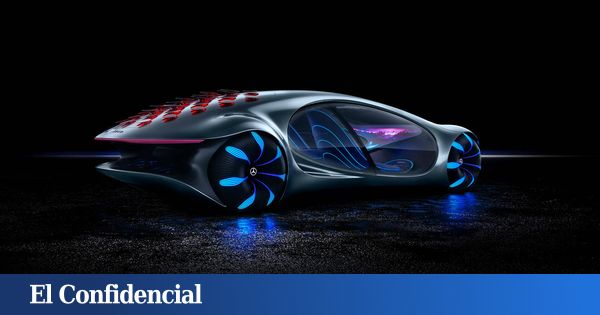 Mercedes has invented a system so that its cars can read drivers’ minds, which will allow you to perform certain operations just by thinking about them.

The German company has incorporated the system – fully functional, but still in an experimental form – in its ‘concept car’ Mercedes-Benz Vision AVTR. That car was unveiled at CES in Las Vegas 2020, but this mind-controlled version has been unveiled at IAA Mobility 2021. According to the German giant, visitors to the show will be able to test it themselves.

How does it work

Controlling vehicles with your mind – as if you were Clint Eastwood on Firefox– is one of the great dreams of science fiction. In fact, Mercedes’ system now works like Eastwood’s helmet in that movie where he had to steal a mind-controlled Russian experimental plane.

Instead of a helmet with electrodes, the Mercedes system simply uses electrodes that are attached to the back of the skull. Those electrodes collect the electrical activity of the brain.

This mental activity is analyzed by an artificial intelligence system that interprets your wishes. Interpretation does not happen automatically. According to Mercedes, it requires a process of one minute calibration which causes users to notice various points of light on the Vision AVTR’s digital dashboard.

The company claims that the “brain computer interface”, or BCI In its acronym in English, “measures neuronal activity in the cortex in real time. [El sistema] it analyzes brain waves and recognizes which lights it is focusing its attention on ”.

Brain interfaces are not new and are being investigated during decades for applications such as the control of mechanical hands in people who have suffered an amputation or to be able to restore the ability to express themselves in people who have lost it by accident or illness. There’s also simple games They use electrodes to do things like activate a fan that propels a ball through the air.

Obviously, the Mercedes thing seems more sophisticated than a game, but no more than a mechanical limb control system. And, in addition, what the German manufacturer raises here dont have much sense in the world we are heading towards, with autonomous cars that do not require reading your mind because they already fulfill your voice commands and anticipate all your wishes thanks to artificial intelligence.

In fact, on the subject of cars the only interface that makes sense is the interpretation of the natural voice. If the car takes care of everything and you don’t have to drive, why control functions with your mind by fixing your eyes on points of light? And if all that is required is to fix the eyes on a point of light, other methods already exist, such as cameras capable of “Read” your eyes and know exactly what you are looking at. Or, you know, hands.

The shots with the BCIs, as science fiction as they may seem, go the other way. Like Elon Musk, who wants to put implants to increase processing capacity brain of humans. The rest just seem like demonstrations with no further tour to give Press releases.