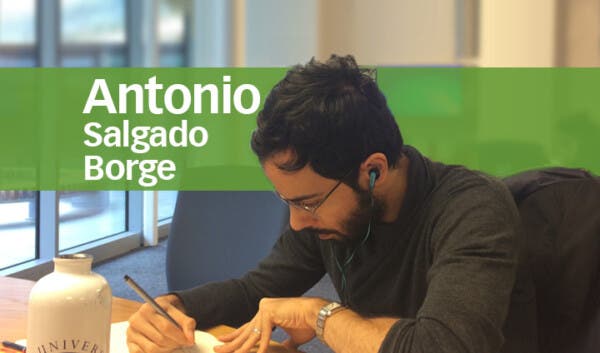 An evil force is ready to launch into the conquest of the metaverse. If his attempt is successful, life in that space would be under the yoke of a central power that humanity, human rights, welfare and democracy do not care about.

That the above is read as crazy fiction reveals that we have not even begun to prepare to face the assault that is coming.

And it is not common to talk about the metaverse or how to protect it. Nor have we put in check the forces of evil that, in full view, rub their hands together as they prepare to dominate it. It is not trivial then to try to make both elements more visible.

Let’s start with the metaverse. According to Reuters, this concept can be understood as a shared virtual world where land, buildings, avatars and even names can be bought and sold using cryptocurrencies.

In this space, people and their friends can meet, wander, visit buildings, buy goods or services and attend events.

For some people, a space like the one described above is just the natural evolution of the network; a kind of mix between an internet browser and simulated reality programs, like Second Life. For others, the metaverse will be the “next internet”, since it implies radical integration mechanisms that the current network cannot yet offer.

For the purposes of this analysis, it is not necessary to settle the debate. What matters here is that, like it or not, the internet will gradually give way to a space that has a greater potential to grab our attention and host activities that were previously considered exclusive to the offline world.

Some recent Facebook projects can be identified as efforts in this regard. The most recent is the launch of Ray-Ban brand lenses with which it will be possible to integrate the visual experience with the online experience. This device will also allow to record and transmit audio and video to incorporate the user’s perspective into the network.

Facebook’s glasses add to its investment in technologies such as facial recognition, virtual reality, and the online marketplace. And of course, its ability to integrate them into an experience that could also include Instagram and Whastapp.

That Facebook is poised to conquer the metaverse is an indisputable fact. What could be argued in any case is that there is nothing wrong with this; that is, the consequences of Zuckerberg and company becoming the masters of the metaverse would not be particularly negative.

But Facebook is in charge of accumulating evidence against this argument on a daily basis.

In recent days, “The Wall Street Journal” (WSJ) launched a series of reports called “The Facebook Archives.” One of the most shocking revelations contained in these files is the fact that Mark Zuckerberg’s company makes constant and in-depth diagnostics on the negative impacts that its products can have.

In the series so far, it has been revealed, for example, that Facebook was aware that modifying its algorithm in order for people to view content that fostered “meaningful social interactions” ended up generating polarization, division and aggression. But as this modification increased the use of its platform, Facebook did not decisively tackle the problem.

It was also exposed that Facebook knows for a fact that Instagram affects the mental health of around 20% of the adolescents who use this application, and that it has chosen not to do something about it.

The WSJ series further revealed that Mark Zuckerberg’s company knows that cartels and human traffickers use its platform in developing countries, but that it usually acts late and does not do enough to prevent it.

The latter system is much more tolerant than the former, so that the people Facebook considers “important” can practically say what they want without being penalized. This despite the fact that Facebook knows that these people have a much greater influence on public discussion.

The WSJ revelations are just beginning. However, these are in addition to the already known practices of secretly collecting the information of its users – including the fact, reported by Propublica, that it violates the privacy of those who use WhatsApp – of selling this information to third parties, of allow the intervention of external forces in democratic processes, not to fight disinformation head-on, and not to eliminate bots or fake accounts.

The above is not a thing of the past: this is the pattern that Facebook is currently following. It is therefore no coincidence that there are those who affirm, concerned, that it is increasingly difficult to believe that Facebook is a “net good” for society.

It seems to me that raising this concern implies a generous understatement: the evidence we have not only indicates that Zuckerberg’s company is not a “net good”; they point directly to Facebook being a “net evil” for human beings by operating as it currently does.

To this we must add that Facebook has shown that it acts maliciously, since it has solid studies in its hands that demonstrate the damage it does to its users. However, these studies end up shelved because acting accordingly would mean losing money, power and influence.

The revelations we’ve reviewed put us in a position to see why it’s concerning that Facebook is on its way to becoming the master of the metaverse.

If Mark Zuckerberg and company have acted as they have and caused such damage in a limited network such as the one we currently use, it is easy to see that the impacts of their behavior would be more momentous in an environment as integrated, sophisticated and submersive as the metaverse that seeks to dominate.

It is clear that an evil force is preparing to conquer the metaverse. It is also true that the cost of Facebook and Zuckerberg becoming the masters of this space would imply a further degradation of human thought, our rights, our well-being and democracy.

But the battle for the metaverse is not lost.

Although Facebook acts maliciously whenever it can, there is a history that shows that when locks, penalties or restrictions are placed on it that threaten its interests, Mark Zuckerberg backs down and modifies to avoid being displaced.

This billionaire’s company is also increasingly concerned about the lawsuits against him, the damage to his image and the possibility of losing users. This means that, although we are late, we still have time to put a stop to those who dream of being masters of the metaverse.

For this, it is necessary to first reveal the nature of that space and the evil actions of those who want to dominate it. And measure the threat that this combination represents.— Edinburgh, United Kingdom.

Doctor of Philosophy (University of Edinburgh)