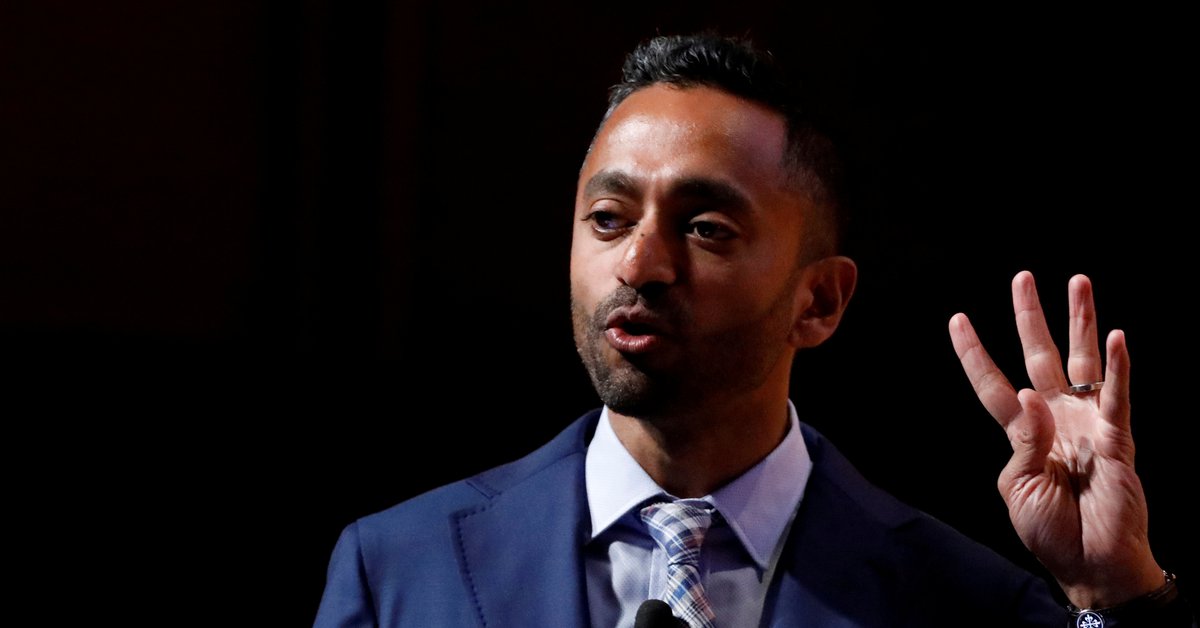 The billionaire investor Chamath Palihapitiya expressed his concern about the record increase in inflation in the United States, clarifying that this phenomenon, which he does not see as transitory, has led him to rethink his investments.

Palihapitiya, a former Facebook executive who runs venture capital fund Social Capital, said in a letter posted on Twitter that “the markets have been at a peak” and that “almost everything seems to be at all-time highs.”

However, the investor warned of a number of concerns. “Inflation is also at 30-year highs,” he clarified. “And we are printing more money than ever with rumors of more stimulus on the way,” he said, according to Business Insider.

In this regard, the Federal Reserve is currently pumping more than $ 100 billion a month into the economy through bond purchases, and Congress is studying the details of major new public spending programs. In other words, higher inflation in the future.

Palihapitiya stated in his All In podcast that he believes that strong inflation is here to stay, saying that it will be “persistent”, unlike what the Federal Reserve has commented so far.

In this regard, he argued that, since large companies such as Amazon and McDonald’s are raising wages a lot, this strategy will force other sectors to pay more as well.

Palihapitiya admitted on his podcast and in his letter that he is unsure how to approach investing in today’s environment. In this sense, he admitted on the podcast that he is “totally confused.”


His words seem to be influenced by the CEO of Tesla, Elon Musk, and the founder of Amazon, Jeff Bezos, who have sold billions of dollars’ worth of stock in recent weeks, as he pointed out without naming them.

“Two entrepreneurs I have considered the smartest capital allocators of our generation are taking chips off the table,” Palihapitiya wrote in the letter.

For this reason, the billionaire investor clarified that his thinking had led him to sell 15% of his stake in the Fintech company SoFi, in order to accumulate some cash reserves and finance investments in other areas of the market that, according to him, are “ ripe for opportunity ”.

These new investments include Mitra Chem, a battery company, and Spectral and Syndica, two companies focused on decentralized finance and cryptocurrencies, noted Palihapitiya, who also hopes to increase its stake in Clover Health.

It should be recalled that SoFi was listed on the Nasdaq this year after merging with one of Palihapitiya’s white equity companies. Shares of the fintech company fell 2.6% yesterday and fell about 2% in pre-market trading on Friday, at $ 20.57.

Palihapitiya made the leap to fame in the past two years by aggressively betting on takeover companies, earning him the nickname “King of the SPACs.” For this reason, he has become a celebrity among retail investors and now his fortune reaches $ 1.1 billion, according to Forbes.

Still, he is not the only investor who is thinking deeply about inflation, which in October rose to its 31-year high of 6.2% year-on-year in the US.

In this sense, Elon Musk He said Tesla is feeling the effect of higher prices and supply chain problems in the aftermath of the pandemic. Meanwhile, Allianz’s chief economic advisor, Mohamed El-ErianHe also argued that inflation is here to stay and that the Federal Reserve has made one of the worst judgments in its history by dismissing price increases as temporary.

However, the US stock market has continued its upward march and continues to hit all-time highs. The S&P 500 is up 25% so far in 2021, recently driven by strong corporate earnings and evidence of growth from the underlying economy as it reopens.

Gas and electricity tariff segmentation: the schemes analyzed by the Government
Four keys to understanding why one of the dollars that are sold in the stock market went up
The subsidized MEP dollar is over: the price paid by retailers on the stock market for the currency jumped and is close to $ 200
Meeting in Government to advance with the 2022 Budget and the public works plan after the elections