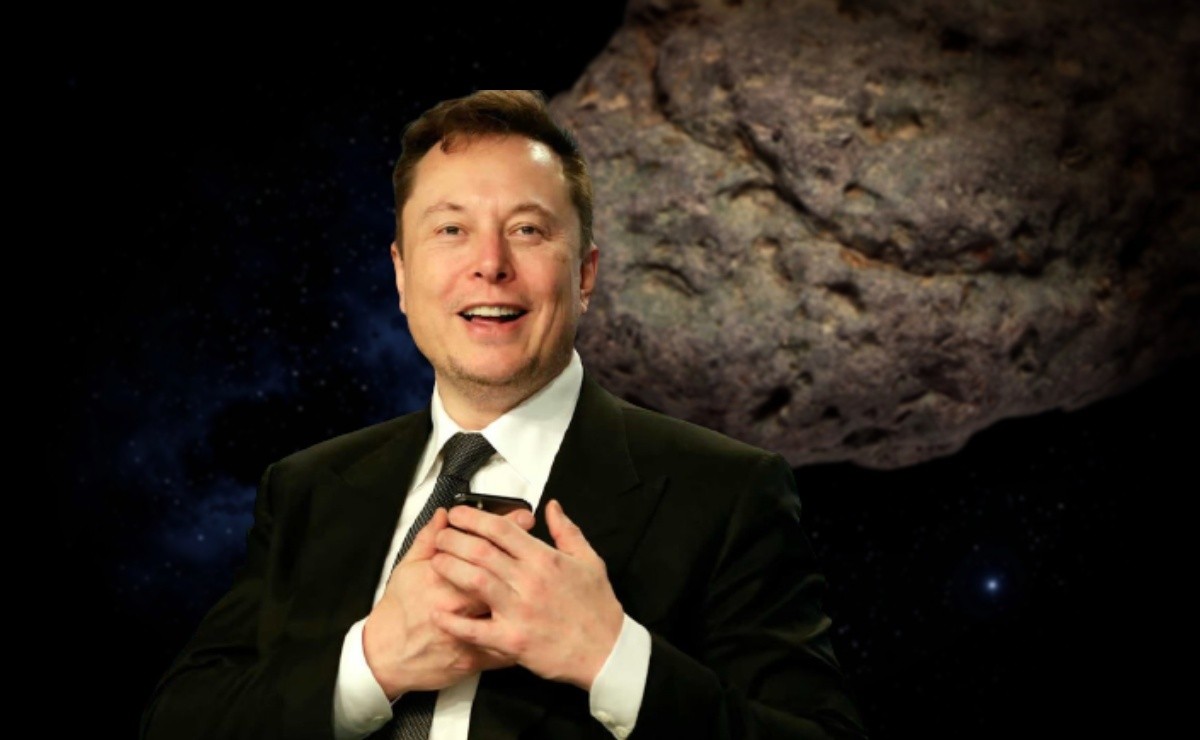 Maybe at some point you heard the name “Psyche 16“Otherwise, it is never too late. It is a asteroid discovered in 1852 who is in the crosshairs of the National Aeronautics and Space Administration (NASA) and billionaire businessman Elon Musk, who intends to reach him by collaborating with his Space X company.

Probably from the title of this text you understand why, but if not, we will see it in detail here. It is not because of its 226 kilometers in diameter, nor its location not so far from Earth, 370 million kilometers, but because estimates indicate that would be worth more than the global economy.

His approximate value of 10 quadrillion dollars, or 200 quadrillion pesos, are space bait for the ambitious human minds that in 2022 they plan to launch a reconnaissance mission looking to learn more about the meteorite found in the asteroid belt of Mars and Jupiter.

If the calculations are true, NASA from the hand of Elon Musk would reach the celestial body that it would have been part of a planet that failed to materialize. Its main composition, according to scientific speculation, would be iron, nickel, platinum and gold. Literally a space mine ready to be exploited.

The ship that would be sent in 2022 by the United States (USA) space agency and Space X aims to reach the asteroid in 2026 and carry out exploration work to confirm whether it lives up to the name “golden asteroid.”

There is no doubt that science and technology surprise us more every day, with advances that a few decades ago would be considered science fiction, or even “ridiculous” by the most conservative sector of the scientific community.

In the event of the arrival of NASA and Elon Musk’s company to “Psyche 16”It would be the first time that the space agency made contact with an asteroid of that composition.

My name is Juan Pablo Chaidez Aispuro, born in Culiacán, Sinaloa in a small family whose nucleus originally consisted of four people: father, mother and two children. From my early years I showed a taste for watching the news and staying informed. I graduated from the 2014 – 2018 generation of a degree in Journalism from the Autonomous University of Sinaloa (UAS), the first in that career since its opening. Regarding professional experience, I was able to gain apprenticeship during a period of six months in the sports area of ​​the Noroeste newspaper, where I did professional internships. Later, I had the opportunity to spend another six months in the ranks of Radio Sinaloa, particularly in the news station Informativo Puro Sinaloa, run by the state government. There I covered local issues, recorded voice for the newscast, contributed content for other broadcasts and had live participation. Since 2020 I have been in Debate, a company that opened the doors for me to become a web reporter, and months later to occupy the position of Editor on the Debate.com.mx site.

Ambition? NASA and Elon Musk go for an asteroid valued at $ 10 quadrillion