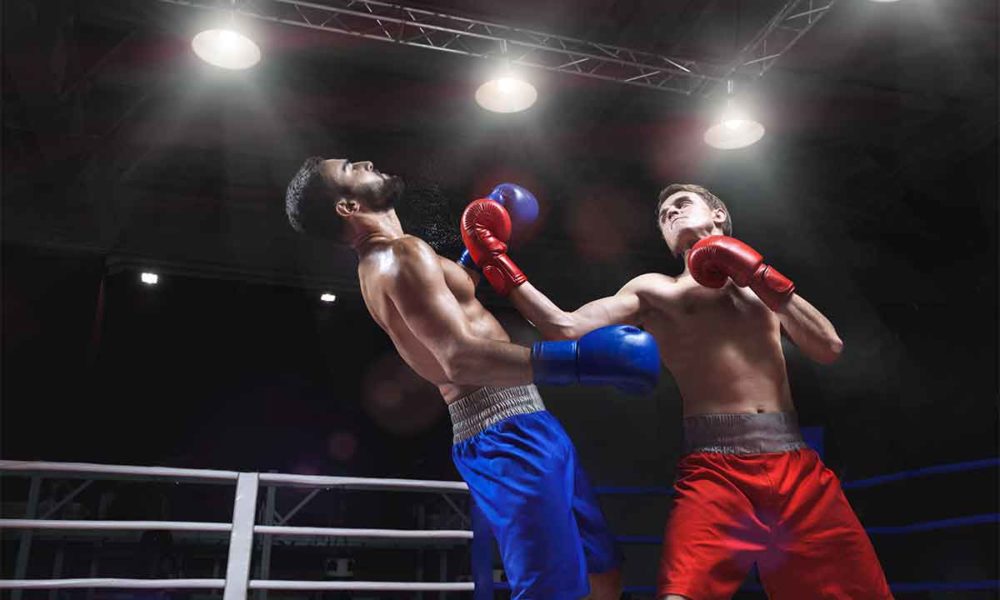 The confrontation between the binomial formed by Amazon and Blue Origin against SpaceX or, to be more exact, Between the monstrous egos of Jeff Bezos and Elon Musk seems to keep climbingor. As we already told you a few weeks ago, Amazon decided to present an allegation to SpaceX’s plans for the launching into orbit of several satellites of its StarLink constellation, a claim in which it asked the US FCC to dismiss SpaceX’s plans, for something it considered especially irregular.

The problem for Amazon is that SpaceX presented two different plans, mutually exclusive, and requested the approval of both. The reason? That each of them would use a different vehicle. In the first SpaceX intends to use the Starship, while the second contemplates the possibility that the large ship is not ready, and instead it would use the more than proven and fully operational Falcon9. It seems like a pretty logical option, but Amazon is against it and has expressed it.

That action by Amazon is just the latest in a series of actions taken by Jezz Bezos’ companies after they NASA will exclusively award SpaceX the contract for the manned mission to the Moon in 2024, leaving out Blue Origin. Something that, added to the evil losing demonstrated by Bezos, is taking his space company to quite a compromising situationa, because its image does nothing but look deteriorated, compared to that of SpaceX, which in addition to having made the contracts continues to advance in its plans.

SpaceX was not going to be silent, of course, last week it responded to the FCC regarding Amazon’s communication, and it did so in a rather forceful way, claiming that Bezos’s used to litigate because they couldn’t compete. This in a letter reviewing Amazon’s activities with regard to its plans to create an Internet access service via satellite, which would, of course, be in direct competition with Starlink. It was certainly not a kind letter.

And of course, was Jezz Bezos’ company going to let him be? To paraphrase a popular social media meme, “According to quantum physics, there can be infinite universes, and the answer to that question in all of them is NO.” Today we had an answer by Amazon, through the FCC (which is possibly getting tired of having to exercise the role of the school playground), in which the company, far from backing down or, at least, trying to redirect the situation, continues to give out as many criticisms of SpaceX as it is capable of compiling in a text.

«Whether it’s launching satellites with unlicensed antennas, launching unapproved rockets, building an unapproved launch tower, or reopening a factory in violation of an environmental protection order, the conduct of SpaceX and other Musk-led companies makes it look very clear: the rules are for other people, and those who insist or simply request compliance are worthy of ridicule and ad hominem attacks«, States Amazon’s response in its second paragraph.

How does the letter start?

«Trying to get a company run by Musk to comply with flight regulations? You are “fundamentally lost”

Trying to bring a company run by Musk up to health and safety standards? You are “not chosen and ignorant”

Attempting to make a company run by Musk comply with US security laws? They will call you in many ways, some too crude to repeat.

In the words of the Wall Street Journal, Elon Musk is waging a “war against regulators,” public officials charged with uniformly applying the same rules to all.»

I think Jezz Bezos is over-braking. I understand your difficult position, but you are acting exactly as, not so long ago, you claimed that the potential losers of NASA’s bid would surely act (when, it is understood, you considered that Blue Origin would not be on that list). And with this way of acting, and although in this case it does so on behalf of Amazon, the one who is receiving the blows in its already battered reputation is Blue Origin.

AND I’m not saying that Elon Musk is a saint., far from it. SpaceX has acted badly on more than one occasion, and it is only fair that this be taken into account when evaluating the company. However, it is indisputable that it has managed to deploy its satellite Internet access network in a tremendously efficient way, while Amazon Kuiper’s plans are progressing much more slowly, to the point that they still do not have any satellites in orbit.

Thus, in these circumstances, and thus opposing reasonable plans by SpaceX, Amazon implies precisely what Musk’s company stated in its response, that since they cannot compete, they claim. And that, without a doubt, is a terrible blow to the image of both Project Kuiper and Blue Origin.