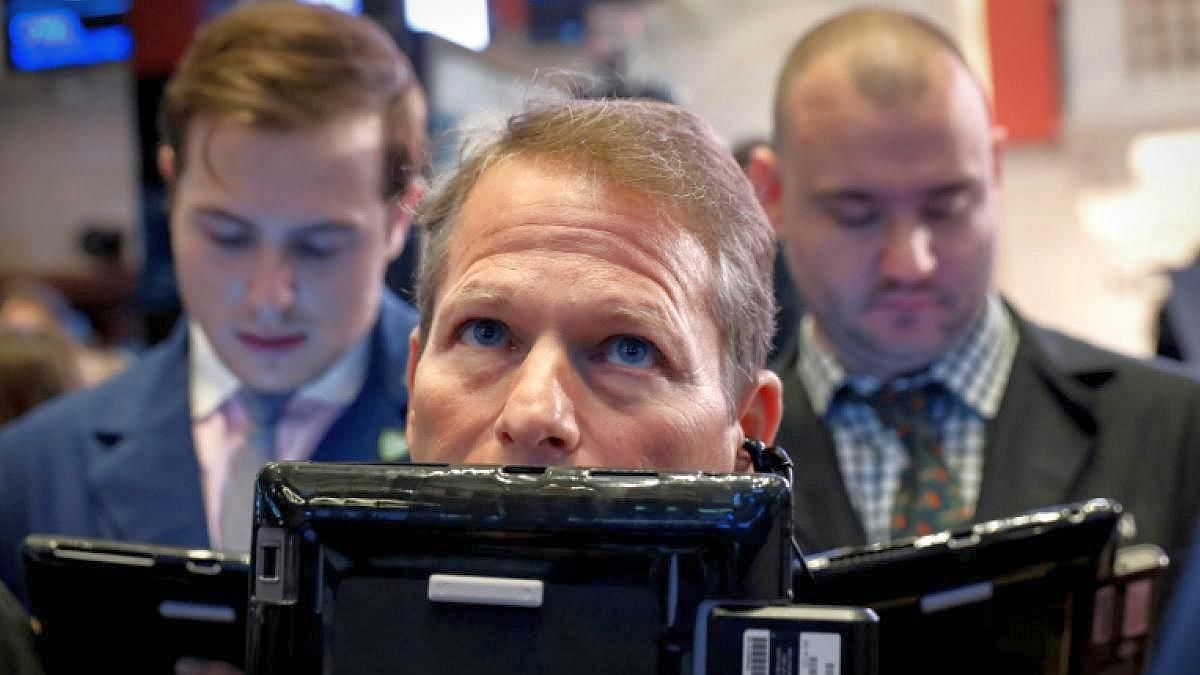 I want to start the note by showing you the following graphic:

On the blue line we see the S & P500 index, which has had a brutal climb. The orange line, for its part, shows a ratio that represents how many shares sell the “insiders“In relation to what they buy. The bottom line is that they are selling more and more.

What is a “insider“? Basically it is someone, either owner or manager, who has more than 10% of the share package of a company. Being such important people, they are highly regulated by the SEC (US Securities Commission) and must file forms every time they make purchases or sales. In addition, for each purchase movement they must wait six months to be able to sell them, in line with the aim of avoiding the use of privileged information.

You do not have to be very meticulous to reach the first and main conclusion: it is visible, when you see the graph. The signal is alert.

Let’s look at the situation the other way around: suppose that the insiders they were buying heavily the shares of their companies. Clearly this would be a great sign of confidence. If the insiders buy it is because, it is very likely, that the price of their shares will rise. Investors from the general public, seeing this, would be more willing to enter such stocks, given the great expectation that this signal generates.

This would be the ideal world, but what is happening is diametrically the opposite. The insiders They are taking advantage of current valuations to go out and sell their positions. Clearly, this signal is alert and bearish. Who would be comfortable buying shares in a company whose owner / manager is doing the opposite?

According to Verity (investment data research platform), in 2021 the insiders They have sold more than USD 69,000M in shares, which means an increase of 30% compared to 2020 and 79% compared to the average of the last 10 years. And it is feared that in December the situation will be magnified due to the fact that it is an active month due to tax planning.

It is estimated that more than 30% of total sales this year were concentrated in Elon Musk (Tesla), Jeff Bezos (Amazon) and Mark Zuckerberg (Facebook).

In the United States, an increase in federal taxes for high-income people is being debated, which may have motivated the insiders to sell a large part of their positions. But, without a doubt, the most relevant factor that drove the massive sales is the degree of valuation of the companies and the market in general.

As a reference, I leave you the Warren Buffett indicator to measure market sentiment. It is simply the value of the US stock market in relation to its GDP.

As can be seen, it is at record highs and shows the stock market overheating that we are going through. Also, let’s take this data into account: 71% of the Nasdaq’s profit this year is represented by Apple, Google, Tesla and Nvidia. Curious, huh?

The information analyzed reflects the situation the market is experiencing and how the insiders They take advantage of the excessive euphoria to go out to capitalize profits by selling their shares.

Each one will know how to operate accordingly. What is clear is that buying US stocks today, thinking in the long term, is a mistake and the chances of seeing huge losses in the near future are very high.

To finish, I want to invite you to download a free report that I prepared so that you can face the next crisis and know how to beat the market. I think it will serve you a lot. You can download it at the following link: Financial Letter – duplicate capital.

Alert: owners of Tesla, Amazon and Facebook sell their shares