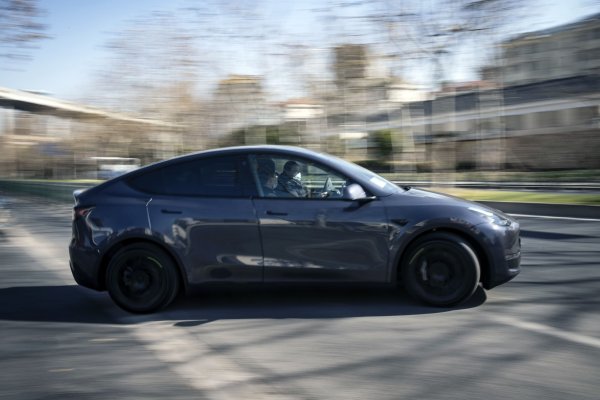 The figure is a barometer of demand for electric cars globally.

Tesla and Elon Musk could have good reason to celebrate New Year’s Eve, as workers roll forward with record quarterly deliveries in the closing hours of 2021, culminating a year where the company hit $ 1 trillion. in market value.

The number of deliveries makes up one of the most observed metrics at the automaker: supports financial results and is seen as a barometer of consumer demand for electric vehicles, in the middle of a global transit from the internal combustion engine.

The fact of being in the forefront of this wave helped Musk reach a fortune close to $ 273 billion. The CEO of Tesla became considered the richest person in the world in 2021.

The Austin, Texas-based multinational generally counts its sales until midnight on the last day of the quarter, which in this case equates to New Year’s Eve. On average, a dozen analysts surveyed by Bloomberg estimate that Tesla could report about 265,000 deliveries, and recent forecasts from Credit Suisse suggest as many as 290,000. This surpasses the record of 241,300 reached in the third quarter.

Tesla employees often go out of their way on the days that close a quarter, with volunteers from local homeowners’ clubs coming up with donuts and offering help. Musk encouraged them in one of his many tweets, thanking the staff last week for working the holiday period and noting that there were still “a lot of Tesla cars to deliver before the end of the year.”

It may interest you: Tesla recalls more than 475 thousand cars in the US

Tesla manufactures the S, X, Y and 3 models at its Fremont, California, automobile plant. It also produces the Y and 3 models at a factory near Shanghai, which produces cars for China and Europe. Manufacturing in Asia will be critical to both the delivery figure and the company’s gross margins.

In 2022, Tesla will open two additional assembly plants, one in Austin and one in Berlin, allowing it to build vehicles on three continents and expand its production capacity.

In 2020, the company delivered just half a million vehicles during the year and It has repeatedly reported that it expects a 50% annual growth in deliveries over a period of several years.

A strong quarter would show that Tesla is holding up well amid supply chain turmoil, the highly contagious omicron variant and snowstorms that have hit much of the West Coast.

Musk has said the semiconductor shortage is affecting production, even going so far as to criticize two of the world’s largest chip suppliers. But it has fared better than other automakers, in part due to efforts by its engineers to rewrite the software to fit whatever chip they can find for other purposes.

It could also give a boost to the company’s shares, which have fallen more than 12% from their peak on Nov. 4, when the CEO sold a good part of their titles.

After the public voted affirmatively in a November 6 Twitter poll where Musk asked if he should sell 10% of his stake in Tesla, the mogul has sold about 15.6 million shares, which effectively corresponds to almost the 10%, including exercisable options.

It may interest you: FT interviews Elon Musk, the controversial CEO of Tesla, in depth and names him “Person of the Year”

Against the clock: Tesla goes for record of deliveries before the New Year