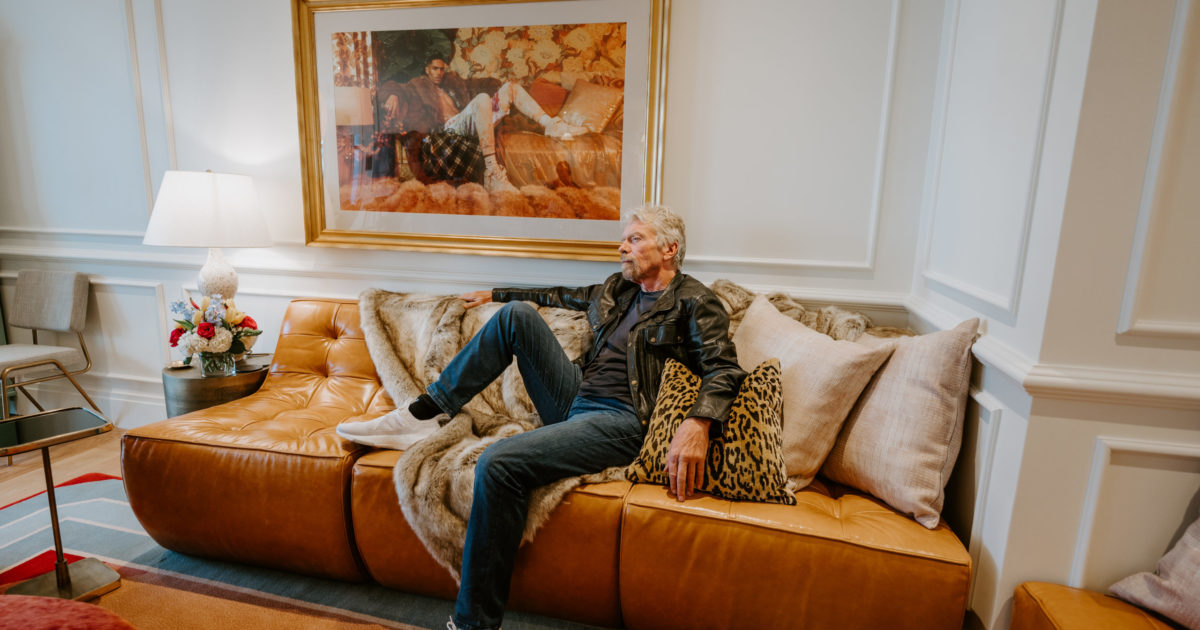 It seems like yesterday when he was broadcasting his first trip to outer space and now the founder of the Virgin Group, Sir Richard Branson, reappears public to inaugurate the most recent complex of Virgin Hotels in the festive city of New Orleans.

The tycoon arrived at the property accompanied by Marching 100, the internationally acclaimed music band from St. Augustine High School, from nearby Lafayette Square.

RICHARD BRANSON MADE IT, TRAVELED INTO SPACE, IN HIS OWN SHIP, BEFORE JEFF BEZOS AND ELON MUSK

At the event venue he was joined by various live musical performances by Ivan Neville and DJs Boyfriend, Logic and Jodeci Juice, among others, who showed off the hotel’s fabulous dining and entertainment spaces. Presentations were held throughout the property, from the Shag Room y Commons Club on the ground level to the Pool Club and Dreamboat from the 13th floor.

“We are excited to be a part of this community and embrace the incredible spirit of New Orleans,” Sir Richard Branson said. “How wonderful it is to celebrate this beautiful new property and be part of the continued growth of one of the most magical cities in the world.”

A celebration with a cause

The opening of the newest ofVirgin Hotels It was not the only thing that was celebrated, since a generous donation was also made to supportSt. Augustine High School in repairing the damages suffered by Hurricane Ida. In addition, both Sir Richard Branson and the director of Virgin Hotels gave a talk to the students.

“Our enthusiasm for the opening of Virgin Hotels New Orleans grows stronger every day as we witness the passion and pride that New Orleans residents feel for their hometown. The welcoming spirit of the city, live entertainment and incredible culinary experiences are all things we are excited to bring to life at our hotel. “, said James Bermingham, director ejecutivo de Virgin Hotels.

What does the new boutique hotel offer in The Big Easy?

Virgin Hotels New Orleans is the latest in Sir Richard Branson’s lifestyle hotel expansion plan. It has 238 rooms called “Chambers”, a pool club and a rooftop lounge, entertainment spaces, the Shag Room, ideal for small meetings, the Dream Boat bar on the top of the 13th floor and gastronomic offerings such as a library cafeteria, and the Commons Club restaurant that features an Alex Harrell food and beverage program, and shares a name with those we also find at Virgin hotels in Nashville, Chicago and Dallas.

If you plan to visit the city, also known as The Big EasyYou cannot miss all that this new Sir Richard Branson hotel has to offer. You can book in the website de Virgin Hotels.