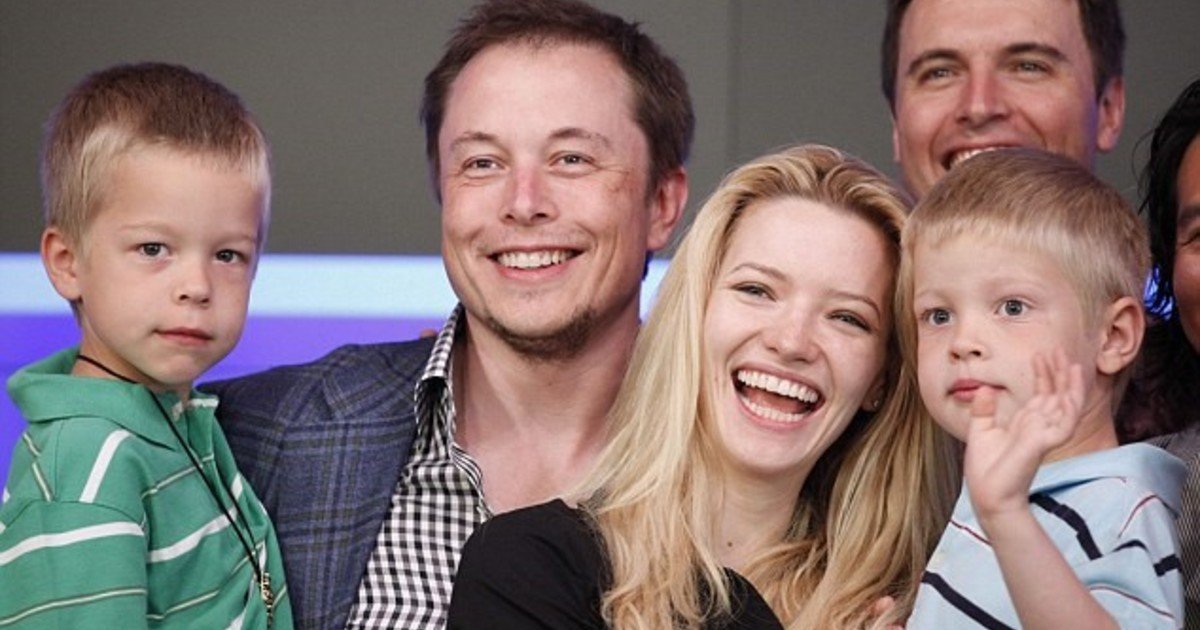 Tycoon Elon Musk He is as well known for his inventions as for his eccentricities: they prompted him to develop an autonomous car, a fleet of satellites that provide internet in areas without connectivity, or a flamethrower. AND he also got into education.

In 2014, for example, the billionaire announced the creation of Ad Astra, a mysterious disruptive school with its own system, in which its children and only a select few study.

Although very little is known about this exclusive school, the headquarters are located on the premises of SpaceX in California. For example, until a while ago, only the logo and an email address appeared on the website. That until June 2018, because now not even that.

Elon Musk has seven children in total. With his first wife, Justine Musk, he became the father of Nevada Alexander (2002, died at age 10 weeks), twins Griffin and Xavier (2004), and triplets Damian, Saxon, and Kai (2006). His seventh child is little X AE A-XII Musk, born in May 2020, as a result of his relationship with the singer Grimes.

Due to its innovative and eccentric nature, the CEO of Starlink and Tesla he did not want to take his children to a traditional elite school. “I hated going to school when I was little, it was torture“confessed Musk, who was bullied as a child in South Africa.

So it was that seven years ago he founded his own school with his own methodology, supported by a former teacher from the Mirman school to gifted childrens, located in Beverly Hills, Los Angeles, which her children used to attend.

“I created a small school”Elon Musk said in a television interview in Beijing (China). There he spoke for the first time about Ad Astra and explained that his educational model would be oriented to student skills and, furthermore, to be an alternative to the age segregation model imposed by traditional education.

The goals of this hermetic school is, mainly, to constitute itself as an alternative to the age segregation model. Musk says that separating children by age does not make sense for education, because students have different interests and abilities that are independent of how old they are.

Another focus is the capacity for Problem resolution. Instead of giving children “tools” in a vacuum, they should be taught how to solve problems, he said.

The tycoon also pointed out that he does not have to “encourage his children to play”, since education through games comes naturally for children.

Lastly, the Ad Astra educational model. In this school, Elon Musk explained then, that the institution is based on do not grade studentsbut look for their skills.

“Indeed, there are no qualifications, instead of treating the school as an assembly line, I think it makes more sense to attend to education so that match your skills and abilities of the students ”, the businessman explained in the same interview in 2015.

In the Everyday Astronaut video you could see the inside of the Starbase.

“The school currently has 14 children and will increase to 20 in September“Added the businessman at the time, but by 2018 he already had 40 students, according to the BBC.

There the children are not separated by degrees according to their age. Boys from 7 to 14 years old (which is the age range of students) are taught to work together as a team.

The curriculum does not include sports subjects, foreign languages ​​or music. The 50-year-old businessman considers that it is no longer appropriate to teach foreign languages ​​in schools, because today there is real-time translation software. Something highly debatable for most, but perhaps reasonable for Musk’s children.

Who studies at Ad Astra

“It was said at some point that Ad Astra was for the children of SpaceX employees, but it is not clear which workers are being offered the offer, or to how many or under what conditions,” Simon said. “It is not known exactly who these children are,” he added.

In an informal visit made by BBC Mundo in 2018, which had the condition not to reveal many details of the program, they were able to verify that Ad Astra does exist, learn a little about its operation and clarify some rumors.

Among the discoveries they were able to reveal is that children they don’t have to pass any IQ test to be admitted. In reality, potential students visit the school and interact with the staff, who discuss whether the little ones will be able to enjoy and take advantage of the Ad Astra educational model.

For now, children whose parents do not work at SpaceX can request your income exclusively by reference from someone you know. However, they plan to make the registration process a little more flexible, always with a limited number of places to maintain the disruptive spirit of the campus.