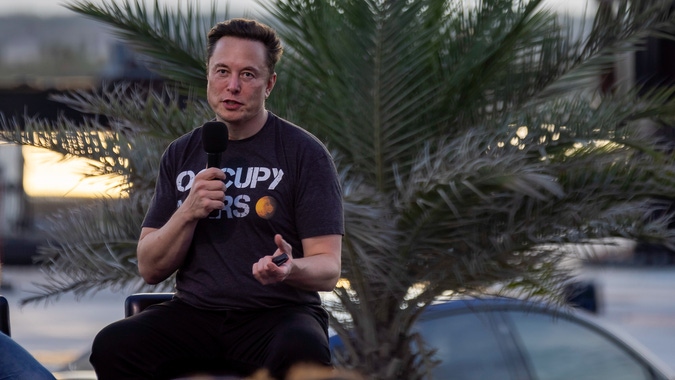 star ship is one of the most ambitious projects of Elon Muskbecause this ship is planned to take civilians (that is, not astronauts) to the Moon and Mars.

According to the richest man in the world, whose companies include Space Xthe first liftoff of the rocket could occur in November this year.

However, the tycoon did not rule out that the long-awaited event will take place in October, although it really all depends on the circumstances and the environment.

Through a reply to a follower’s tweet, Elon Musk He stated that he hopes that end of 2022 two thrusters and two ships are ready, with the aim of being able to carry out orbital flights.

Once these are carried out, work will be done to have an entire production of the vehicle approximately every 60 days.

The huge rocket consists of two parts: the Super Heavy Boosterwhich is the thruster, and the spaceship star shipwhich is about 50 meters high.

The objects that make up the mission will be reusable, so they will be able to be in orbit more than once.

The launch of Starship has been announced on several occasions, but only to be suspended, the first due to problems in the development of the artifact and the following due to an investigation by the Federal Aviation Administration (FAA) which at the time was considered to have a negative effect on the environment.

If all goes as planned, SpaceX will begin firing all 33 engines before being able to launch star ship to space.

The orbital flight test will use the prototypes booster 7 Y ship 24 that they will land in the Pacific Ocean and in the Gulf of Mexico respectively.