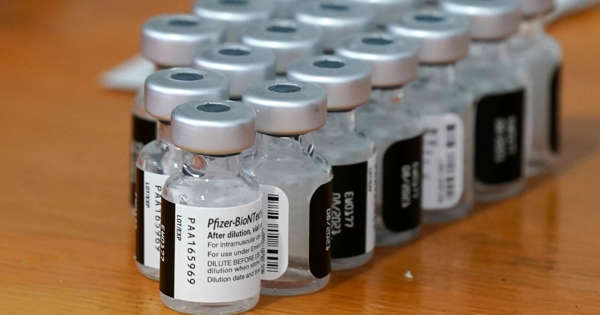 Oxfam affirms that economic and social inequality contributes to the death of “at least 21,000 people every day, or one every four seconds”, due to lack of access to healthcare, being exposed to gender-based violence, hunger or the climate crisis.

Mexico City, January 19 (However).– A group of researchers said that a progressive wealth tax about the richest people in the world might pay for every person on the planet to be fully vaccinated and raise a section of its population above the poverty line.

The taxes would start with a rate of two percent on the wealth of more than millions and would advance to five percent on the wealth of more than one billion, generating two thousand 520 million, enough to cover the cost of two vaccines and a booster for the estimated eight billion people in the world several times, according to a 66-country analysis by the Fight Inequality Alliance, the Institute for Policy Studies, Oxfam and the Patriotic Millionaires.

In December, just four per cent of people in low-income countries were vaccinated, World Bank data show, compared with more than 80 per cent of people in countries like the UK who received both doses. This is important not only because the unvaccinated are more vulnerable to becoming seriously ill, but also because it creates more opportunities for the virus to mutate, the agency says. Bloomberg.


© Provided by However
Exterior of the World Bank building in Washington, DC, on April 5, 2021. Photo: Andrew Harnik, File, AP

“While some nations struggle to administer vaccines and recover from shocks to their economy and public health, the richest are moving on to reinforcements. Even within wealthier countries like Britain, there are concerns about the inequality exposed by the pandemic, with minority communities shown to suffer disproportionately and everyday living costs such as heating consuming household budgets. low-income households,” adds the agency.

The record rise in billionaires’ share of global wealth during the pandemic, fueled by rising asset and share prices, has fueled a debate over who helps pay for that crisis. Yesterday it was revealed that the 10 richest men in the world have doubled their fortunes during the pandemic, while 99 percent of humanity has seen their incomes fall.

One report published Oxfam, based in Nairobi (Kenya), has released the study on the occasion of the celebration between yesterday and January 21 of the Davos Agenda of the World Economic Forum, which takes place virtually before a possible face-to-face event in Switzerland next June. The entity criticizes that the 10 main fortunes went from 700 billion dollars to add about 1.5 trillion during the almost two years of the pandemic, according to data obtained from various sources, including the World Bank.

In the last 26 hours a new billionaire emerged in the world.

while that time passes #LasDesigualdadesMatan.

Every four seconds a person dies… more than 21 thousand people during a day.

According to the magazine Forbes, the richest people were, as of November 30, 2021, Elon Musk, Jeff Bezos, Bernard Arnault and family, Bill Gates, Larry Ellison, Larry Page, Sergey Brin, Mark Zuckerberg, Steve Ballmer and Warren Buffet, who saw their capital by more than $821 billion as of March 2020.

The group of global millionaires has increased their fortune by some five trillion dollars, the largest increase on record, the NGO points out in its report “Inequality kills”.

At the same time that “a millionaire was created every 26 hours”, 99 percent of humanity was impoverished and 160 million more people fell into poverty, he says.

A tax on the wealthiest would pay for everyone’s COVID vaccines, study says

Two Barcelonans at Bill Gates' table
Musk and Bezos, the new colonizers
Elon Musk repented and will continue to finance the satellite internet network that he gave to Ukrai...