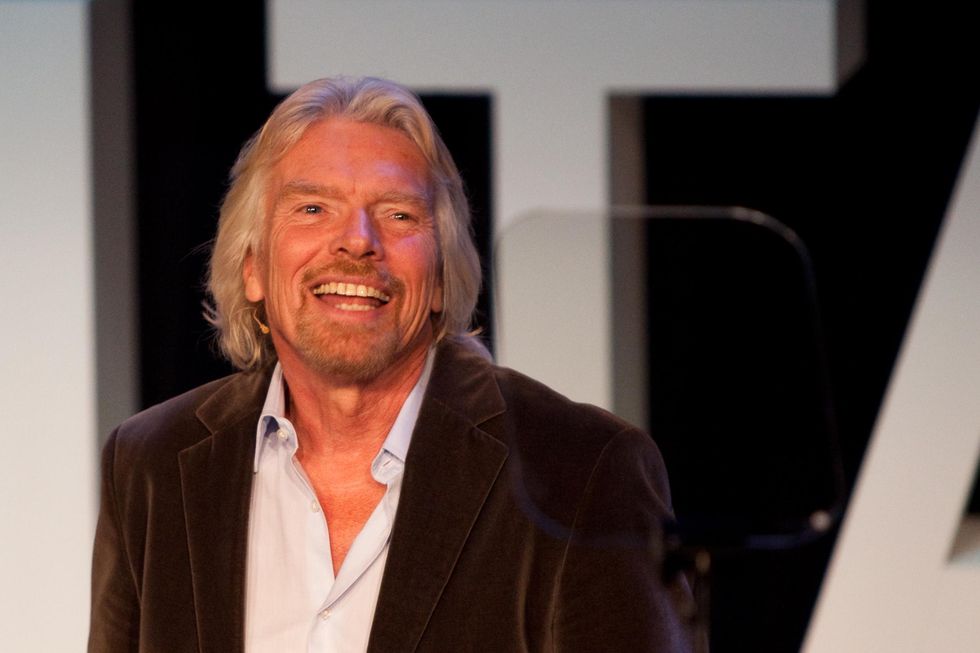 ElEconomista.com.mx. In more than 50 years as an entrepreneur, Richard Branson created an empire valued at $5 billion. He may not be one of the richest men in the world, but he is one of the best known and admired for his irreverent and challenging style of confronting the world’s Goliath companies, which he has defeated with ingenuity.

The founder of the Virgin Group, a conglomerate made up of more than 360 companies, is above all a source of inspiration for the new generation of entrepreneurs, who seek success in business, to be relevant to shareholders, partners and customers, but also to the world in which they interact, and for them, Branson has a lot to share.

In his most recent visit to Mexico, last weekend, to close the activities of the INCmty, the CEO of Virgin Group, presented in a keynote address his vision of business in the Trump era, his passion for life, family and fun and your task as a socially responsible entrepreneur.

“Smoking is like shooting yourself in the head,” says Branson in a talk with John Ratliff, founder of Appletree Answers. No matter where he is in the world, the CEO of Virgin Group gets up at 5 in the morning to work out. His hobbies include tennis, kitesurfing and swimming. This extra time out of bed not only gives you the peace to think, but also to review the day’s agenda.

2. Have time for the family

You can tell that Branson is a family man. He is married to Joan Templeman, his second wife, with whom he fathered Holly, who practices as a doctor, and Sam, a film director and model. With them, the tycoon carries out various adventures such as trying to cross the English Channel by kitesurf or doing a 2,000-kilometer bicycle tour of Sicily. For this “you have to stay healthy to achieve it.”

Much of this happiness is due to the fact that he raised children “who stand on their own and do their own things.”

“With wealth comes enormous responsibility, but there are those who think that the government should solve the world’s problems, but entrepreneurs should see that if each one of us adopts one problem, we will solve all of them,” says Branson, who created Virgin Unite, a initiative with four lines of action: make business a driving force for social, environmental and economic benefits; support market solutions that combat climate change; help startups that have a positive impact on the world and protect the rights and freedoms of human beings.

4. Have an attitude in the face of adversity

“If you have a company with 80,000 employees, there is a chance that something will go wrong,” says Branson, who in May 2014 had a “giant hug” with the team of 600 Virgin Galactic engineers, after the ship to transport tourists crashed during a test flight.

“I am optimistic and I always look for the best in people. Now we have a new spacecraft and we are confident that this time it will be successful.”

Although he was a poor student, Branson has a habit of writing. “I couldn’t have built Virgin without my notebooks.” While others speak, the businessman writes “to remind me of the 20 things that are discussed in meetings, they have also been useful for writing my books… it is important not to be alone as a spectator listening.”

Richard Branson started Virgin Atlantic Airways in 1982 with a single Boeing 747. Today it flies to six different destinations with 39 aircraft. With no money for advertising, he also used himself to promote the new airline, which soon caught the attention of British Airlines, which set out to put a stop to it. The matter ended up in court in favor of Virgin.

The ingenuity does not stop there. After television stations refused to give Branson space during the 2015 Superbowl, the English businessman countered with a masterful move that put him on the map during one of the most expensive events for advertisers. On the underside of a blimp he wrote, “NBC cameramen are the hottest,” soon all cameras were pointed at the balloon as much as the game.

Branson advises entrepreneurs to try to grow as fast as possible, so it’s hard for big companies to put them out of business.

“80% of our lives are spent at work, so leaders must ensure that employees have fun, with a smile on their face, making jokes, not taking themselves seriously,” recommends Branson, who from a very young age showed that inclination towards risk and fun.

Finally, Richard Branson sees life as a long learning process. They absorb everyone’s ideas and know, for example, during their visit to Mexico, how people feel after the elections in the United States, in which they saw the concern and impotence of entrepreneurs, but also, and this was part of your message, that it is an exciting time to undertake.